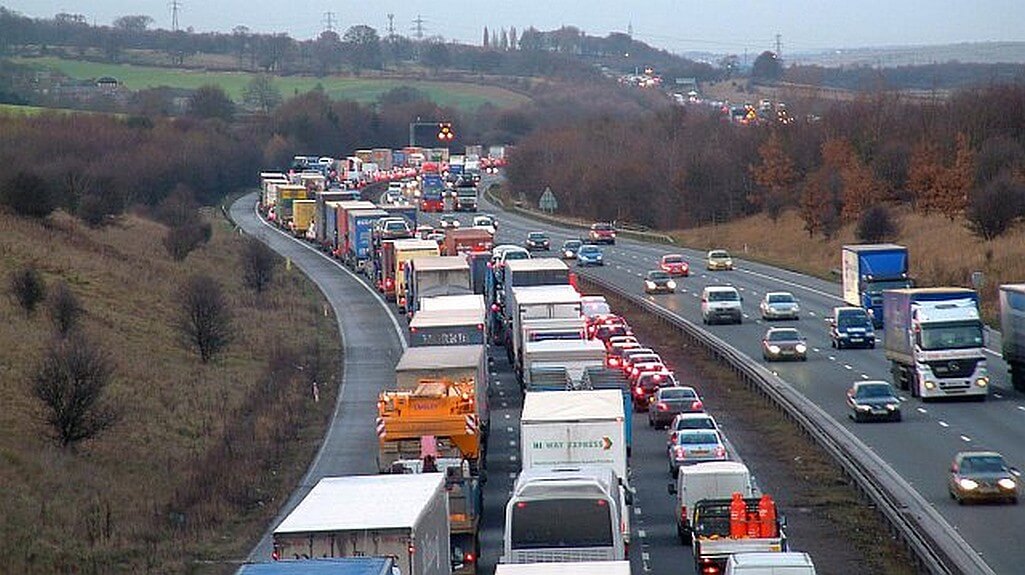 British daily The Guardian has published a leaked government report estimating traffic disruptions in the UK after the end of the Brexit implementation period. The report estimates a „maximum of 6,500 HGVs” could queue in Kent in January.

On Monday The Guardian published photographs of the aforementioned document, titled „Haulier Readiness„, in turn revealing the possible extent of the disruption to traffic after 1st January 2021, when additional customs procedures will apply at British borders.

The 46-page document was written by the Border and Protocol Delivery Group, and describes a possible worst-case scenario once the UK leaves the single market.

IT system not to be tested until November

According to the leaked document, the UK’s Smart Freight System for hauliers won’t be tested until November.

On top of that, as British hauliers have already stated, the Smart Freight System, which is to complement Operation Brock in removing pressure from Kent, will be just one of the many systems transportation companies have to interact with. In total, international transport operators may have to use no less than eight different systems. Therefore, hauliers need the time and opportunity to learn and adjust to these systems.

The Road Haulage Association (RHA) warned the UK Government in June that hauliers didn’t think they could be ready for Brexit by January. Logistics UK, the RHA, BIFA and other organisations also sent a joint letter to Michael Gove MP in September, highlighting their growing concern about both the government’s and the nation’s preparedness for the end of the Brexit transition period.

The confidential report published by The Guardian shares similar worries:

On road haulage, it forecasts that 50-70% of large businesses will be ready for cross-border trade. When it comes to smaller businesses, it assumes that as few as 20-40% of small- to medium-sized businesses will know what to do from 1 January”

This means that only 30-60% of lorries transporting goods to or from the EU would be ready for border procedures, while the rest will be obliged to carry out additional documentation before crossing the border. As a result of this delay, the report estimates a possible worst-case scenario of 6,500 HGVs queuing in Kent in January.

The „Haulier Readiness” paper calls on the government to make and publicise plans for lorry parking lots across the country, which would provide support in the early days of the UK’s new trading relationship with the EU. As we have reported, the British government approved the construction of 29 temporary parking lots for HGVs to ease parking difficulties once the Brexit transition period is over. Construction should start as soon as possible and can be carried out without the approval of local officials.

However, the confidential report states that the extra parking space in itself is not enough, as businesses also require information. Therefore advice centres should be set up across Britain on all its main motorways, including the M6, M40, M1 and M20.