The Romanian trucker decided to take the matter into his own hands. In an open letter, he turned to politicians with several important questions. It is worth noting that some of the driver’s observations reveal the inconsistency of EU institutions.

‚My name is Lucian Mititelu and I am a former driver for the Bring Trucking A.S company. Please take into consideration the fact that I am not a lawyer. (…) I have a lot of questions that the politicians seem to refuse to answer’, began the Romanian.

In the transport industry, we should not only ask whether the Regulation (EC) No 561/2006 PROHIBITS regular weekly rest inside a vehicle, but whether it ALLOWS it’, continues the trucker.

Why is it so important to use the word „ALLOW” instead of „PROHIBIT”? Because the „is it allowed” question can be given a much simpler answer, and without the help of the EU Court of Justice. This allows us to easily see that the Regulation (EC) 561/2006, art. 8 (8) introduces certain exceptions, listed as DAILY rest and clearly defined REDUCED weekly breaks. The regulations ALLOW you to take these rests inside the vehicle. In art. 8 (8), however, there is no prohibition on spending the regular week’s rest inside the cabin’, we further read in the letter.

With regard to the above doubts, Lucian has addressed a few questions to the Romanian government, the authorities of other countries and the European Commission. Here are some of them:

– What has the European Commission done in the last 11 years (since the entry into force of the Regulation (EC) No 561/2006) to ensure that drivers receive adequate accommodation for rest? With this question, Lucian Mititelu observes that Brussels has introduced exceptions to the abovementioned Regulation for a clear reason: a truck cannot be considered a proper accommodation. In addition, the regulations allow these exceptions only under the condition that the drivers agree to them.

– Why does the European Union invest in defending the right to a minimum living space and other living conditions for prisoners, but does not care about the same for its employees? – At this point, the Romanian refers to EU standards concerning the living space of prisoners in prison establishments („Living space per prisoner in prison establishments: CPT standards”), according to which the recommended surface standard for a 1 person residential cell is 6 m2. Whereas the said document defines an entire list of prisoners’ living conditions, the Regulation (EC) No. 561/2006, art. 8 (8) merely establishes that the vehicle should be equipped with „adequate sleeping accommodation for each driver„.

– Can the European Commission and the authorities of EU countries tell us why in 2018 some of the provisions are still OPTIONAL and the carriers still do not apply them?

– The drivers are not even able to defend their right to accommodation during the regular weekly break, mainly due to the lack of support from the authorities. However, how can anyone pretend that they „choose” to sleep in a truck during daily and shortened weekly rest? Why have so many steps been taken to prove that the drivers are the ones to decide to sleep in the cabin, thereby denying their right to accommodation – a right that workers in all other industries have?

The above questions were sent by Lucian Mititel on January 18 to the European Commissioner for Transport Violeta Bulc, Commissioner for Employment Marianne Thyssen, as well as MEPs Wim Van de Camp, Claudia Tapardel, Michael Cramer and Lucy Anderson. We look forward to the response from Brussels.

The topic of receiving regular weekly rest in the cabin has been controversial for years. Due to the judgment issued by the EU Court of Justice, the issue has recently once again provoked a heated debate. Some are happy about the interpretation of the CJEU which prohibits accommodation in a vehicle, others are afraid of the financial consequences of the ban. There are also those who consider the decision of the Tribunal to be detached from reality – in Europe there is no adequate infrastructure to comply with the regulations. And what do you think about it? 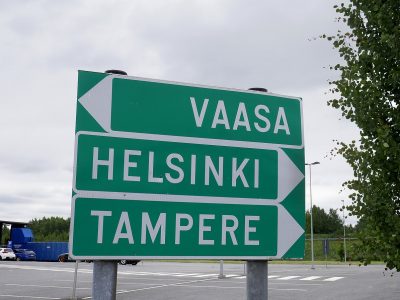 Finland chooses not to apply new... 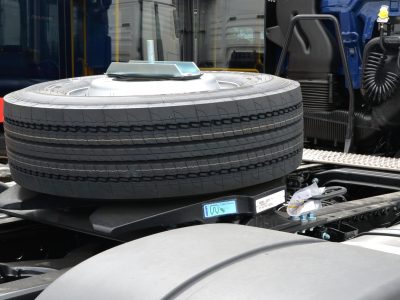 Finland chooses not to apply new EU exemptions on tachograph checks
Chinese tyres vs top tyre brands. How much value do Chinese tyres offer? (2021 U...
DTL positive about Denmark’s plans to include combined transport in cabotage rul...
RHA: unemployed don’t have £7,000 to train as lorry drivers
Waberer’s CEO: “We don’t do cabotage in Western Europe”