A special surprise for Grandpa. Refurbished Scania from 1972 as a gift for his 91st birthday 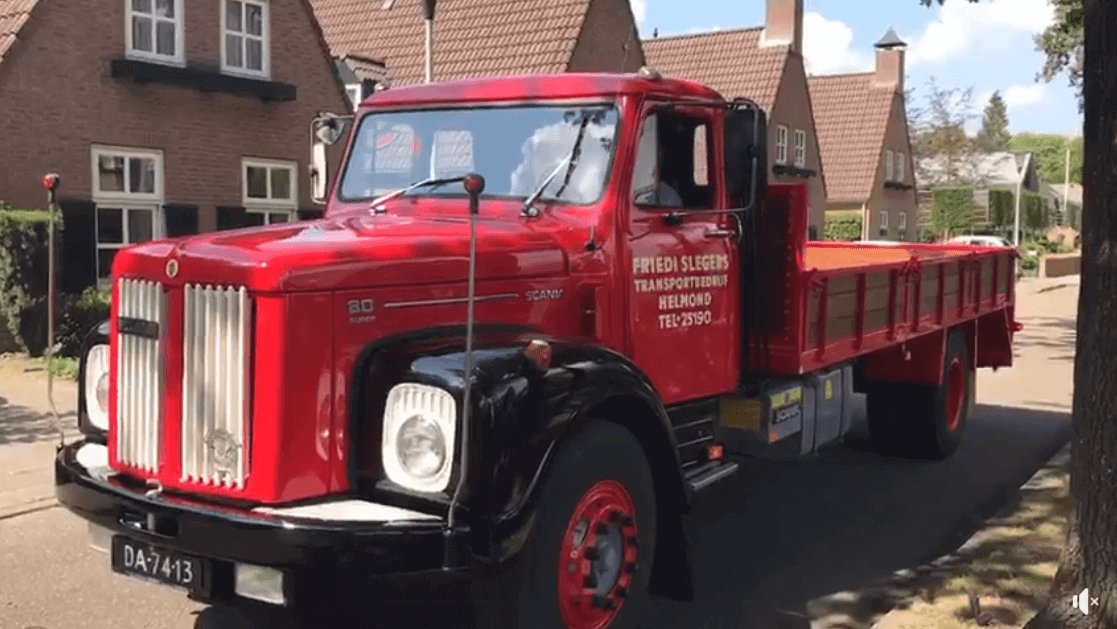 A former carrier and truck enthusiast, Friedi Slegers from the Netherlands, was surprised by his grandson with a wonderful gift for his 91st birthday. The man got a 1970s Scania. It looks exactly like the model the Dutchman used to drive years ago.

Friedi Slegers, the former owner of Friedi Slegers Transport & Warehousing, which he took over from his uncle in the late 1950s, received a special gift from his grandson. On his 91st birthday, a beautifully restored 1972 Scania L80 stood in front of his house. Exactly the same Friedi bought for the company in the mid 1960s. It was one of his first purchases.

By calling it to mind, Friedi’s grandson Teun and son Twan (who has been running the family business since 1990) wanted to pay homage to the senior of the family, reports the Dutch local daily Eindhovens Dagblad.

The vehicle was “hunted” by them already in May of this year and they made every effort to have it restored until Friedi’s birthday in mid-August. They managed to keep the whole thing secret from the grandpa.

The oldtimer was renovated, its bodywork was covered in red, which was characteristic of the company at that time, and the door was hand-painted with the name of the company – exactly like years ago.

The reaction of the recipient is not difficult to imagine. The gift evoked joy, emotion and many memories. However, Friedi regretted the fact that he could no longer drive trucks on public roads, so he wouldn’t be able to drive his Scania L80 around and wake up the locals with a horn.

But surely the younger relatives will take him for a ride!