ADAC has slammed Germany's politicians after its lorry park study found a lack of capacity is forcing HGV drivers to park in illegal and dangerous spots at motorway rest areas every day. 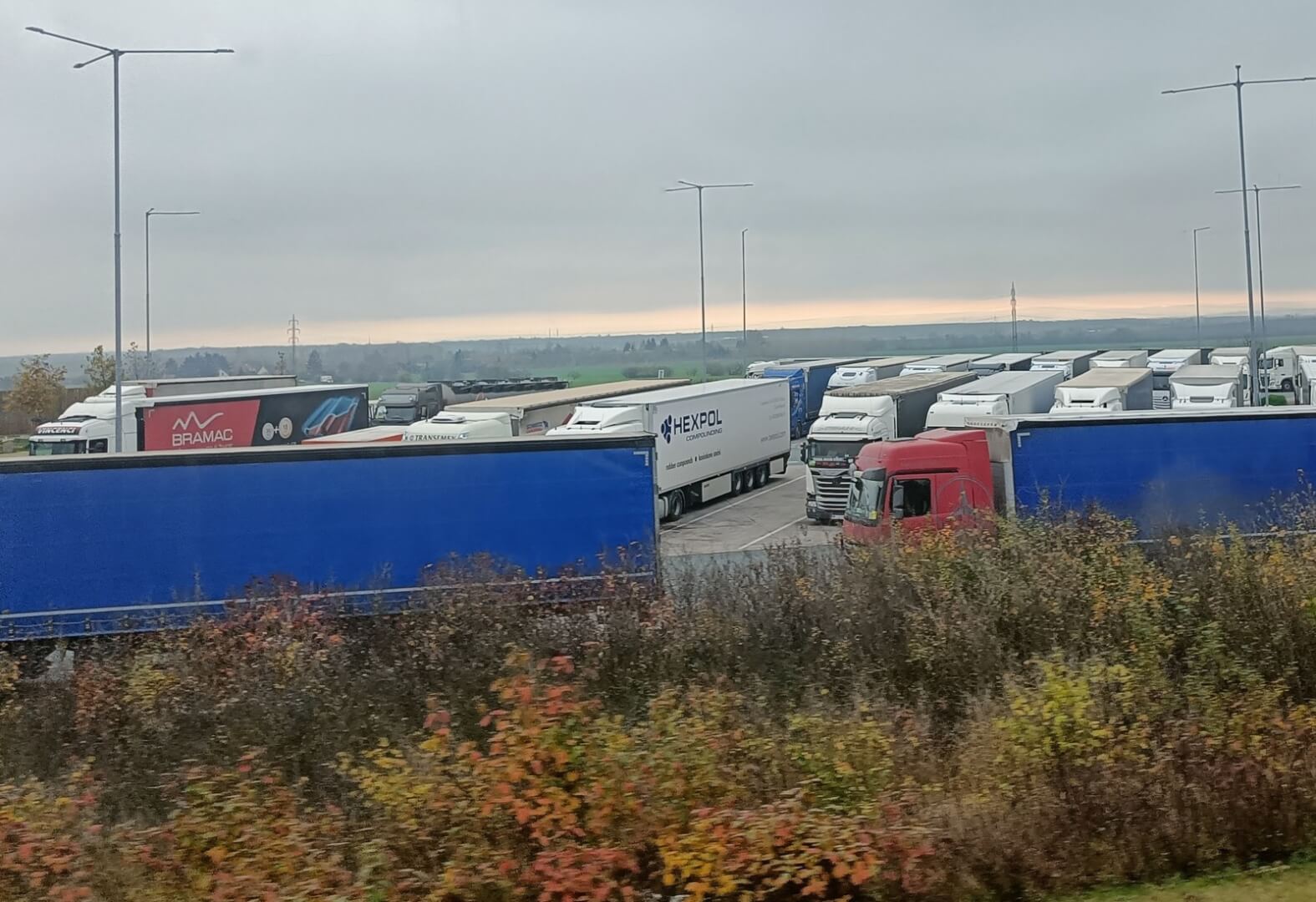 The ADAC report concludes that Germany’s truck parking space shortage is leading to “catastrophic conditions at motorway rest areas”. ADAC’s researchers also found that dangerous truck parking violations were seen at almost half of the rest areas that were checked.

Of the 96 rest areas inspected during the study, as many as 86 had trucks parked in an “absolute no-stopping zone” or in unapproved parking areas such as those intended for cars or caravans.

In addition, the parking of trucks outside of marked areas, such as in the aisles between the parking spaces, was “almost the rule” according to ADAC. It found instances of this in 92 of the 96 rest areas in the study.

Keen to stress the scale of the problem, ADAC’s press release concerning its research cited figures from the Federal Highway Research Institute (BASt), which concluded in early 2020 that Germany was short of around 23,500 truck parking spaces – 3,800 of which are required in North Rhine-Westphalia alone.

“Politics has failed! Rest stops are blocked everywhere. There aren’t enough parking spaces at the back or front, even though the problem has been known for decades and is getting worse.”

ADAC says it checked 18 rest areas in the North Rhine-Westphalia area, 72% of which had trucks parked at the entrance or on the hard shoulder nearby.

“Of course, truck drivers are never allowed to park at the entrances and exits of rest areas. Terrible accidents happen here all the time. Why do some drivers still do this? Pure desperation is often behind it, because simply no parking spaces can be found.”

Referring to Germany’s plan to spend 90 million euros on building 4,000 additional truck parking spaces near motorways before the end of 2025, Suthold said the extra capacity was “little more than a drop in the ocean”.

He added that concerns from residents and property owners regarding rest areas is consistently slowing down plans to boost lorry parking capacity.

As for what ADAC would like Germany’s politicians to do, it has listed the following:

ADAC is also calling on companies, residents and property owners to provide private parking spaces for trucks at night to road transport companies. The organisation has urged business to participate in the expansion of intelligent parking systems as well.

Finally, as regards what lorry drivers can do in the current climate, ADAC has said never to park at the entrance and exit of rest areas. It also wants to see drivers avoid using spaces dedicated to cars and caravans.