AdBlue manipulation in Germany. Fines are only the beginning of carriers’ problems. 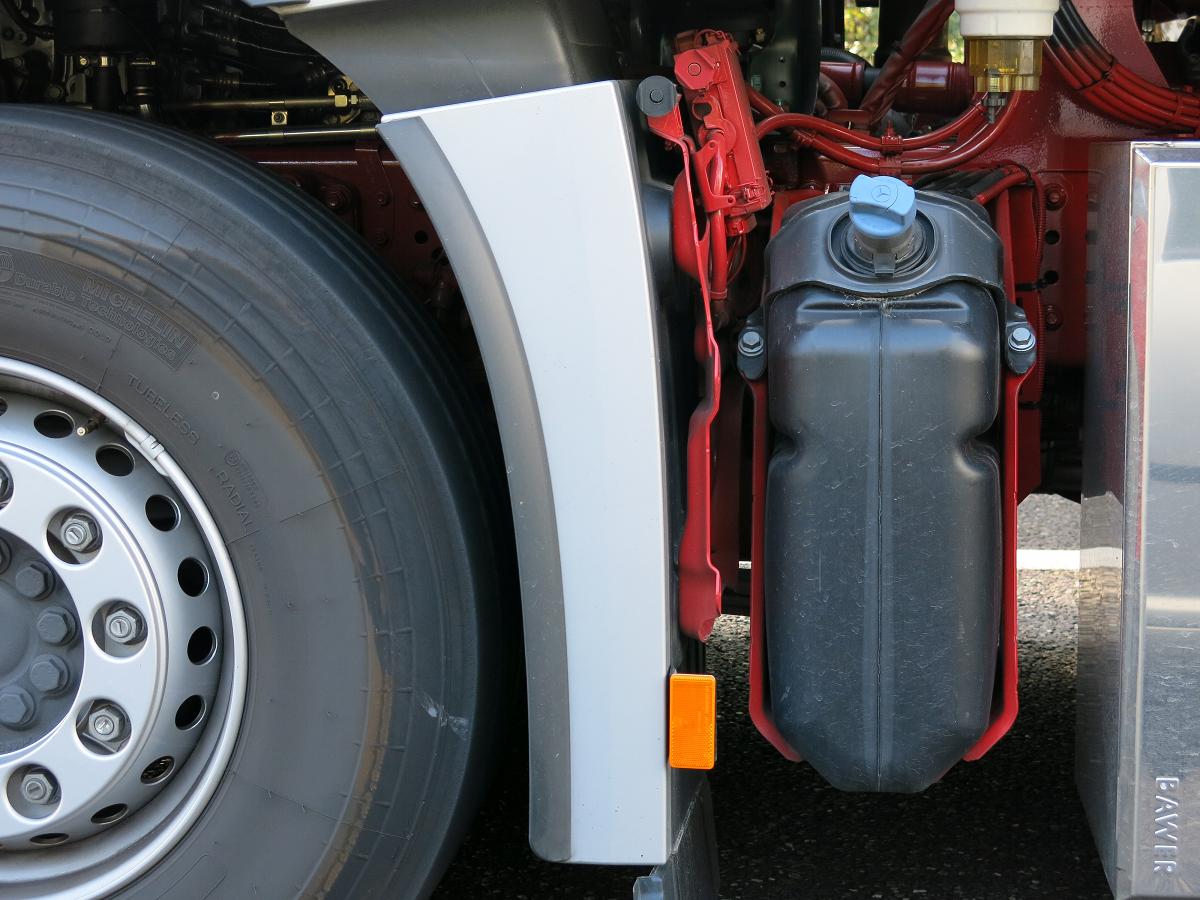 SCR (Selective Catalytic Reduction) systems are a cause for concern for many carriers. From high repair costs to horrendous fines abroad. In Germany, companies also have to take into account a letter from BAG ordering that the toll is adjusted in accordance with the actual emissions standard.

The article will tell you:

Selective Catalytic Reduction is a system designed to reduce the emissions of very harmful nitrogen oxides emitted by diesel engines. As a result, heavy goods vehicles meet higher emission standards and are therefore subject to lower road tolls in Germany, for example. Unfortunately, this system very often fails. If the fault is not rectified within 50 hours, power and torque are reduced to 60% (on vehicles manufactured after November 2007 or older with updated software). It is easy to imagine the scale of the problem when the failure occurs on a foreign route.

Why does the system fail?

The most common cause of system malfunctions is temperature – too low and too high. AdBlue freezes at temperatures below -11 degrees Celsius. The frozen medium causes the injector to clog, which prevents proper AdBlue dosing. Too high a temperature, above 30 degrees Celsius, can also cause the system to become unusable.

In addition, the expensive nitrogen oxide (NOx) sensor is subject to frequent failures, which in newer versions of the system (Euro 5) replaces the second sensor of the exhaust system temperature. It costs several thousand zlotys. No wonder that many workshops in Poland have specialised in the installation of the so-called emulators manipulating the SCR system. Due to frequent system and sensor failures, companies fearing high repair costs prefer to turn off the SCR system completely.

About 40% of all trucks on German motorways come from Eastern Europe. The industry circles in Germany and the tax authorities are warning of the enormous damage caused by Adblue fraud and manipulation,” comments Paul Reich, a junior lawyer from Translawyers Widuch i Wspólnicy sp. k., on the subject.

In Germany, special tax reliefs in the form of toll discounts are provided for vehicles that meet the highest emission standards due to their lower environmental impact, so they are subject to lower tolls thanks to the SCR system.

If the German police, BAG (Federal Office for Goods Transport) or customs authorities detect any manipulation of AdBlue in the course of an inspection, it can be classified as a fiscal offence.

A penalty is not enough

During the inspection, the German services have the right to thoroughly check the entire onboard computer (including its disassembly). They can also direct a truck to a specialist vehicle inspection station.

Should these actions reveal fraudulent behaviour in relation to the SCR system, both the carrier and the driver must pay a provisional security deposit for a later fine. Usually, the amount is €1,000 and €500 respectively.

In addition, services confiscate a device that manipulates the SCR system (the driver may refuse this confiscation, but this refusal only delays it). The carrier can then repair the system on site in an authorised workshop or tow the truck to any other workshop, even in Poland.

The latter, however, involves the German control authorities retaining the vehicle documents that will be sent to the competent road authority of the carrier’s place of establishment. Both options may, therefore, be costly for the company. But that’s not all.

Repairing the Adblue system and paying a deposit is only a prelude to further consequences. After a few months from the date of manipulation, the carrier should expect a letter from the BAG with a financial decision and a retroactive payment, in accordance with the actual emission standard of the vehicle (i.e. with a faulty SCR system).

The amounts of these overpayments may amount to several thousand euros. From the moment of receiving the letter, the German equivalent of the ITD has the possibility of full execution, i.e. for example during the next inspection, both the BAG and the police have the right to detain the vehicle until the payment of the fee.

Attempts to appeal against this administrative fine are usually unsuccessful, so please remember not to manipulate the SCR system, as the consequences can be much more severe than a higher toll rate,” says Paul Reich.

Will the penalties be even stricter?

The German tax office is losing millions of euros in tolls due to the manipulation of AdBlue because trucks are in a lower class of pollution than indicated when the toll was collected. The German Federal Government summed up the losses associated with the manipulation of Adblue and over the last five years estimated the damage to the State Treasury at one billion euros (data from research at the University of Heidelberg),” explains Reich.

As a result, a new legislative initiative has emerged in Germany to prevent and combat similar types of manipulation and fraud involving Adblue.

The aim is to increase the fine to EUR 10,000. In addition, Bernd Krekeler, head of the road control department of the Federal Office for Goods Transport, calls for the carriers to lose their transport licenses for manipulation of AdBlue and to be banned from entering German territory,” adds the lawyer.

If such regulations were to come into force, Germany would certainly succeed in sealing the toll system and eliminating unfair practices from the market.