All indices on the spot market on the rise. See which routes saw the biggest rate increases 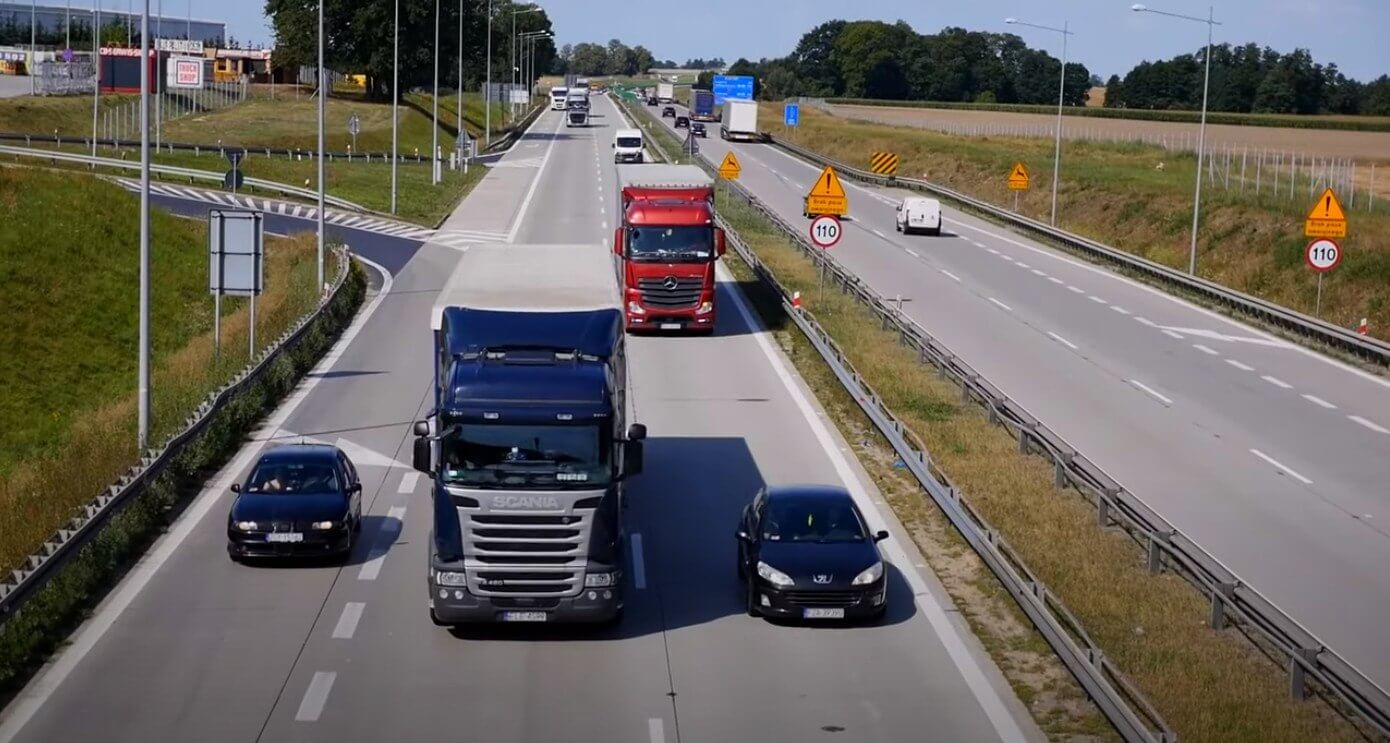 A new increase in the spot market indices has become a reality. Transport availability in some directions is already reaching pre-pandemic levels. Demand for trucks is still lagging behind but on an upward trajectory. Carriers are the biggest winners, with rates rising on all routes.

In May, as every month, we looked at the statistics on the situation on the spot market for road freight between Poland and its main European trading partners. In addition to Germany, which dominates Polish trade, we also analyzed truck traffic on routes to Italy, France, the Czech Republic, Russia, the Netherlands, and the UK.

It is worth noting that in Q1 2021 Poland became the third largest exporter to Germany, overtaking the United States, among others! In addition, it ranked fifth as an importer of goods from the Federal Republic of Germany.

As in April, in May all three indices were at significantly higher levels than in the corresponding period of 2020. This is obviously due to the fact that spring 2020 was the period of the first clash with the COVID-19 pandemic and far-reaching restrictions were introduced across Europe back then. Importantly for the transport sector, these restrictions during the first wave of the pandemic also extended to industrial plants, bringing production to a standstill for several weeks. On top of this, if we add border closures, we get a major stagnation on the transport market.

As a result, spot supply, demand and rate indices in May this year often reached double (and sometimes close to triple) the level in May 2020.

Looking at the supply index in May this year on the most important route to Germany from the point of view of the Polish economy, one can clearly see that its median of 108 points is higher than the 69 points of May 2020. Significant year-on-year differences were observed on each of the analysed routes. For example, on the route to the Netherlands it was 121 points this year against 60 points last year, to Italy 123 points against 40 points and to France 113 against 47 points.

However, while the April 2021 supply indices, while higher than a year earlier, were below April 2019 (i.e. pre-pandemic) levels, the May index suggests that transport supply on some routes is approaching or has even exceeded pre-pandemic indices.

The supply index was higher than in May 2019 for the Dutch, Italian and Russian routes. On the route to France, transport availability was marginally lower in May this year (113 points) than two years ago (115 points). On the other hand, on the route to Germany, the Czech Republic and the UK, the supply index is still clearly below pre-pandemic levels.

A comparison of the May 2021 data to the previous month (April 2021) brings optimistic insights. Of the seven destinations, four showed an increase in the index (Czech Republic, Italy, Russia, UK), on the German and French routes it was at the same level as in April 2021, and only on the route to the Netherlands it was lower month-on-month.

The transport demand index, like the supply index, was definitely above the previous year’s level in May 2021, for all observed routes. Only for the UK route was the demand for transport services slightly higher than in the previous year (51 points in May 2021 versus 44 points in 2020). This clearly demonstrates the scale of the current collapse of transport services on routes to the UK, since demand is hardly higher than it was when the greatest restrictions and closure of the economy caused by COVID-19 were in place.

Overall, transport demand is still at a lower level than before the pandemic. Only on the route to the Netherlands did May readings exceed those of two years ago.

One explanation for this phenomenon may be that the dynamically growing industrial production in Poland is driven by exports, to a large extent also exports outside Europe. The Benelux ports can benefit greatly from this trend.

The demand for Italian route also looks interesting, with May this year marginally lower than the same month in 2019 – 98 points this year to 101 points then.

As for the current trend in transport demand, it was higher in five cases than in April this year and lower for two destinations. Moreover, in several countries the increases were quite pronounced – for example, in the Netherlands (108 points to 88 points), the Czech Republic (108 points to 86 points) or Italy (98 points to 74 points).

Small increases in the demand index were also seen in France and the UK (although it is still at a low level in the UK). This is due to the lifting of restrictions in most countries, the opening of economies and the service sector, which has contributed its fair share of consumption in individual markets.

We saw a drop of 1 point on the route to Germany. A clear reduction in demand was also seen in transport to Russia. However, the long holiday period at the beginning of May – from Labour Day to Victory Day – may have played a role here.

…but rates clearly overtook them

While in April the month-on-month index of rates showed different trends for different destinations, in May rates increased on all routes. This is linked to the increase in demand for transport as a result of the lifting of pandemic restrictions and the opening up of economies. The index rose most dynamically on the route to Russia (by 5 points), Italy and France (4 points each).

As a result of this increase, the rate index was at a significantly higher level in May this year than in May 2020. A year ago, the rate index slowly started to recover from the March-April slump, but was still undervalued.

The rate index reached its highest level on the route to the UK, which has become a tradition in recent months due to Brexit and the introduction of border controls.

Increases are coming, especially in rates

The May trend confirmed our April expectations. We expected back then that, with the lifting of restrictions in all European countries, there would be an increase in consumption and a rebound in the service sectors in particular. We also correctly predicted an increase in demand and supply, assuming, however, that the latter had less potential for growth, if only because of the problems with the shortage of professional drivers that had been a problem even before the pandemic.

Unless there is another wave of the pandemic (e.g. the spread of the delta variant) we should see a further increase in demand and supply as a consequence of the post-pandemic economic recovery. Rising rates are also to be expected, driven by increased demand for goods (which someone has to transport).

In addition, price increases may receive an extra boost if transport supply fails to keep up with demand. And this is not out of the question if we consider the shortage of drivers, as well as the long waiting times for new trucks and semi-trailers.