New year means new hopes for improvement in transport? In January, finding free carriers on major routes originating from Poland continued to be difficult, with transport rates rising, according to Metrix analytical tool.

We took a look at the situation on the road freight market between Poland and its main European trading partners in the first month of 2021. Apart from Germany, which dominates Poland’s trade (21.8% of total imports and 28.8% of Polish exports), we analysed truck traffic between Poland and Italy, France, the Czech Republic, Russia, the Netherlands and the United Kingdom. The data comes from the Metrix tool analysing the spot market in the transport and logistics sector.

Analysing trends on both routes to and from Poland, what is striking is the drastically lower transport supply than in January 2020 and 2019. For example, on the most important route to Germany, the transport supply index was only 29 points in the first month of 2021. In the corresponding period of 2020, it was 88 points, and in January 2019 – 116 points.

Moreover, transport supply in January this year is at a lower level than the average for the last 13 months (44 points), as well as the more than two-year average since January 2019 (85 points). The situation is similar for the other directions. The average supply index quotation in January 2021, 2020 and 2019 was as follows for different directions:

On routes to Poland, the fall in the transport supply index was just as drastic in the first month of this year as it was for the outbound transport. For example, the index from Germany was 31 points, well below 93 points and 104 points in January 2020 and January 2019 respectively. Transport supply from the Czech Republic fell to 42 points from 100 points, from Russia to 27 points from 51 points, and from France to 30 points from 101 points.

Decreases were significant on both routes from and to Poland. Furthermore, in many cases the declines of December 2020 and this January have even surpassed the transport supply shortfalls of the period immediately following the first spring lockdown last year. The reason for the low availability of transport is the high activity of Polish carriers, who, after the spring lockdown, have been flooded with orders. The end of the year was, as always, a period of shopping frenzy. In 2020, it was intensified by the fact that consumption was restricted in the first half of the year.

Another likely reason for the low supply in the last months of 2020 and the beginning of the new year may be the good news regarding Polish exports. In November (the latest full official data), Polish exports recorded their third consecutive increase. In addition, there was a slight increase in imports.

In a mid-January announcement, the Ministry of Development, Labour and Technology expected a double-digit growth rate in commodity exports for the month of December. The ministry based its optimism on the high dynamics of industrial production and high demand for Polish products, as indicated by the PMI index. As we reported at the beginning of February, the latest PMI index reading confirms the continuation of this trend – orders in Polish industry are at an all-time high. In addition, orders from abroad are the main driver of the increasing demand.

When it comes to road transport demand, the indicator for each country under analysis is at a significantly higher level than the supply readings. While supply for most countries was close to 30 points in January, the figures for demand are much more varied. That said, in almost every case it is at a level significantly higher than that of supply.

It is worth noting that for the most part demand is also at a lower level than in the first month of previous years. However, the decline was not as pronounced as in the case of transport supply. Consumption and retail sales in Poland and in most of Poland’s trading partners were lower than in the pre-pandemic period. The main reason for this has been closing of shopping malls, in many countries twice over, introducing restrictions on shops remaining open, and reducing the consumption of non-essential goods. However, the decline in sales was not drastic mainly due to the significant growth in eCommerce, which has mitigated the crisis in brick-and-mortar trade.

For example, the demand index in the first month of 2021 was below the previous year’s level for routes to Germany, the Czech Republic, minimally for the route to Italy, and clearly for Russia and France. As far as routes to Germany are concerned, the drop was small (69 to 74 points), most likely due to the close ties between the two economies and the importance of the western partner for Polish foreign trade. On the other hand, in the case of the Czech Republic, the fall in demand was pronounced (71 to 99 points in January 2020). In this case, the strict state of emergency rules in force in this country (including a ban on movement and lockdown from 18 December 2020) are to blame.

Higher demand for transport than in the previous year was observed in January 2021 on routes from Poland to the UK and the Netherlands. At the same time, we can speak of carriers abandoning these two routes, resulting in low transport availability. In the first case, the ‘culprits’ are Brexit and the prospect of queues at the border and potential quarantine in the event of COVID-19 infection.

In a way, the situation in the United Kingdom is affecting the Netherlands; the abandonment of the route to the Isles has also reduced the pool of trucks going to the Netherlands. Indeed, many carriers on their way to the Isles stopped by this country as well. In addition, problems with UK exports and strict rules for persons from the UK arriving in the Netherlands make the prospect of empty returns from these destinations quite real.

As far as the transport rates index is concerned, with a few exceptions, the changes with respect to the previous year and January in previous years were not as dynamic as in the case of the supply and demand indices. The low availability of transport should have contributed to higher rates, but at the same time lower demand, probably due to the pandemic situation, had an inhibiting effect on price increases.

On the route from Poland, an increase in the rate index could be seen in all destinations except Germany and Italy (compared to January 2020).  Moreover, the average index rates for January 2021 were mostly above the previous-year average, while for example the January 2020 rates were below the average for 2019.

Compared to 2020, the rate indices for most of the analysed destinations out of Poland were well below the December rates (which are typically the highest of the year) and below the autumn figures. In most cases, they returned to holiday levels. The exception is the Czech Republic, where the January rate index was above the December level.

Another interesting case in terms of the rate index is the UK. Indeed, a fall in the freight price index was noticeable after the December peak, nevertheless the January 2021 level is still higher than in any other month since the beginning of 2019. This is undoubtedly due to Brexit and the reluctance of carriers to operate on this route.

In addition, factors such as customs clearance, border congestion, potential quarantine in the UK and the need to take tests have all come into play, which makes the journey from the UK longer. Add to that the mandatory rest periods and the costs start to pile up.

It’s cheaper when going to Poland

Interestingly, price decreases, minimal in comparison to the previous January, prevailed on routes to Poland. Only on the route from Russia did the rate index rise significantly. This is probably due to the low supply of transport from Russia in January. This is because the first half of the month is the country’s festive season, where the New Year and Orthodox Christmas are celebrated. Economic activity definitely declines at that time.

However, the first days of February show a different trend. Transport supply has increased on all routes from Poland as a direct result of falling transport demand. Interestingly, the fall in demand does not translate into a fall in prices. These, with the exception of routes to Germany and the Czech Republic, are on an upward trend, in spite of the greater availability of trucks and lower demand for them. This may be due to the increase in fuel prices, which has accelerated significantly since the beginning of this year.

Market experts, for instance in a recent Transport Intelligence report, expect rates to rise in 2021. A post-pandemic economic rebound is expected this year, as vaccination roll-out will boost demand for consumer goods and commodities. This in turn will drive demand for transport services.

On the other hand, the transport sector may struggle to meet transport demand. This may be primarily due to a shortage of drivers, a problem that was already present before the pandemic, and which was temporarily hidden by the multiple lockdowns and lower demand during the outbreak. The release of available workforce may not be sufficient, if only because of the uncertainty of access to drivers from non-EU countries. These opposing trends should push prices up, according to experts. In addition, fuel price increases in 2021 may be the driving force behind rate increases. 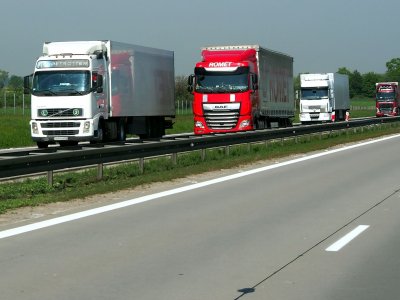 Road freight rates go up in... 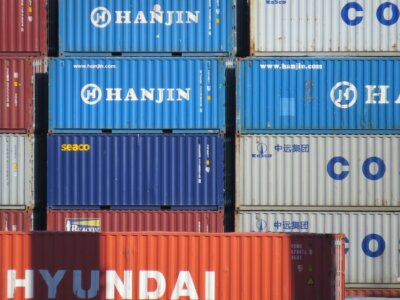 Ocean Carriers have the visibility and...

Road freight rates go up in Q1 2021. See on which routes the most
Ocean Carriers have the visibility and power to go on
German industry association predicting Germany-UK freight rate rise of up to 50%
Report: British meat industry facing permanent 20%-50% drop in export trade
Gary Whittle of Meachers Global Logistics sheds light on AFS Haulage acquisition