You can read this article in 16 minutes

Truck drivers traveling in European international traffic in winter must be prepared for the fact that regulations on the use of winter tires or snow chains are not always consistent. Some countries require drivers to have a shovel and a bag of sand in the vehicle, while others expect you to have snow chains. To avoid possible problems, it is worth checking the rules for the current season (ie the season 2021/2022). 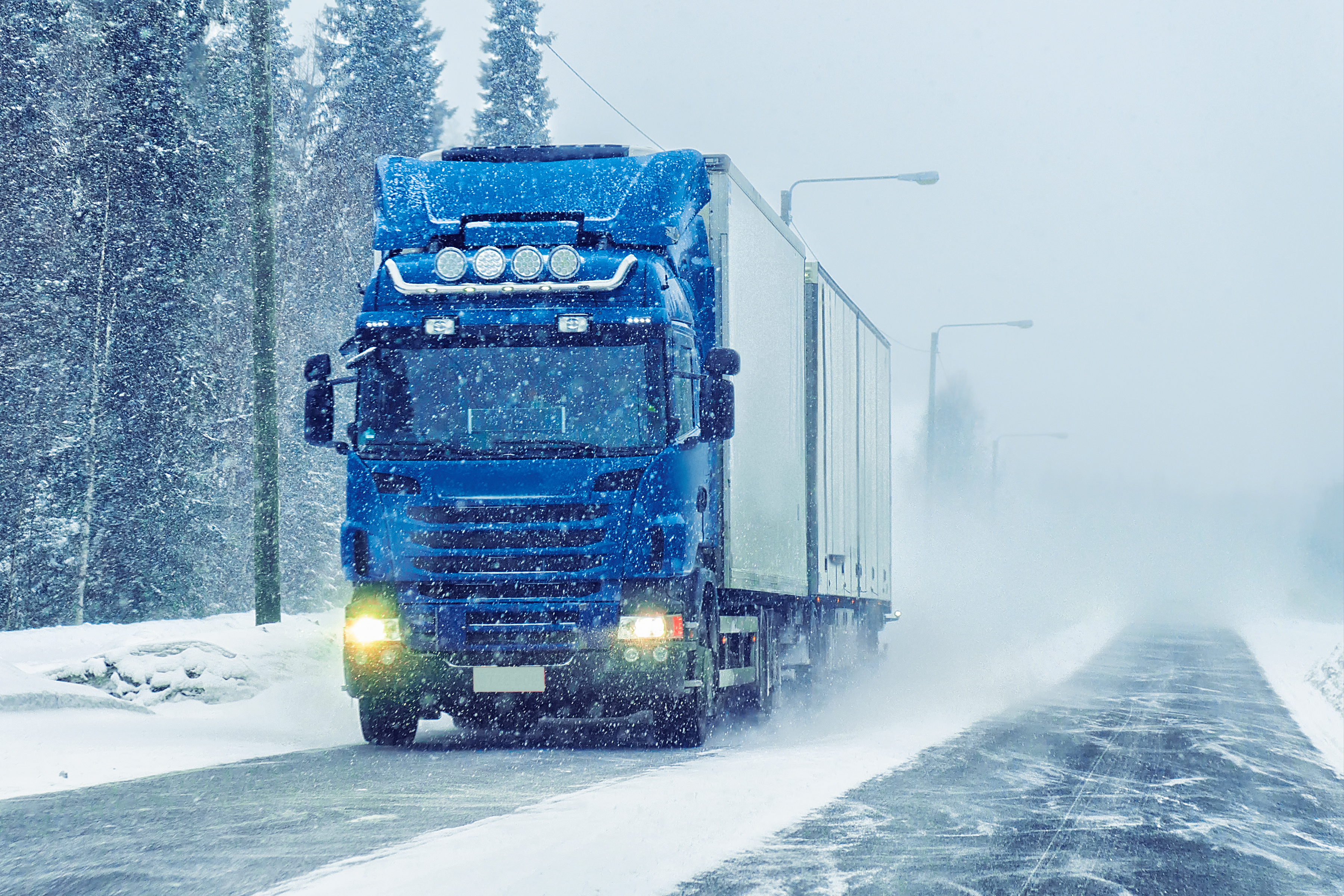 Depending on the country and situation, you can use either non-studded or studded winter tyres or all-season tyres.

Safe winter tyres, both non-studded and studded, bear the snowflake symbol (also known as the 3PMSF or 3-Peak-Mountain-SnowFlake marking), which is increasingly replacing the current winter tyre marking (M+S). 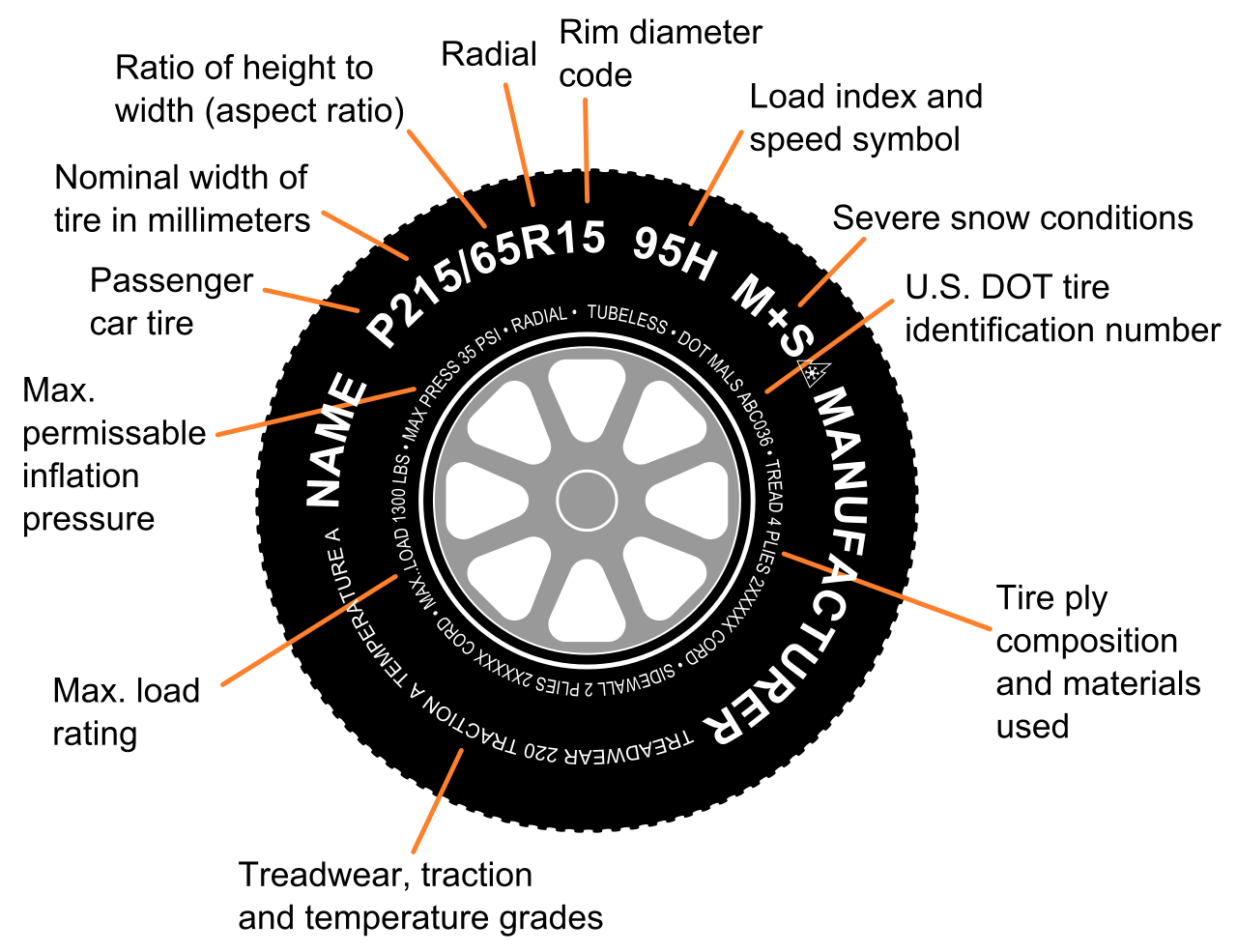 From November 2012, UNECE Regulation 117, to be implemented in the EU through Regulation (EC) 661/2009, requires that for tyres to be used in winter conditions a minimum level of performance on snow (braking and traction) needs to be achieved. If the tyre meets the criteria of an ad hoc performance test, it can be marked with the new three-peak mountain snowflake (3PMSF) symbol is an additional but not mandatory marking.  The “M+S” marking, however, will remain as an allowed marking, even if not linked by law to a minimum threshold in winter conditions.

What does M+S marking mean?

The M+S or M&S marking stands for mud and snow. Such a tyre meets the Rubber Manufacturers Association (RMA) and Rubber Association of Canada (RAC) all-season tyre definition. These are commonly found on all-season tires, with self-cleaning tread and average traction in muddy or very snowy conditions, and for low temperatures. Spike tires have an additional letter, „E” (M+SE).

What does the snowflake symbol stand for?

Where are winter tyres mandatory in Europe?

Tyres: not mandatory but in adverse weather conditions affecting specific areas, the Ministry of Internal Affairs and the Ministry of Transport and Infrastructure may announce the installation of winter tyres as mandatory.

Tread depth:The minimum tread depth is 1.6 mm in the summer. However, 3 mm or 4 mm tread is recommended during winter.

Chains: Snow chains for the drive axle must be carried in the vehicle. Use according to traffic signs and road conditions.

Winter tyres: mandatory from 1 November to 15 April. Vehicles up to 3.5 tonnes must be fitted with winter tyres on all wheels, whereas heavier vehicles must have them fitted across at least one axle and equipped with tyres marked M+S and/or with the Alpine symbol (3PMSF) on at least one drive axle.

Winter tyres need to be marked with the symbol M+S, M.S. or M&S.

Ignoring the regulations may result in a high fine ranging from 35 EUR up to 5000 EUR.

Studded tyres: permitted between 1st October and 31st May, only on vehicles up to 3.5 tonnes (provided that they are installed on all four wheels).

It is forbidden to use them between June and September. They can be used in other months, providing that the local governor does not forbid it.

Studded tyres may be used only on vehicles with steel radial tyres.

A trailer towed by a vehicle with studded tyres should be fitted with tyres of the same type.

Vehicles fitted with studded tyres are subject to special speed limits (80 km/h outside built up areas, 100 km/h on motorways), and must display at the rear the approved “studded tyres” sign. This sign is available from the automobile clubs, petrol stations, etc.

Chains: all drivers are required to carry chains sufficient to secure at least two driving axles between 1st November to 15th April.

The chains are allowed only on snow-covered or icy roads between 1st November and 15th April.

The maximum speed for tyres with snow chains is 50 km/h.

They must meet the requirements of ONORM and CE standards.

Chains must be installed when required by road sign ‘Schneeketten vorgeschrieben’.

Snow chains: only allowed on roads covered with snow and ice.

Chains: no legal requirements. Approved for use only on snow-covered or icy roads.

Winter tyres: mandatory between 15th November and 15th April. It is required to use winter tyres or all-season models marked M+S and 3PMSF.

An alternative is to mount chains on summer tyres, but only on the drive axle.

Two options are mandatory for vehicles with more than 8 seats and for vehicles over 3.5 tonnes.
Option 1: Tyres with winter profile on the drive axle with min. 4 mm tread depth. Option 2: Tyres with standard profile with min. 4 mm tread depth; in case of winter conditions (e.g. snowfall, freezing rain), snow chains need to be mounted on the drive axle.

Chains: mandatory and each vehicle must have at least one pair for the drive axle.

Winter tyres: tyres which are suitable for winter are recommended between November 15th and 1st March. Drivers can use winter tyres or universal tyres or even summer tyres on condition that their tread is deep enough.

These regulations do not apply to vehicles with foreign registration plates.

Tread depth: not less than 4 mm to be considered suitable for the winter season.

Chains: must be carried in the car from 1st November to 31st March. Mandatory at mountain crosses, when required by road signs.

Vehicles insufficiently equipped may not be allowed to drive on certain routes, or may be refused entry.

Winter tyres: mandatory on all winter road sections from 15th November to 15th April, regardless of weather conditions.

Buses and trucks must have winter tyres installed or use snow chains on the driving axles.

Winter tyres: mandatory from November 1 to March 31 depending on road conditions in winter, or if indicated by „winter kit” sign. M+S tyres are compulsory on the drive axle of vehicles

Snow chains: mandatory if indicated by traffic signs on at least 2 drive wheels of vehicles with 3 or more axles.

Tread depth: at least 1 mm for vehicles over 3,5 tons

Studded tyres: allowed from 1st November to 15th April. They should be mounted on all tyres during this period. The maximum speed is 80 km/h (national roads) and 110 km/h (motorways).

Chains: allowed during the period from 1st November to 15th April. They may be compulsory in case of critical road and weather conditions.

Winter tyres: mandatory between 1st December and 1st March (when weather conditions require it, this period can be extended and cover the time between October and April).

Studded tyres: permitted between 15th October and 31th March, only on vehicles weighing less than 3.5 tonnes. This period can be extended until 30th April due to wintry road conditions.

Chains: only to be used on icy or snow-covered roads.

Winter tyres: required by law between 1st November and 31st March The use of winter tyres outside the winter season is allowed when road conditions require it.

Tread depth: at least 1.6 mm for vehicles over 3.5 tonnes. However, in difficult snowy conditions, the recommended tread depth of winter tyres is at least 5 mm.

Studded tyres: permitted from 1st of November to 31st of March. Studded tyres should be mounted on all four wheels of the vehicle.

It is permitted to use such tyres outside the winter season, if the weather or road surface conditions demand it.

Chains: mandatory to have, may be used only on roads covered with snow or ice.

This is a new regulation in France, introduced in November 2021. The measure requires light commercial vehicles, as well as trucks without a trailer or semi-trailer, to have 4 winter tyres (marked as M + S / MS / M & S) or to install snow chains on two driving wheels.OTRE.

In addition, trucks with a trailer or semi-trailer must have snow chains that allow them to be mounted on at least two driving wheels – even if they have winter tyres.

Tread depth: A minimum 5 mm tread depth is required on tyres of vehicles with a GVW over 3.5 t (both motor vehicles and their trailers) between 1 November and the first Sunday after Easter Monday.

Studded tyres: not allowed in vehicles with a weight exceeding 3.5 tonnes.

For vehicles up to 3.5 tonnes, studded tyres allowed from first Saturday before 11th November to last Sunday of March, max. speed 90 km/h.

Vehicles with studded tyres have to be labelled with a sticker.

Chains: the obligation to use snow chains, fitted on the driving wheels, can be signaled with short notice in particularly critical conditions, together with a speed limit of 50 km/h.

Absence of chains is punishable with a fine.

Winter tyres: vehicles under 3.5 t GVW must be equipped with tyres marked with the Alpine-Symbol (3PMSF) on all axle positions.
Vehicles with over 3.5 t GVW must be fitted with tyres marked with the Alpine-Symbol (3PMSF) at the wheel positions of the permanently driven axles and front steering axles.
In wintry conditions this is also valid for tyres produced as of 1 January 2018. M+S tyres produced before 1 January 2018 are accepted as suitable winter equipment until 30 September 2024.

Chains: only allowed on roads covered with snow and ice. It may be compulsory to apply and carry snow chains under certain weather conditions (max. speed: 50 km/h). In wintry conditions, foreign vehicles may be denied access if no snow chains are carried on board.

Chains: permitted on roads covered with snow and ice.

Winter tyres: not mandatory, exceptions are indicated by traffic signs.

Studded tyres permitted for vehicles up to 3.5 tonnes in the period between 15th November and 15th March, in accordance with road signs.

Chains: from 15th November to 15th April, it is compulsory to have snow chains on board the vehicle.

Winter tyres: mandatory to on the drive axle on all vehicles over 3.5 tonnes.

Snow chains: must be carried for the drive axle. Use according to traffic signs and conditions.

Extra requirement: buses and trucks must carry a snow shovel.

Chains: not allowed on public roads.

Chains: mandatory for vehicles > 3.5 t GVW to carry snow chains in the period when it is legal to use studs. A truck with trailer must carry 7 chains.

Winter tyres: not mandatory but recommended from 1st November to 1st April.

Chains: permitted on roads covered with snow and ice.

Chains: mandatory only if required by road signs

Winter tyres: mandatory from 1st November to 31st March (if there are winter conditions).

Chains: mandatory only on marked sections of road, for vehicles over 3.5 tonnes.

Extra requirement: shovel and sand are required for vehicles up to 3.5 tonnes.

Extra requirement: shovel and sand are required for vehicles up to 3.5 tonnes.

Tread depth: not less than 3 mm.

Studded tyres:prohibited for all vehicles on any road.

Chains: must have.The maximum speed for vehicles with installed snow chains is 50 km/h.

Studded tyres: using studs/spikes of 2 mm is acceptable if the roads are covered with a layer of ice. The requirement for this type of tyres may be also ordered by royal decree. The legislation does not regulate the speed and the time interval of their use.

Chains: permitted. Mandatory when indicated by road signs or by decree (only on roads covered with snow and ice). Can be used with a maximum speed of 50 km/h if there is snow on the road.

Winter tyres: winter tyres or four-season with the M+S or 3PMSF markings are compulsory. The requirement applies to vehicles of all types, including tyres of the towed trailers.

Studded tyres: permitted from 1 October to 15 April or if winter conditions occur.

If studded tyres have been installed in the car, the trailer attached to it must be fitted with them in the same way. The vehicle must not be fitted with both studded and non-studded snow tyres.

Studded tyres: permitted for vehicles up to 7.5 tonnes between 1st November and 30th April on snow-covered roads.

Chains: must be used on roads where signs indicate it: ‘Chaines a neige obligatoires’. On alpine roads it is compulsory to carry snow chains.

Studded tyres: only studded tyres that can be used on ice can substitute winter tyres. The tread depth should be measured from the tread centre.

Studded tyres: permitted as long as they do not damage the road surface.

Chains: can only be used on roads covered with snow or ice.