Amazon is offering a £1,000 sign-on bonus to new warehouse operatives in 13 depots to tackle the workforce shortage the UK's supply chain has been facing. The move comes as plans for Black Friday and the Christmas peak draw closer. 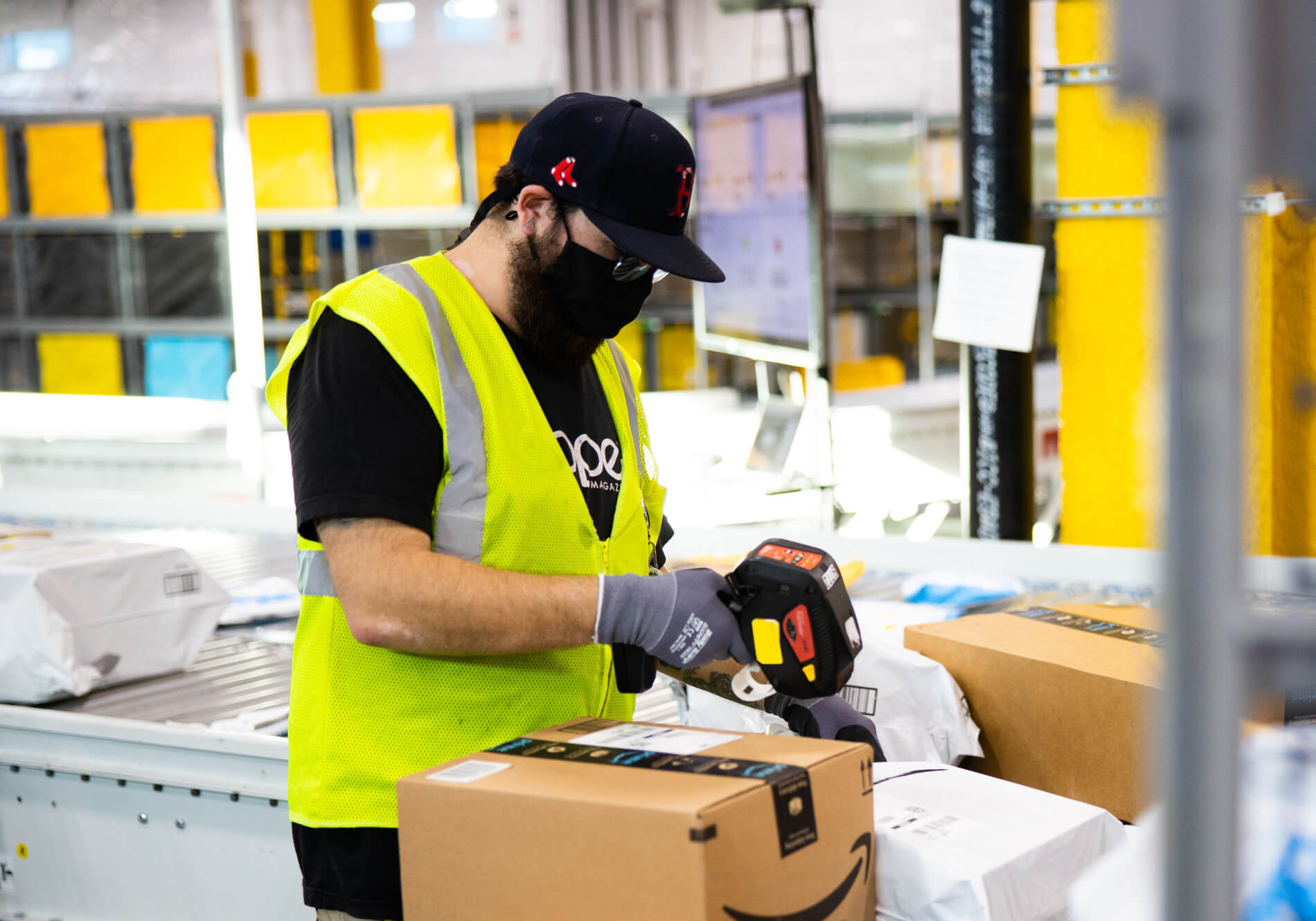 Job listings on the Indeed website contain several offers for Amazon warehouse workers, many of which say that staff are “urgently needed”. A number of them are offering candidates a special joining fee: a one-off bonus of £500 or £1,000.

Successful candidates for the warehouse operative vacancies in Eastwood and Mansfield, for example, could receive the £1,000 if they join the company between 23rd of August and 18th September. The offers relate to a temporary Fixed Term Contract valid until January 2022. 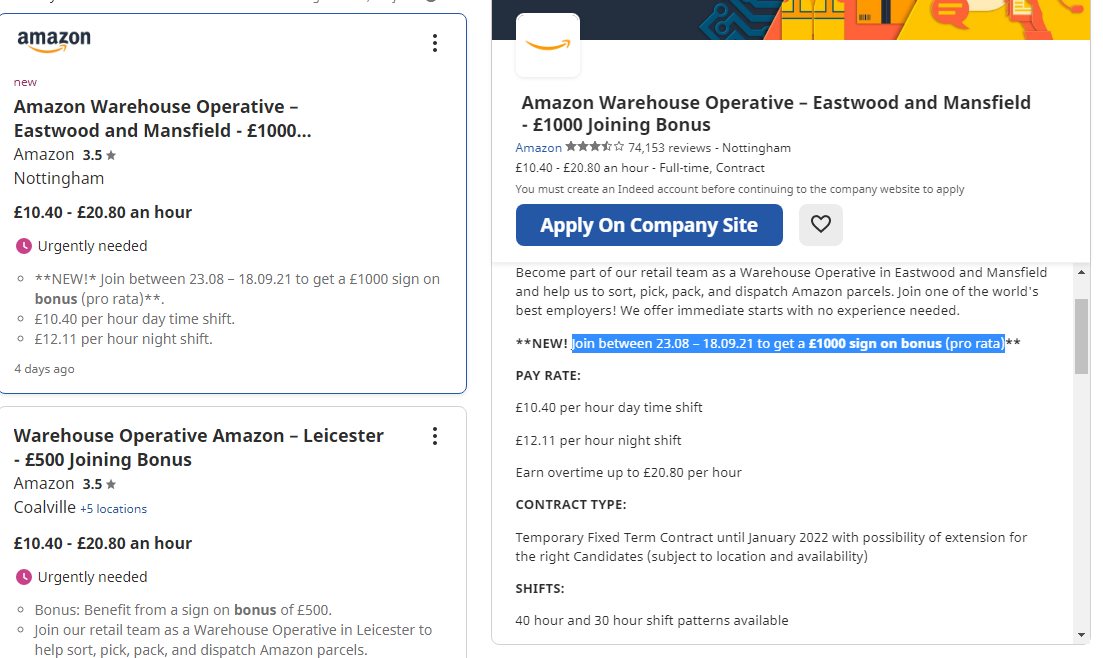 At the beginning of the month, Tesco announced a £1,000 signing-on fee to drivers, and rival Asda followed suit. Aldi has increased wages too, while milk supplier Arla are also offering a signing-on bonus of £2,000 for truckers willing to do weekends. Gist, who work with Marks and Spencer, have a £2,000 signing-on bonus on offer as well (as part of a claimed £5,000 incentive overall).