Belarus will place navigation seals on some foreign trucks 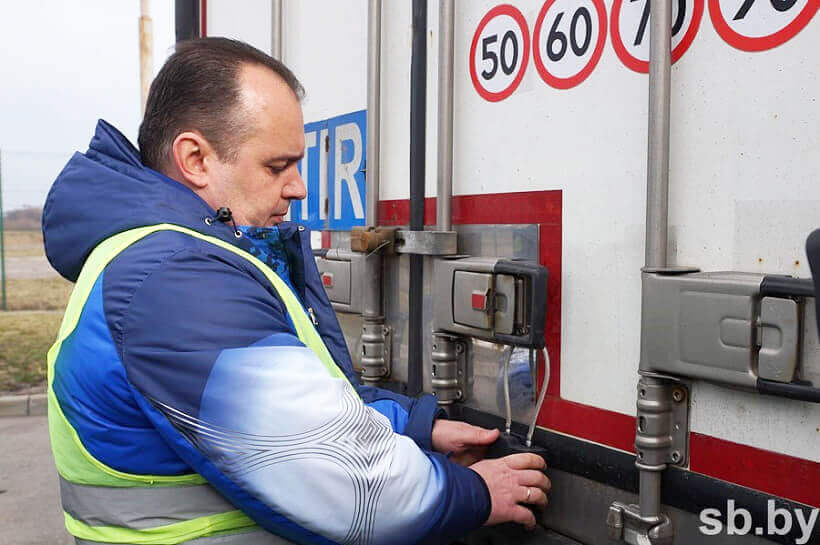 As of June 7, foreign trucks passing through Belarus in transit will be equipped with tracking navigation seals. However, this obligation will only apply to companies whose drivers have previously breached the transit regulations applicable during the pandemic.

Since March 19, Belarus has had restrictive regulations on the movement of foreign trucks within the country. The authorities have designated routes and parking places that can be used by truck drivers transporting cargo through Belarus. Thus, they wanted to control transit traffic in road transport and prevent the spread of COVID-19.

According to the local customs services, more than half (54%) of the drivers did not comply with the obligation to move and take breaks on designated routes and parking places. In 43% of cases, drivers did not observe the time allowed to travel through the territory of Belarus. Some of them didn’t respect any of these rules.

Therefore, the authorities decided to increase transit control and install navigation seals on the trucks, as Russia does. However, this does not apply to all companies, but only to those whose drivers have broken the transit regulations at least once and this fact has been detected by the services.

Installation of navigation seals in Belarus

Tracking devices will be installed by customs officers and authorised personnel of the ODO Belneftegaz tracking system operator. Seals will be put on and removed at border crossings.

It will take 5 to 15 minutes to install the navigation device. The cost of one seal (for one truck) will be €30. It is worth noting that the price of the device may change after June 15 if the operator considers that the amount exceeds all expenses related to monitoring of trucks.

In addition to the obligation to move only along designated routes, drivers must also leave the territory of the country using the shortest route and not later than the day after their arrival in Belarus. Penalties for non-compliance vary from €20 to €500.