A fleet of haulage lorries has been named after keyworkers across the Black Country and West Birmingham, in honour of their hard work and commitment during the COVID-19 pandemic. 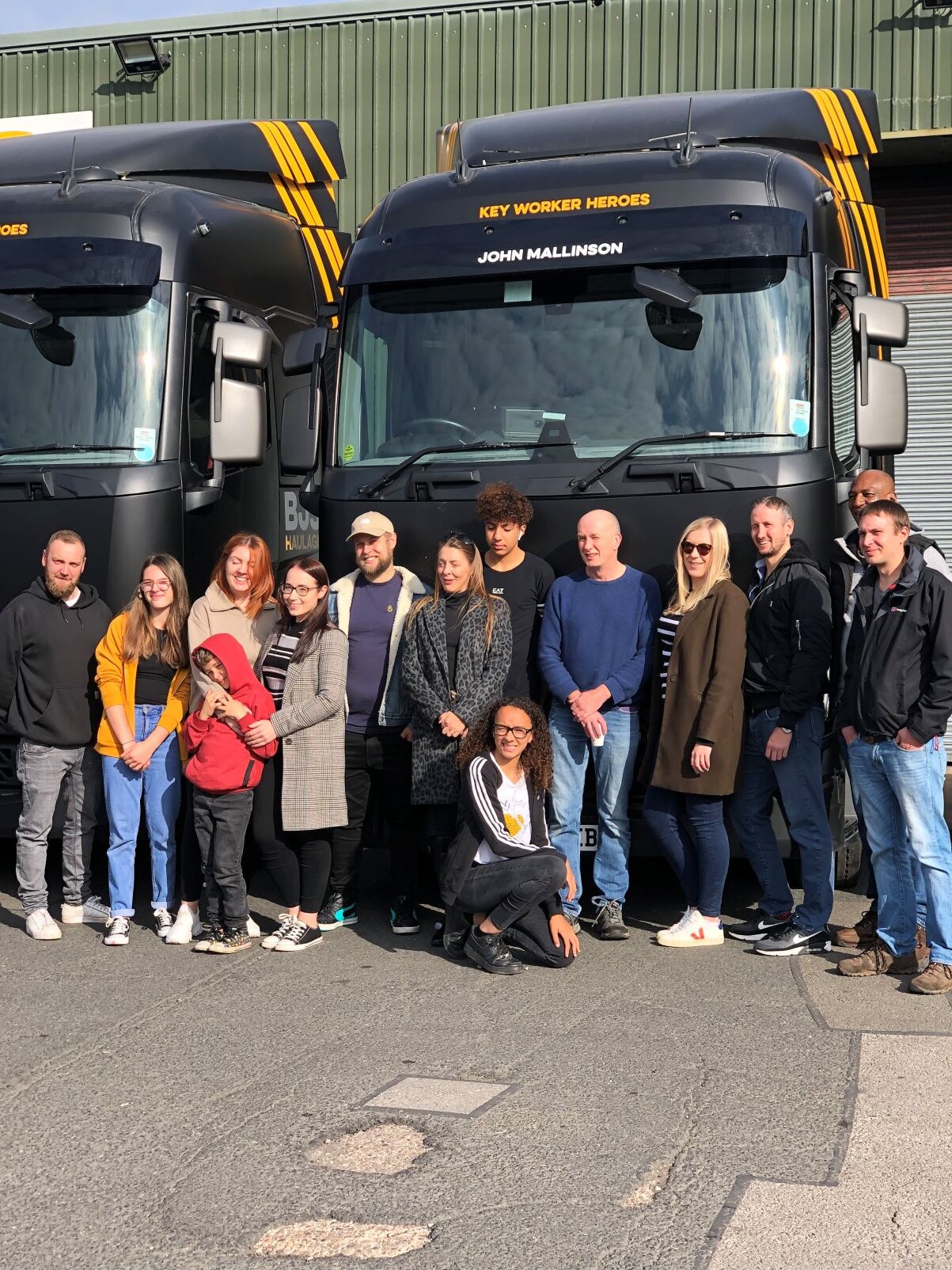 BJS Haulage, a logistics company based in Wednesbury, wanted to recognise community heroes by naming nine of its lorries after local keyworkers who have made a real difference in the community.

The keyworkers had the opportunity to visit their trucks for the first time, along with family and friends.

One of the keyworkers who had a truck named after them is Molly Henriques-Dillon, Quality Nurse Team Leader at Black Country and West Birmingham Clinical Commissioning Group. The 62-year-old from Penkridge came out of retirement last year to lead a quality nurse team and was recently awarded the British Empire Medal for her fantastic leadership and care to patients during the Covid-19 pandemic.

“I was shocked to be fair, as I didn’t think I’d done anything extraordinary. I think the credit has to go to my team as I couldn’t have done it without them; they have worked so hard to support our care homes through the pandemic” – she said.

John Mallinson, a 111/999 Call Handler for West Midlands Ambulance Service, also had a lorry named in his honour after responding to the recruitment appeal in March last year to support NHS efforts in dealing with the pandemic. Tragically, John fell ill in September 2020 and later died aged just 31, leaving behind his wife and two stepchildren.

“John would have loved this. He used to travel a lot and this means he can still travel, so it’s a fitting recognition for him. It’s heart-warming that his colleagues nominated him” – said his widow, Kirsty Mallinson-Gethings when visiting his lorry along with several family members.

Another keyworker recognised in the truck naming was David Dabbs, Distribution Lead at Walsall Healthcare NHS Trust. David is responsible for ensuring all consumables are sorted and allocated to the 30 wards at Walsall Manor Hospital, which includes various items from bedpans to medical items. Last year this also meant a huge rise in PPE which had to be checked and despatched to the correct department as soon as possible, a critical contribution during the pandemic.

“It’s been a horrendous year with the pandemic, working hard to keep the wards supplied to protect the staff. It’s the job, so you do what you have to do, but I’m honoured and humbled to get this recognition” – David said.