The obligation for drivers to enter the country code into the tachograph at the border or the first possible stop after the border will cause chaos at the borders, increase CO2 emissions and lead to higher costs, warns the Dutch transportation organisation TLN. Therefore, it recommends changing the law to allow drivers to record the border crossing at the first planned stop. 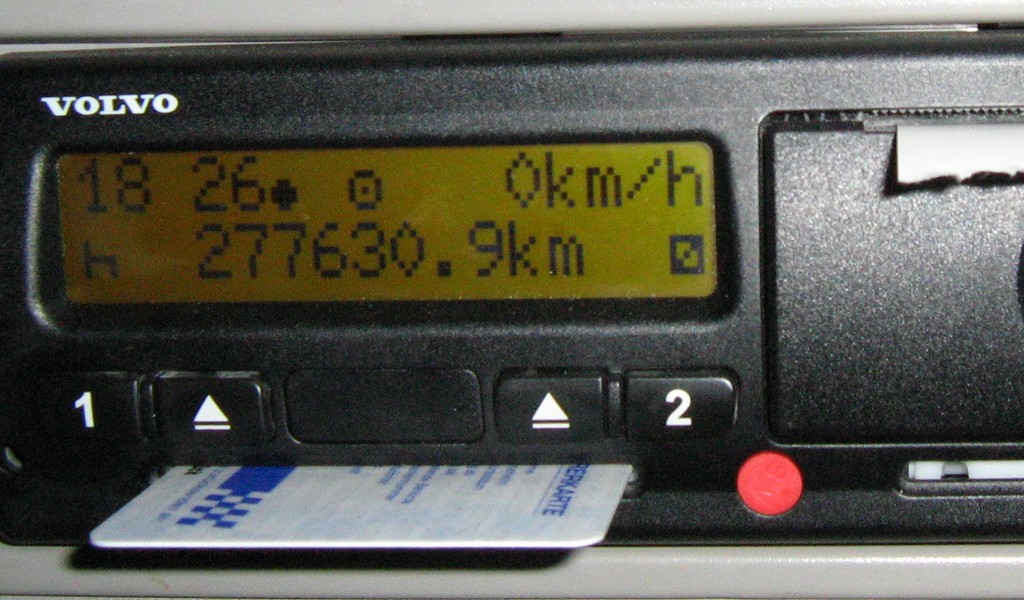 The obligation for drivers to record each border-crossings on the tachograph as soon the driver crossing happens enters into force on 2 February. This information is to help the controlling authorities understand how much time a driver has spent abroad and where – it is necessary for the new cabotage and secondment scheme.

As drivers must enter the country code immediately when entering a country or as close to the border as possible, this may lead to chaos at the borders and an unnecessary increase in CO2 emissions, Dutch transportation organisation TLN warns.

Not enough spaces for lorries to stop

Based on figures by Rijkswaterstaat, the Dutch Directorate-General for Public Works and Water Management, TLN estimates that approximately 96,000 HGVs cross the Dutch border every day.

On the A67 near Venlo alone, the number of lorries crossing the border is about 14,000 lorries per day. If all these vehicles need to stop at the border or the same HGV park just after the border, the small number of parking spaces will be full in no time.

TLN expects that many drivers will use this stop to stop for a little longer, for example, to take their mandatory break. In this case, the few truck parks fill up even faster.

In addition to the delays caused at borders, the mandatory stop leads to an enormous amount of extra CO2 emissions. A truck consumes about one litre of diesel to reach a speed of 80 km/h from standstill and thus emits 3.2 kg of CO2. In total, 96,000 trucks would unnecessarily emit 307,000 kilos of extra CO2 every day. Just to understand this number better: this CO emission equals the annual emissions of 15 households.

As the EU wants to decrease CO2 emissions by 55% by 2030, the mandatory HGV stops are contrary to the EU’s aims.

Obviously, the mandatory stop leads to additional costs for carriers.

Border crossing should be recorded at the first planned stop

To avoid all this, TLN is asking the European Commission to change the provision so that drivers can enter the country code at the first planned or actual stop – and not at or near the border.

In addition, it is a clearer wording than the “first possible stop” and easier to enforce.

TLN also points out that this obligation will end at the end of 2025. Then all trucks that drive internationally will be equipped with a new tachograph: the smart tacho 2. This automatically registers the country in which the driver is driving using GPS.