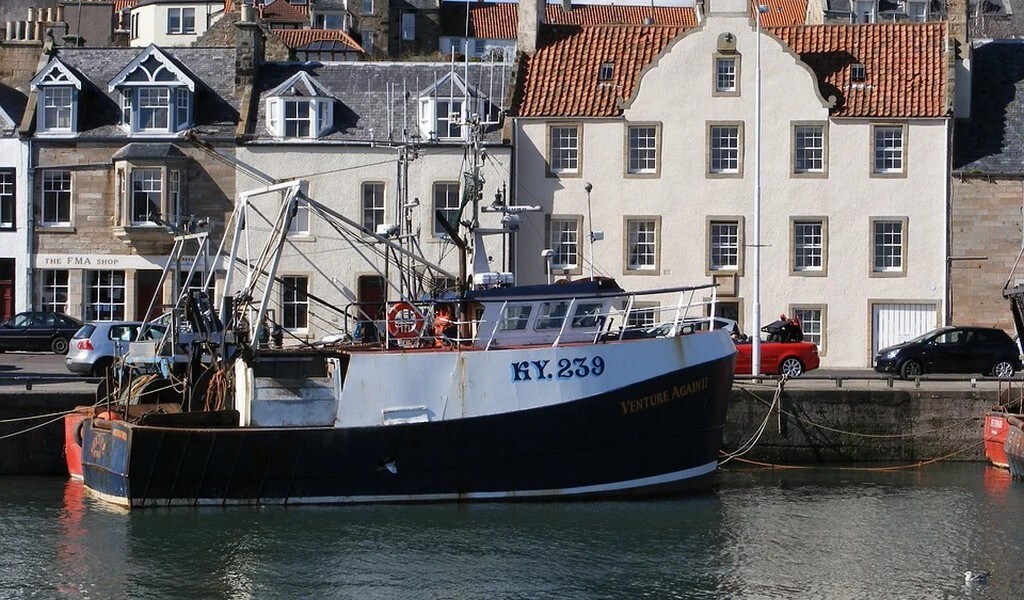 The delays caused by the customs requirements in the UK-EU trade deal are continuing to cost seafood exporters huge sums of money on a daily basis.

A Wales-based seafood wholesaler told BBC News yesterday that one of its lorries, which contained £50,000-worth of goods, was held up at the French border for 30 hours. Delays such as this can render the good less valuable or even worthless.

On the same day, during Prime Minister’s questions, Ian Blackford of the Scottish National Party claimed that Scottish seafood exporters were losing „upwards of £1 million in sales a day” due to Brexit.

According to the Holborn Fishing Company, who are based in Caithness, shellfish intended for export will only last three days at the most. As a result, the company have had to instruct its boats to stay grounded until the situation improves.

Some companies have been completely unable to export to the EU at all, as we reported last week. This is partly down to the DFDS “groupage export service” being temporarily suspended. The service, which is used by many smaller fishing companies to export seafood to the EU, should be up and running again on Monday.

When asked about the customs issues by a local newspaper based in Stornaway, DFDS explained why things are so complex:

We create detailed documents which summarise the content of the load. Each product has a commodity code and for each commodity code a summary of the product types, gross weight, net weight, number of boxes and value must be produced, which is a time consuming exercise. If during the consolidation an error is discovered in the paperwork the process must be reworked. If the error is discovered late in the process, for example if the declaration is rejected by the British or French Customs systems, the summaries and customs declarations must be recreated and in worst cases the vehicle off-loaded before departure. In every case, valuable time is lost.

Jimmy Buchan, Chief Executive of the Scottish Seafood Association, has even said that some customs documents had been rejected due to the wrong colour of ink being used.

Moreover, the customs requirements have proven so troublesome that some Scottish fishing vessels have gone to length of docking in Denmark to avoid the bureaucracy.

One of the exporters who has been particularly vocal about the customs issues is Jamie McMillan of Lochfyne Seafarms. In a video message published on Twitter yesterday afternoon, McMillan told Prime Minister Boris Johnson that if the situation wasn’t sorted in a week, he would dump rotten shellfish on his doorstep.

However, it appears that a quick fix will be tough to find.

During an interview yesterday, the EU’s chief negotiator said that the UK-EU customs border had “changed for good” because of the UK’s decisions on policy.

Quoted in the Financial Times, Michel Barnier stressed “there are mechanical, obvious, inevitable, consequences when you leave the single market and that’s what the British wished to do.”