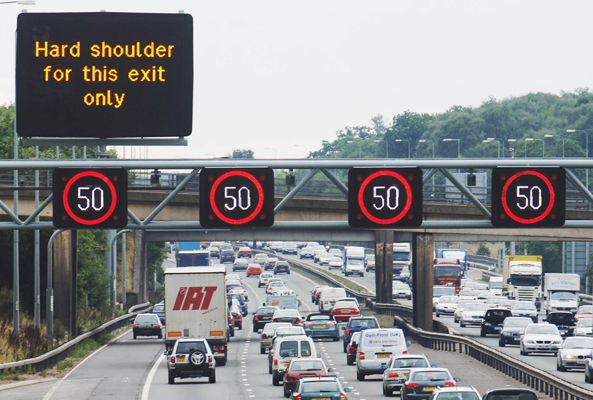 The speed limits on the M6 and M5 motorways in the UK will be lowered and made identical for all types of vehicles. The solution is intended to improve air quality and reduce CO2 emissions.

England’s motorway manager, Highways England, have made the move as part of an experiment that will reduce the speed limit on sections of the M1, M5, M6, and M602 motorways.

The maximum permitted speed, both for cars and trucks, will be 60 mph (approx. 96 km/h). The affected sections are the M5 in Oldbury, at the intersection with the M6 (junction 8), the M6 in Birmingham, between junction 6 and junction 7, the M1 between junctions 33 and 34 and the M602 between junctions 1 and 3 towards Eccles, Greater Manchester.

The change of the speed limit on the M5 motorway will take place later this year, but all others will be changed by the end of this month.

The lower speed limits on these routes will apply for 12-15 months. Preliminary studies suggest that reducing the permitted speed may lead to a 17% reduction in exhaust emissions.

The speed limits in these areas are being reduced because they have been identified as areas where nitrogen dioxide levels have exceeded the annual average limit.

According to Highways England, the impact on travel time will be ‘minimal’.