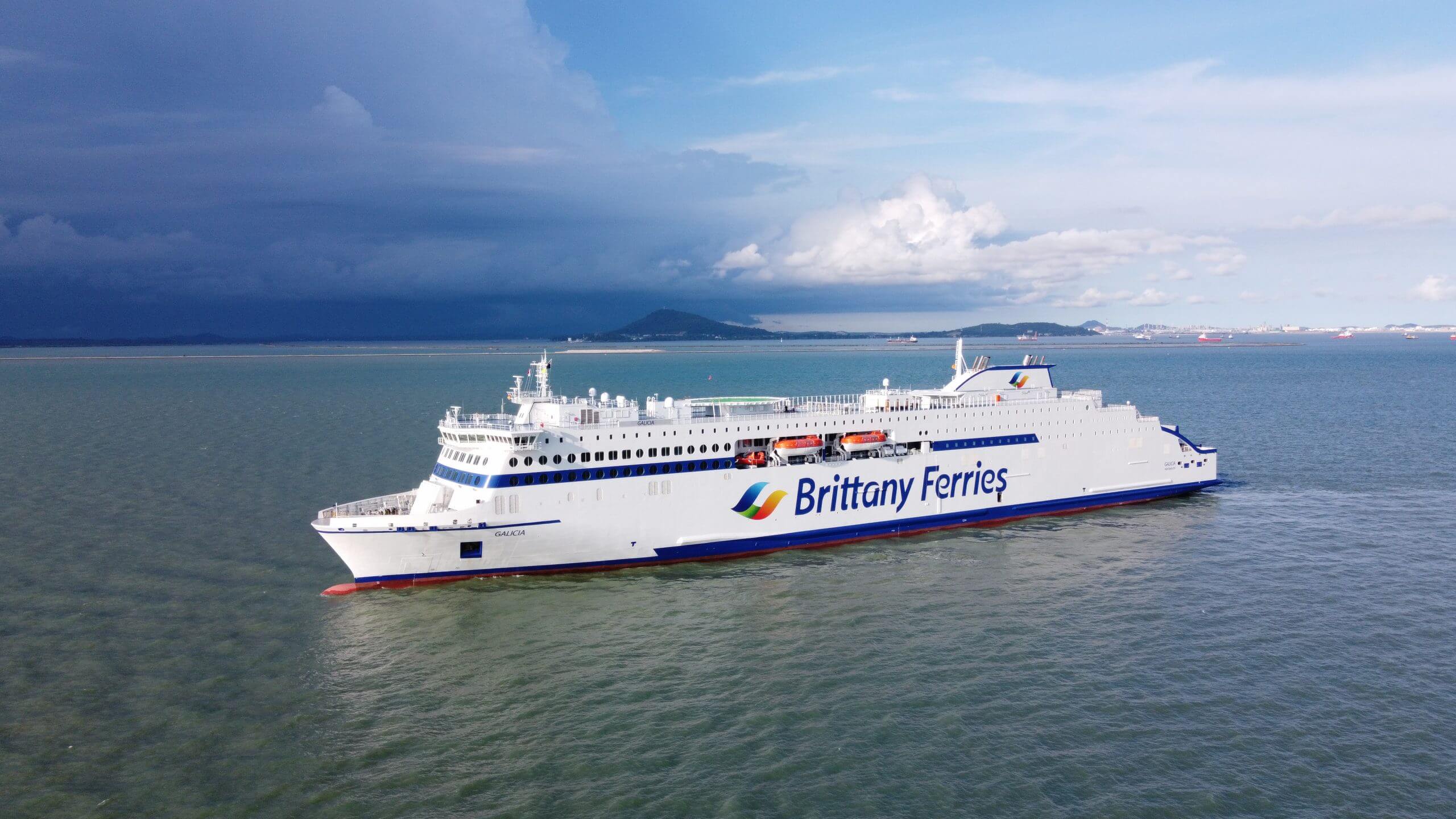 Brittany Ferries’ believe that Brexit will result in a 15% increase in freight traffic on its routes connecting the UK and ireland with Spain.

The cross-channel ferry company made the prediction yesterday in a press release promoting the launch of their new vessel, the Galicia.

Brittany Ferries, who currently sail between France, Spain, Ireland and the UK, claim to have had a steady 2020 and say they are looking forward to 2021 given positive signs from the marketplace.

Back in 2018, the ferry operator opened a sea route connecting Ireland with Spain for the first time. Originally operating from Cork to Santander, the operation moved to Rosslare-Bilbao earlier this year in response to demand from freight customers.

That decision has borne fruit and demand is expected to continue to grow as more companies in Ireland and the Iberian peninsula look for a Brexit by-pass to escape the UK land-bridge” – the company adds.

The company have also announced that their newest vessel, the Galicia, will enter service in December with a vast garage hosting more than 3km of lanes, accommodating up to 155 trailers. It will operate on routes between the south of England and the north of Spain – offering drivers the chance to deliver goods to and from the two countries without going through congested ports such as Dover and Calais.

In addition to serving UK to Spain, the Galicia will make one weekly rotation between Portsmouth and Cherbourg. Of course, this cross-channel service will be just one of many to serve the freight market next year – the most popular being its Caen-Portsmouth workhorse – a route which carries nearly 50% of all freight traffic for the company.

The Brittany Ferries freight team has worked tirelessly throughout the Covid-19 crisis to guarantee the supply of essential products like food and medicine,” said Simon Wagstaff, group freight director for the company. “It’s an important part of our portfolio because freight comprises around a quarter of the company’s annual turnover and our customers rely on us to maintain essential cross-border links. Based on the reaction of the marketplace – and the support of our loyal freight customers – we are looking forward to a positive 2021.”

As Trans.INFO has reported last month, Irish hauliers claim that a daily ferry to mainland Europe should be established to avoid potential 5-6 hour-long queues at British ferry ports after the end of the Brexit transition period. The Irish Road Hauliers Association (IRHA) has said it is concerned that trucks from Irish hauliers will not be allowed to drive through Britain without stopping as was promised, resulting in delays. This hold up, it is argued, would also create an extra cost for Irish hauliers.

Eugene Drennan, President of the Irish Road Haulage Association (IRHA), declared in a radio interview that the current landbridge route to the European Continent cannot now be regarded as the only reliable option for Irish hauliers post-Brexit. As a consequence, an alternative route must be created.