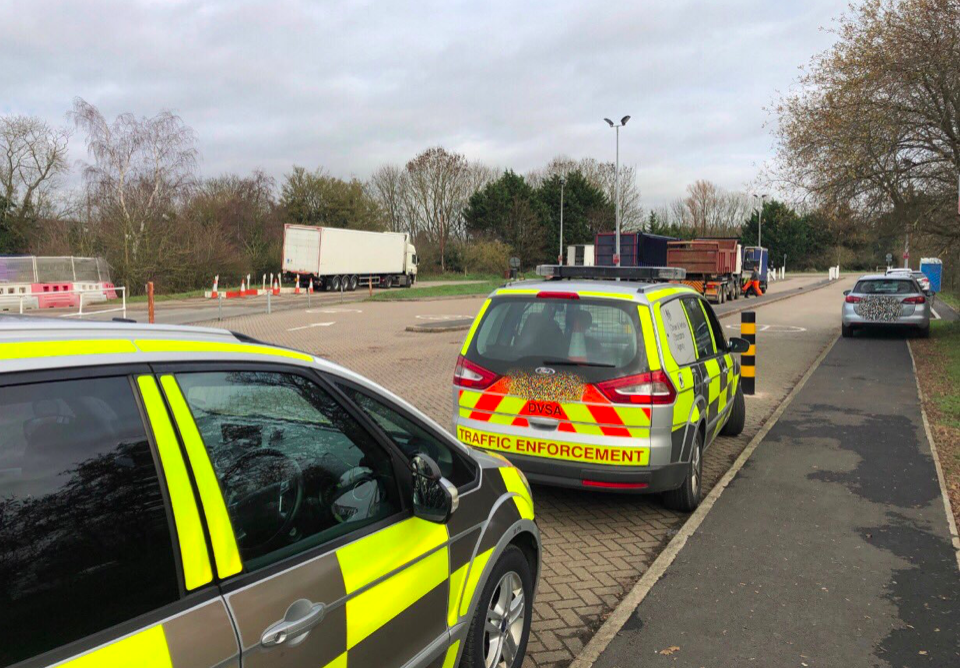 Lorries travelling to the Port of Dover or Eurotunnel will be required to have a “Kent Access Permit” by January 1st. Those without one face a fine of £300 and even vehicle impoundments, according to the the British government’s plans.

The ‘Kent access permit’ (KAP) is part of the consultation on the enforcement of Operation Brock in 2021. Under the plans, the permit would be digitally issued to drivers, who would then receive a ‘green’ or ‘amber’ result from the Smart freight service.

Each KAP would be valid for 24 hours to cover a single trip, and police and DVSA enforcement officers could issue penalties to hauliers found heading for Dover or Eurotunnel without one. The proposed fine of £300 per lorry would be imposed on the driver, rather than the haulier or freight forwarder who has formal responsibility for completing the customs paperwork.

The document gives the following reason why it is drivers who should foot the bill for the fines:

This is because the offence of not having a valid KAP, ignoring the Operation Brock contraflow, or driving without a valid Brock permit would be committed by the driver of the vehicle”.

The changes also mean that travelling in contravention of a ‘red’ result (being advised not to travel) or failure to use the Smart Freight portal (and thereby not having a valid KAP), would be a fineable offence.

A driver can even get several fines if they have contravened multiple requirements.

The British government plans to introduce the permit to reduce the number of „unready” HCVs reaching Kent.

If 80% of HCV drivers use the SF portal (ed. – Smart Freight system), and 80% of them follow the advice not to travel if they got issued a ‘red’ result, we could see a 64% reduction in the number of unready HCVs. This would reduce pressure on Kent, the Port of Dover, Eurotunnel and the Brock traffic management system, and make it easier for those HCVs that are border-ready to cross the border” – says the consultation on the need for a permit.

The authorities say that unready lorry drivers will have the opportunity to learn how to become border-ready. They can do so by filling in the needed documentation and parking in off-road sites for a limited time. Once they have received the necessary documentation, drivers could be asked to go through a manual border-readiness check. If their documents are accepted, they can travel. However, if they cannot fulfil the required administration properly, they would have to return to their UK base of operation or their trader, the paper explains.