Two trailers carrying bales of waste paper almost completely burned out in a Kent lorry park last weekend. The accident was caused as a result of a trucker using a camping stove between two HGVs. 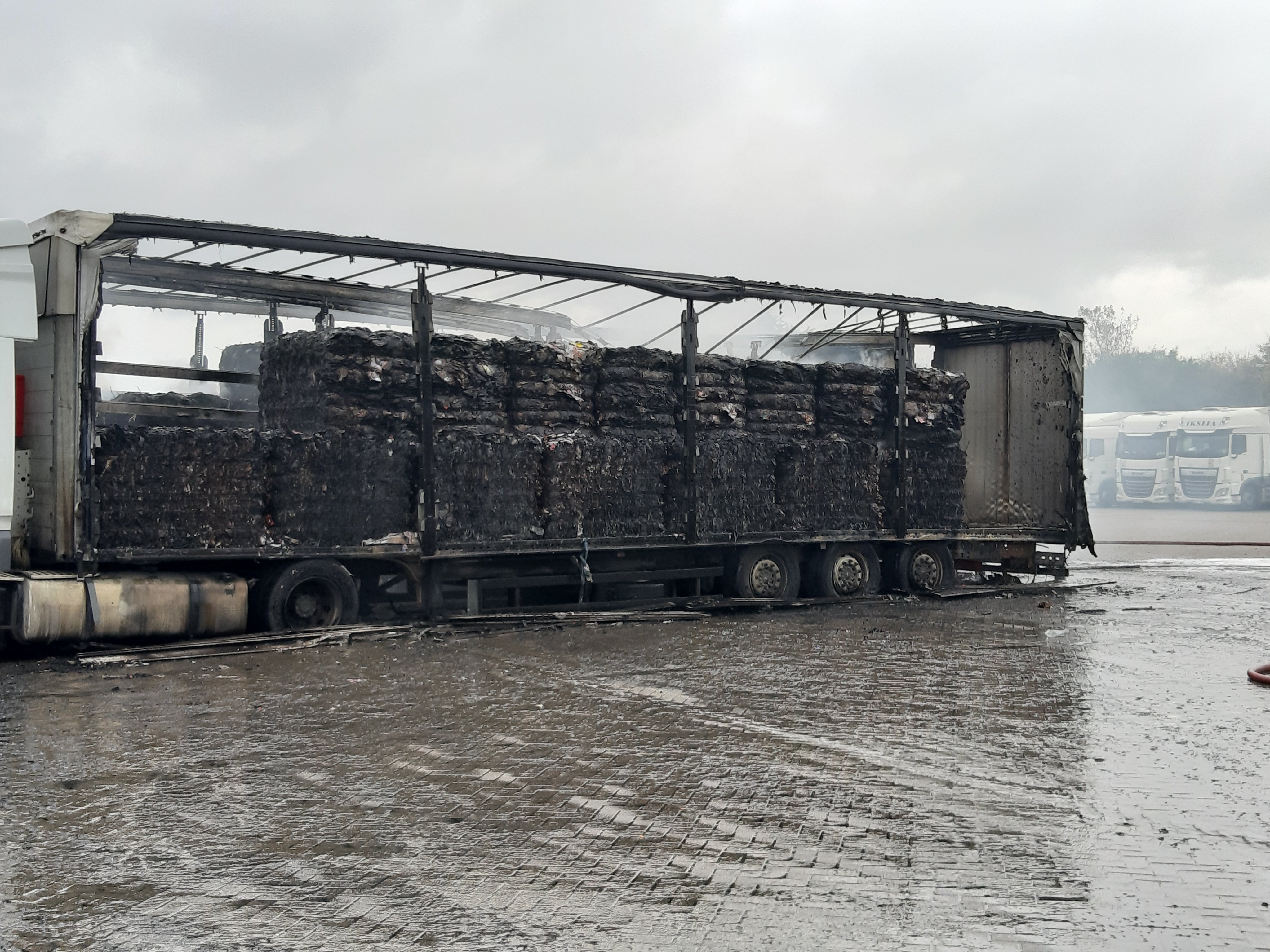 Commenting on the accident, Kent Ashford Police sarcastically tweeted “Turns out using a camping stove between 2 lorries carrying bales of waste paper is a bad idea.”

LPT2 assisted @kentfirerescue with this double lorry fire at the Ashford Truck Stop. Turns out using a camping stove between 2 lorries carrying bales
of waste paper is a bad idea… Thankfully no one was hurt JV pic.twitter.com/HNrdIIuhAb

Nobody was hurt in the accident.

Unfortunately, in a not-dissimilar case that occurred in Germany this summer, a lorry driver who used a gas canister in his cab was not so lucky.

According to an official police report, an explosion occurred in the cab of a truck parked in the 24 Agip Autohof parking area in Knüllwald-Remsfeld.

The 42-year-old truck driver who was in the cab was seriously injured and had to be flown to a special clinic in Dortmund for further care via a rescue helicopter. Following their initial investigation, officers believe the explosion was a result of the driver cooking in the cab using a gas cylinder.

Meanwhile, in other news related to the Ashford lorry park, reports in the local press suggest that many international truck drivers are still getting lost in local villages on their way to the facility.

Although the problem is much less acute than at the start of the year, trucks are still said to be winding their way through Mersham despite extra signage being erected. It has been suggested that out-of-date sat-navs are sending lorry drivers in the wrong direction.