Carrier faces a fine of 2000 euros for handing over a wrong GPS tracker during a roadside control. 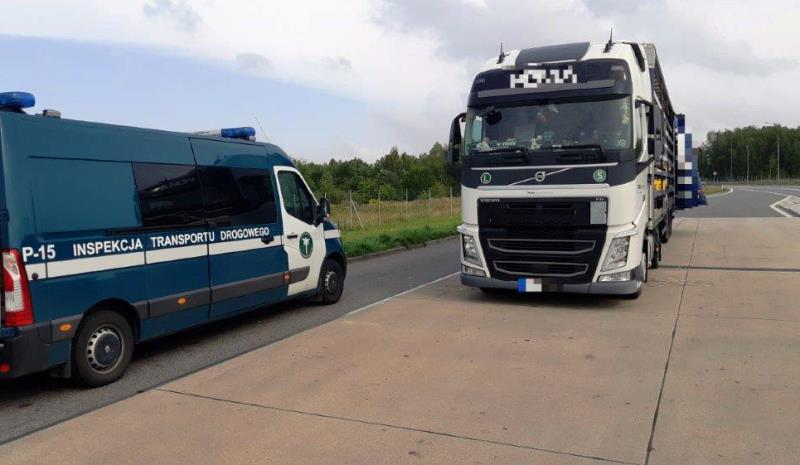 A Czech carrier who transported goods covered by the SENT system is facing a high fine. All because of one seemingly minor mistake detected by ITD inspectors.

The driver presented the inspectors with the required documents containing the SENT number and concerning the transported cargo and the GPS tracker,” we read in a press release by the ITD.

However, it turned out that the tracker declared in the documents related to the carriage of goods covered by the road monitoring system is not the same as the one the driver had.

It was only during the inspection that the carrier corrected the GPS tracker number,” adds the ITD and warns that the careless carrier is now facing a fine of PLN 10,000 (2200 euros).

Be very careful when reporting the goods to the SENT system. Carriers complain that even with smaller errors than the one described above, they are subject to high penalties.

Even PLN 10,000 (2200 euros) in penalties can be imposed on a carrier who gives a wrong number of a semi-trailer carrying sensitive goods. Carriers are also subject to penalties for, inter alia, incorrect registration or concession number. And it is not difficult to make such a mistake, especially when the company has, for example, two transport licenses and its vehicles work for several different customers.

Businesses also complain about the penalties imposed for not completing certain sections of the SENT declaration. Even if their answers already contain the information required by the following sections. This is the case, for example, when a carrier transports fuel products that are not covered by the 7% VAT rate. If he does not indicate in one of the fields that he is not subject to such a rate, he may also have problems.

These are common situations, as lawyers confirm.

Most of the cases, with which we are contacted by carriers covered by the SENT, are related to errors in filling in the application, or in extreme cases to the lack thereof. It is also often the case that the driver did not turn on the tracking device, or the device worked incorrectly,” says Marcin Pustelnik, a lawyer from Translawyers.eu.

The expert has repeatedly dealt with situations in which the carrier received a penalty for not turning on the GPS tracker and for errors in the declaration.

The Association of International Road Carriers in Poland does not agree with the level of penalties. In February this year, it wrote to the Ombudsman asking him to intervene in this matter. However, as we learned, he stated that ‘there are no grounds to submit a motion to the Constitutional Tribunal in the presented case’.