The flood of Asian and especially Chinese products has also affected motorization and transport. For several years, a lot of Chinese tires have been available on the market. This relatively cheap tire has its fans and opponents who claim that the Far East manufacturers do not have facilities that allow the production of tires of adequate quality. What’s the truth?

In DAF, which I drive, Michelin on the front axle passed 330,000 km. I’m a fan of Gortun tires in private. I understand the pain of premium manufacturers, but people can count and calculate. So far no one can compete on price with the Chinese” – writes one of the drivers.

We often hear about the advantages of using tires from renowned manufacturers.

Obviously, the lower fuel consumption translates into money. Brand name tires guarantee higher mileage. And it’s not only about the greater number of kilometers on a new set, but even more about subsequent lives. Because the brand product, with a strong carcass, is suitable for for retreading. It is not possible to produce a durable carcass and energy-saving tread with cheap methods – noted Rafał Spirydon, president of the Polish Association of Tire Industry (PZPO) during a recent conference in Warsaw.

In his opinion, a low-quality tire on the steering axle is enough for 120-150 thousand km, while a higher quality tire will last 220,000 km, and after adding „more lives” over 450,000 km. On drive axles and drag axles, branded wheels also achieve significantly higher mileage.

Sebastian Palka, commercial director of the Boma tire wholesaler, in his statement for tire.com.pl, emphasizes that the use of the wording „Chinese tires” is too simplistic. When assessing a given product, one should talk about a particular producer, not use generics.

Our largest Chinese supplier is Hangzhou Zhongce Rubber, which produces Goodride tires. The choice of this producer was not accidental. It was preceded by months of penetration of the tire market in China. Therefore, we can state that there are several dozen tire factories in this huge country with a diverse technological level. The Michelin factory in Shenyang celebrated its tenth anniversary. Can you risk saying that Michelin tires made in China are dangerous? – asked Sebastian Palka rhetorically.

In Palka’s opinion, China is attractive in terms of low labor costs and this is their advantage not only in the tire industry. However, some tire manufacturers, seeing the potential threat from Chinese brands, are trying to depreciate the value of these products. One of the elements of black PR is tire pseudo tests.

Positive evaluation of Chinese brands imported by our company may be subjective but is supported by facts. The number of complaints is comparable to the percentage of defective tires of domestic producers. Positive evaluation of Chinese brands results from the favorable opinions of the end users, which directly translates into the growth of product sales in geometric progress” – explains Sebastian Palka.

Andrzej Skowron, president of Polish Tire Deposits, stresses that the unknown Chinese brand always raises some concerns about the quality of the goods. At the same time, he notes the tendency of the price difference between the Asian and European tires to shrink.

Skowron states that large European companies produce huge quantities of tires in China, and they would not allow distributing products of dubious quality.

I would not overestimate the quality difference between tires produced in China or in Asia in general, and in other parts of the world” – says Skowron.

The fact is that more and more brand name suppliers are no longer afraid of tires from Asian manufacturers. In 2017, Inter Cars started cooperation with the manufacturer of Royal Black tires, Weifang Goldshield Tire.

Chinese factories, with whom we cooperate, offer products of better and better quality. They implement a policy of high production standards and quality control. Weifang Goldshield Tire is the oldest and largest tire manufacturer in the region. The factory’s potential is almost 2 million tires a year, produced in accordance with high-quality standards, confirmed by independent certificates and the Compulsory Product Certification, China’s product quality certification. High quality is also confirmed by honorary titles awarded by consumer associations. An additional advantage of Royal Black tires is the 24-month warranty provided directly by Inter Cars. Any manufacturing fault of the product does not force the buyer to, often embarrassing, direct contact with the manufacturer and all formalities can be dealt with locally „- said Inter Cars in a special communique.

There is no shortage of opinions that Asians may be dumping since Chinese tires cost even 30-40 percent less, and they do not differ in quality from premium tires of well-known European manufacturers.

„Coalition against unfair competition in the tire industry” suspects that the Chinese sell their goods abroad at prices lower than the domestic market, or maybe even cheaper than the costs of their production. The Coalition represents some EU tire manufacturers and retreaders who allege that tires originating in China are sold in Europe at dumped prices and cause damage to local tire producers and retreaders. According to the Coalition members, this leads, among others to the decline in the number of jobs in the European tire sector. 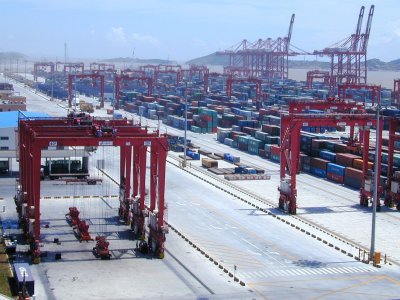 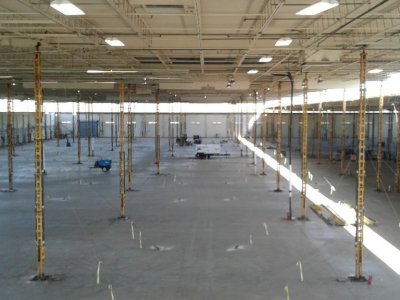 Adding Value and Marketability to Existing...