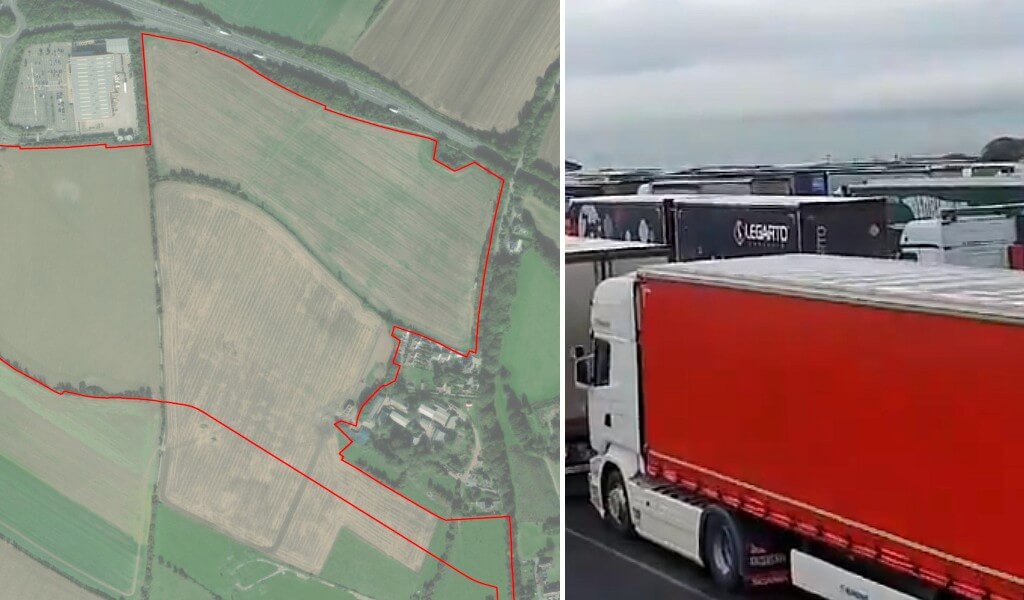 The inland border facility being constructed near the Kent village of Guston won’t be ready until January 2022 at the earliest, it has been announced.

According to an update to the Kent County Council Environment and Transport Committee published last week, “the planned work [at the White Cliffs border post] should be delivered by early 2022”.

As ITV News reports, the final design of the facility is yet to be published, while a Special Development Order for planning permission not yet been signed by ministers.

The lorry park, officially named as the White Cliffs Inland Border Facility, is located alongside the A2 in Kent, near to the villages of Guston and Whitfield. The site is approximately 37.6 hectares in size and will be able to accomodate 1,200 trucks.

It was supposed to be ready by July of this year, when post-Brexit customs and veterinary checks were due to be implemented in Great Britain. However, the introduction of those controls has been delayed by 6 months.

The Department for Transport has said the decision to postpone the introduction of those checks was the reason behind the change of timetable for the constriction of the White Cliffs Inland Border Facility. Critics would nonetheless argue that is the latter that instigated the former.

A number of residents in Guston have protested against the construction of the lorry park, arguing there are other sites that would be better suited for the facility. Work on the inland border facility is nonetheless continuing and it seems the lorry park will be built regardless.