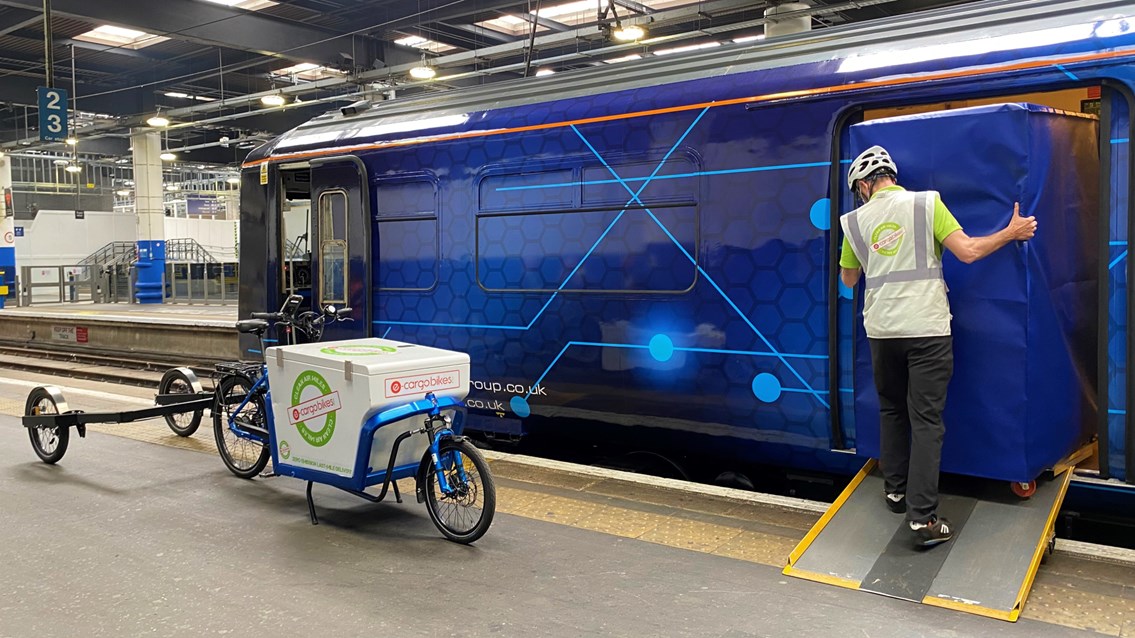 Network rail has announced that converted passenger trains will soon deliver goods directly into city-centre stations in the UK. One carriage will be able to hold approximately the same amount of goods as one articulated lorry. The fully re-fitted carriages can accommodate roll cages, pallets and other customer identified vessels or containers.

The plan involves old passenger trains being converted to transport goods straight into busy urban areas. As well as online retail, the flexible freight operation could transport other light goods needed in super-fast time by businesses. After arriving at the station, the parcels are then picked up by bicycle or van couriers for the last mile.

The trains can travel up to 100mph – twice the average speed as road traffic. As well as faster delivery times, the converted trains are cleaner than air and road haulage; can access city centres unlike larger scale rail freight or air; can operate on an electrified and non-electrified rail and are easy to load and unload onto modes of transport for first and the last mile of the journey, explains Network Rail.

The repurposing works for the project have been carried out by Orion, whose CEO Karl Watts said:

The first train will start running later this year between the Midlands and Scotland. More routes could be added in 2022 dependent on customer demand and available train routes.