Europe is dependent on China. The United States is dependent on China. While many of the life-saving products are made in the European Union and the USA, the Middle Kingdom is the world’s largest producer of active pharmaceutical ingredients. However, the problem does not only concern the medical industry. We have allowed fashion, electronics and automotive industries to become dependent on Asia. And now we see the effects.

Already at the very beginning of the rise in coronavirus-related diseases in China, the research institute MIT Center for Transportation & Logistics in Massachusetts asked about the companies’ strategy, related to the then-coming crisis. As many as 42% of the responding manufacturers stated that they would limit travel to China. Similar opinions were expressed by 19% and 30% of distributors and retailers, supplychain247.com reports. On the other hand, more than 60% of distributors and retailers said they would keep a close eye on developments and plan a further strategy based on them.

And there’s plenty to observe. Although the TSL industry representatives are calling not to spread panic, there is no denying that the impact of the coronavirus on the supply chain is becoming increasingly evident. At the end of February, Waberer announced that it was suspending execution of orders in northern Italy. At the same time, Hyundai closed down a car factory in South Korea due to a lack of parts, supplychainbrain.com reported.

“In this particular case, we have an epidemiological threat that has a significant impact on the economy. Unfortunately, it so happens that Asian countries, and especially the Middle Kingdom, possess production resources that are significant for many industries. The fact that it is a virus today is of secondary importance – the key problem is the concentration of production means in one geographical area,” comments Krzysztof Wieczorek, business project manager at ASTRA S.A. “This type of centralization poses a great threat to the continuity of industry and trade in the event of any turbulence – whether related to human capital (epidemics, mass strikes, local conflicts), or political (penalty customs duties and embargoes) or natural (natural disasters),” he adds.

He adds that regardless of the type of crisis, the effect may be similar – for a certain period of time, there is no access to either the finished products or the parts from which they are made. And this can “lead to the collapse of production cycles around the world, rising prices and inflation, and even a global crisis”.

“Unfortunately, when allocating production to one particular region, global players rarely take such risks into account, the first effects of which we can observe today,” the expert notes.

Not a random choice

The dependence of many companies on a particular region (largely on China) should not be surprising. It was decided by the concrete benefits.

“On the profit side, cost optimisation can certainly be included – locating production in countries with relatively cheap (though no longer the cheapest) workforce and quite high labour productivity allows for low production prices and, as a result, high margins. Not without significance are also local, usually quite liberal environmental and occupational health and safety conditions,” Wieczorek admits.

Tomasz Szacoń, the sales expert to retail chains from Retailpoland Consulting LTD, agrees with him.

“They gain (companies that use one source of suppliers – editorial note) less work on orders because there is always less work when you order from one contractor. Better suppliers also promise additional discounts – the so-called retro-bonus for achieving a specific turnover. Turnover is increasing, so the purchase price is becoming more attractive,” he explains.

It is only in the face of the crisis that the traps associated with such management can be seen – delays or even cancellation of deliveries, stopping the production lines.

“The milk has spilt”

How should the supply chain be modelled to minimise the negative effects of the crisis? It’s not easy to answer that. Some risk management experts indicate that the scale of the problem is so great that it is already difficult to talk about providing substitute means of transport or seeking completely new partners.

For now, milk has already been spilt, all you can do is make the most of these logistical channels between China and the rest of the world, which are open in any way,” says Krzysztof Wieczorek. “For the future – it may be worth considering diversification of production sites, or returning to the old methods of building the supply chain, which involved building local stocks of strategic production components or goods, so as to be able to survive several weeks of delays in shipments from Asia.”

According to Tomasz Szacoń, this diversification should concern both production and sales.

I’ve considered the steel and metal industries in particular. It’s true that the Far East is quite cheap, but there are transport costs. High quality in Europe, on the other hand, costs money, and often someone who buys particular raw material wonders what to choose – quality or price. However, the current situation with the coronavirus suggests that it is worthwhile to source from both locations at the same time. The current situation is an opportunity for the European companies to gain new outlets,” he argues.

Diversification of production will be more expensive for companies than the previous strategy – experts have no doubts about that. But that is not the only idea.

Another way is to automate production lines and keep them in the target countries or in their immediate vicinity. Of course, this is connected with high initial costs, but in the long run it may turn out to be quite profitable if you take into account the importance of securing continuity of supply and significantly lower transport costs,” advises Krzysztof Wieczorek.

This is something companies will have to think about in the future. We have no idea how distant this future is.

“For the time being, it is difficult to speak of constructive conclusions, as the TSL is directly dependent on production and trade. However, when planning budgets and development, it is worth keeping the current situation in mind and assuming financial reserves for unforeseen situations,” says ASTRA S.A. representative.

Even if the epidemiological crisis were to be tackled today, many challenges would still have to be faced. These certainly include cancelled transport orders on the one hand, but also possible transfers in the means of transport on the other. Something that was supposed to come by ship to the European Union and arrive for Easter – now it will probably be quickly shifted to rail and even air transport. This is because if it does not reach its destination country before the season – it may not leave at all, because the goods will be unsellable after the season,” he adds.

There is also increasing talk of difficulties in managing the supply chain… once the crisis is over. The German logistics operator Transfracht, for example, mentions the need to meet the increased demand, which can result in an increase of up to 2% in volume.

It is estimated that the peak can be observed as early as April. 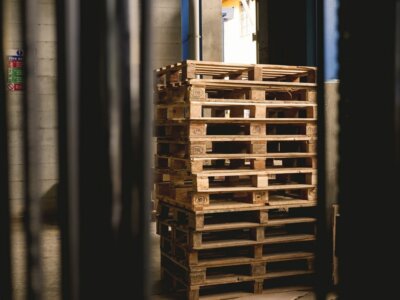 Some crucial game-changers to hold up... 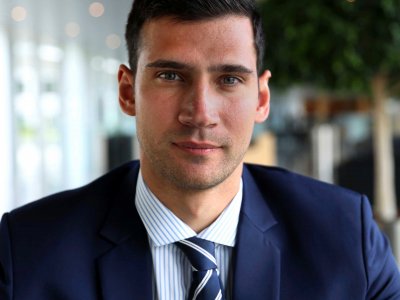