Lorry drivers were exempt from coronavirus-test requirements in Europe for months. However, since the new COVID-variant appeared, more countries have introduced different requirements for drivers depending on where they are coming from.

Here’s you’ll find a list of countries that require negative coronavirus test results and exemption certificates, as well as any other requirements that apply. We’ve also added information on testing sites.

Those truck drivers who have been in, or transited through, Tyrol and whose destination is Germany.

– Tests for drivers travelling towards Germany via Brenner can be performed at 3 locations:

Update: 23 February 2021 – Tests for drivers travelling to Austria from Italy can also be performed at the Autoparco Brescia Est, near Castenedolo, Italy.

Drivers don’t need to register online before entering Austria if they can prove they are carrying out goods transportation. The Template of Certificate for International Transport Workers recommended by the EU can be such proof.

Lorry drivers who stay in Belgium for more than 48 hours for professional reasons no longer need to complete a Passenger Locator Form. Drivers are also exempt from carrying a negative corona test and mandatory quarantine.

Drivers must have a negative PCR test if they are travelling from a red zone to Belgium.

Exception: if you are not travelling by air, train, bus or boat and will be spending less than 48 hours in Belgium, no PCR test is required

There’s no official information on testing facilities at the border therefore the coronavirus test is recommended to be done beforehand.

Drivers don’t need to register online before entering the country if they can prove they are carrying out goods transportation. A document such as a bill of lading will be accepted, or the Template of Certificate for International Transport Workers recommended by the EU can also be such proof.

Drivers also must fill in the Passenger Location From before entering the country.

Tests should be carried out before crossing the Czech border and drivers must have a certificate about the negative test results.

>>> Certificate sample can be found here <<<

Drivers don’t need to register online before entering the country if they can prove they are carrying out goods transportation. The Template of Certificate for International Transport Workers recommended by the EU can be such proof.

Drivers arriving from the Czech Republic and Slovakia

If a driver stays in Germany for more than 72 hours, they are subject to the virus test requirements. In addition, a declaration of entry must also be completed prior to entry.

However, this measure does not apply if the stay in a high-risk country is shorter than 24 hours or the driver stays in Germany for less than 24 hours.

Note, border checks will still be carried out.

Drivers don’t need a test, however, border controls will continue to be maintained.

Drivers entering Germany from France for less than 72 hours do not have to provide a negative test result.

Lorry drivers are no exempt from the requirement to register their entry to Germany online.

Register your entry to Germany HERE

Update 02/03: a cyber attack has temporarily broken the system. Paper forms must be downloaded and used instead. You can download the form here.

Professional drivers entering from high-risk territories. The updated list of „red” countries can be found on the website of the Robert Koch Institue.

Tests for drivers travelling towards Germany via Brenner can be performed at 3 locations:

Tests for drivers arriving from the Czech Republic can be done at the border stations. However, bear in mind that Czechia also requires Germany-bound drivers to provide a negative covid-test before entering its territory.

>> Map of test centres in the Czech Republic <<<

Tests for drivers travelling towards Germany from Italy can also be performed at the Autoparco Brescia Est, near Castenedolo, Italy.

Drivers arriving from Tyrol and Germany.

Lorry drivers travelling from the UK to France don’t need to present negative coronavirus tests at the border.

Professional drivers entering from the United Kingdom or Ireland.

In Ireland, the antigen tests are free and can be taken at the following locations:

Lorry drivers travelling to France from the UK who have spent less than 48 hours in the UK no longer need to test negative for coronavirus before travelling.

The change to the rules was announced the on the UK Government website yesterday.

Instead of presenting a negative test result, the drivers who have been in the UK for under 48 hours should give evidence of the time of their trip to the UK. The evidence needs to be provided at check-in for the return journey.

French authorities will also recognise proof of a negative coronavirus test taken in Ireland if the test was taken less than 72 hours before departure from the UK for France.

1, Drivers will also need to carry with them a signed “declaration of honour” form for the French authorities, confirming that he/she has no COVID-19 symptoms and that he/she has not been a close contact of a person who has tested positive for COVID-19 in the previous 14 days.

A dedicated form for HGV drivers travelling from Ireland or the UK to France is now available in English at: https://www.interieur.gouv.fr/Actualites/L-actu-du-Ministere/Deplacement-des-transporteurs-routiers-internationaux . The completed “declaration of honour” form must also be shown to the ferry operator before boarding and to French authorities if requested upon arrival.

2,  Also, drivers must present a European certificate for workers in the international transport sector.

Lorry drivers who spend more than 72 hours in Lithuania.

Note, that tests are not for free in Lithuania. Depending on the testing centre, it usually costs 85-115 euros.

Lorry drivers who spend less than 48 hours in the UK are to be allowed to enter the Netherlands without presenting a negative coronavirus test.

Drivers travelling to the Netherlands from high-risk countries must provide the following:

The latest details can be found from the authorities here.

The negative test result must be in English, German, French, Italian, Portuguese, Spanish or Dutch, and contain the following information:

All countries are considered to be high-risk country if they are not on the list of low-risk countries. 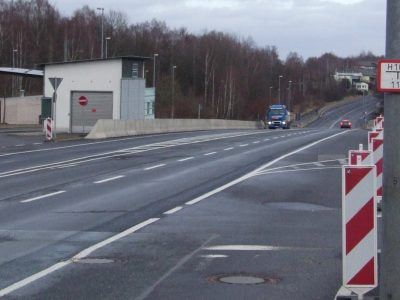 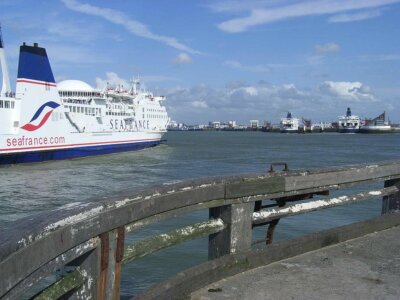