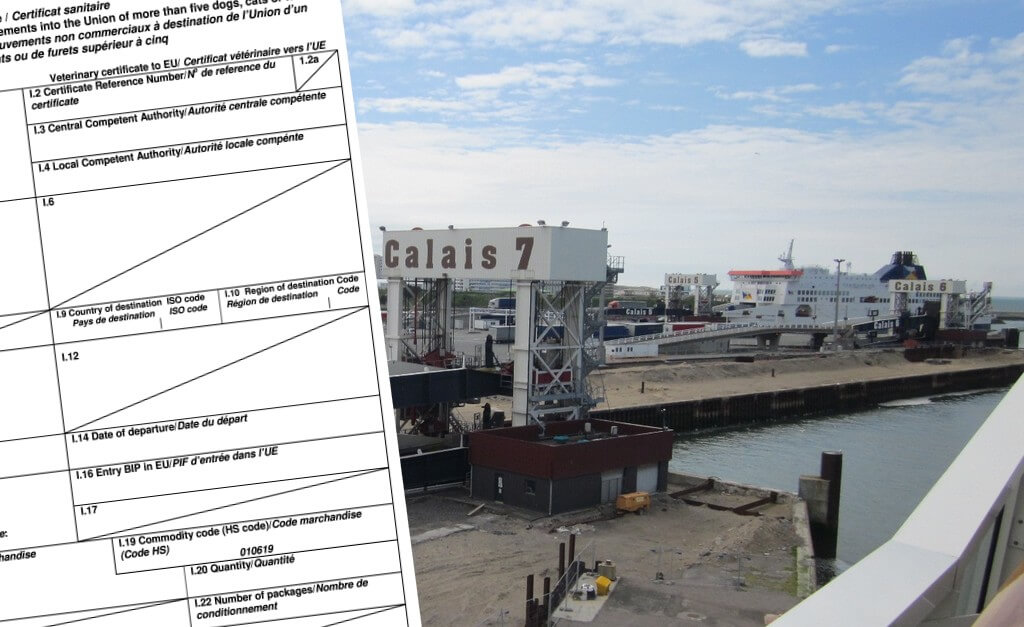 According to data from the Lille prefecture, only 1 in 10 UK Export Health Certificates for EU-bound produce have been correctly filled in since the beginning of the year.

The Prefecture Hauts-de-France et du Nord figures, which were revealed late last night by ITV News, also show that 65% of lorries arriving at the region’s ports from the UK were empty last week. On top of that, freight traffic in both directions is down 30% compared to normal.

The customs obstacles are not believed to be entirely responsible for the empty lorries and lower traffic levels. Pre-Brexit stockpiling and reduced demand due to lockdown are also thought to be factors.

When asked to comment on the figures by ITV, Road Haulage Association CEO Richard Burnett said they came “as no surprise”:

“This comes as no surprise to us: we have warned the government for months about their lack of preparation. IT systems not for for purpose, a lack of customs agents and incredibly unhelpful and poor communication to traders and hauliers. The Balance of UK trade has been badly affected and goods are stranded at warehouses. We are urging the government to act on this now and not shrug it off as teething problems that will soon disappear.”

However, Paul-François Schira of Prefecture Hauts-de-France et du Nord told ITV News that the situation appears to be improving; the number of empty lorries dropped down to 50% on Wednesday.

Meanwhile, the data showing 90% of UK Export Health Certificates for EU-bound produce have errors seems to be indicative of the issues food exporters have had since January 1st.

Earlier this week, the UK’s National Pig Association said that the future of the country’s pork industry was “at serious risk” due to the imbalance in the ease of importing and exporting goods between the EU and the UK.

Seafood exporters have also been vocal about the problems filling in customs paperwork, and even sent lorries down to Westminster to protest on January 18th.

In order to try and find solutions for easing some of the current export barriers, the UK Government is to set up a task force. The move has been welcomed by both the Scottish Salmon Producers Association and Scotland Food and Drink.