With P&O's Dover-Calais services out of service, and both Operation Brock and TAP in place, we provide our latest update on the freight traffic situation in Kent, as well as updates on P&O's latest attempts to get its Dover-Calais sailings restored. 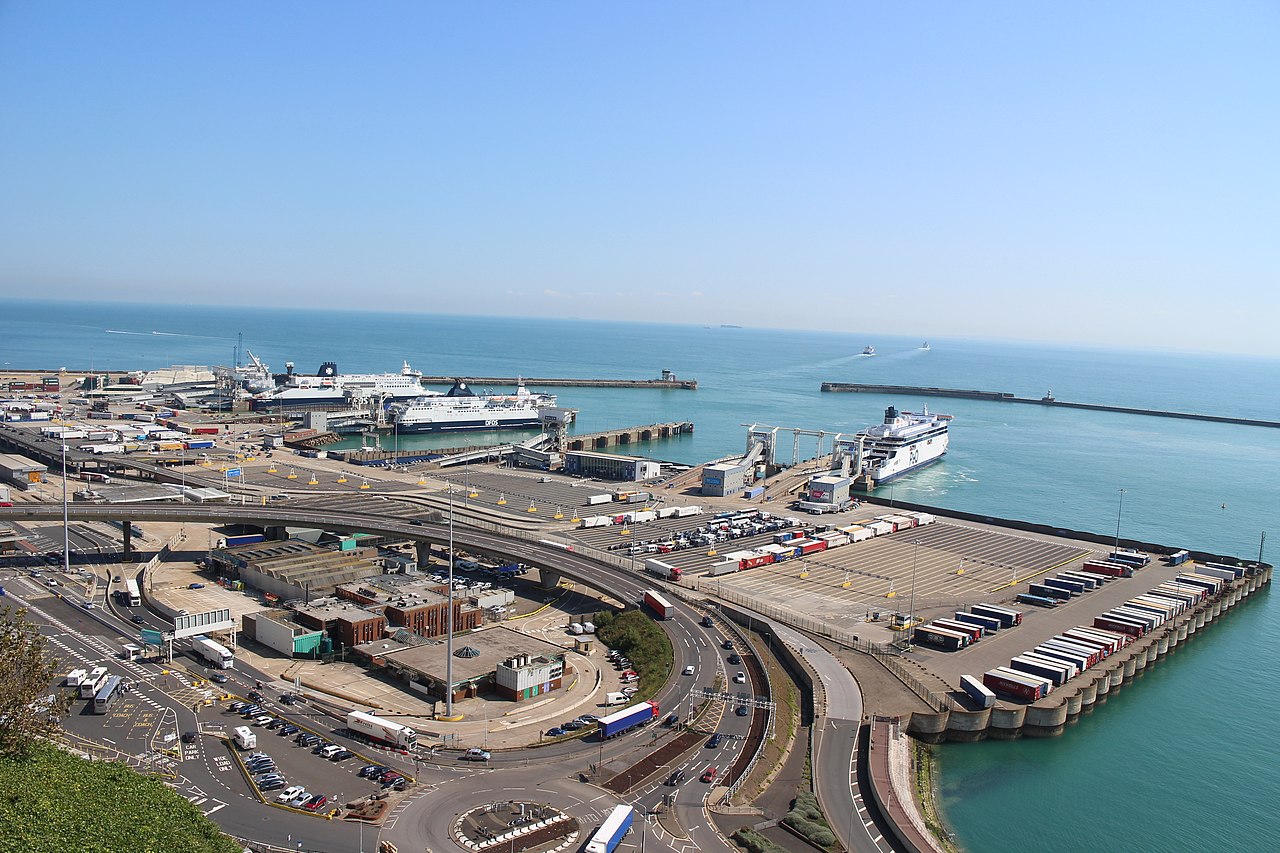 At the time of writing, 12.15am CET/11.15am GMT, both Operation Brock and Operation TAP remain in operation. Readers may recall that Operation Brock shall continue to be active until May 3rd at the earliest.

TRAVEL: ⚠️ #Dover TAP is in force on the #A20 coastbound from the Roundhill Tunnel to the Western Heights roundabout – lorries heading towards the port are queueing in the left lane with all other traffic using the right lane #kmfmtravel https://t.co/Rm8yhMvczi pic.twitter.com/FLxELZU2EQ

An accident and an oil spillage has also reportedly added to the disruption, which was filmed by Twitter user Mike Bell:

#M20 at a standstill coastbound between J9 and J10 Ashford this morning, leave at J9 and use A20 if you can.
Waiting for @KentHighways to update. pic.twitter.com/zw4nGLzpQ8

The good news is that ferry and train crossings are all working smoothly. Both DFDS and Irish Ferries are operating without delay, while Eurotunnel is providing 5 services per hour in both directions.

DOVER-FRANCE-DOVER | Great news! All services are currently operating to the advertised schedule.

Yesterday, speculation was rife that P&O’s was set to resume at least some Dover-Calais services as soon as tomorrow. The company’s booking system had indicated that would be the case. However, the website has since been updated and the earliest available bookings are now Tuesday, May 3rd.

#PODover #POCalais: Our services remain suspended today, however we have secured space with DFDS. Please call us on 01304 44 88 88 and we will rebook you. Alternatively, if you do not wish to travel, please email help@poferries.com and we will process a refund for you.

For those with P&O bookings valid for today, the ferry firm has reached agreement for its customers to sail with DFDS.

As we reported yesterday, the RMT Union accused P&O of trying to push its agency workers on temporary contracts to accept agreements with even lower wages. A spokesperson for the company has nonetheless denied the claim, stating:

“No agency seafarers were asked to accept reduced wages and we have contacted the MCA to request that they withdraw their statement, which is misleading. There was an administrative misunderstanding around the contract presented to one individual who appears to have been unaware of an appendix which made clear that he would be entitled to an additional £195 a month, meaning that there was no change to his overall pay. There are no plans to change or reduce the wages of any of our agency seafarers and we have made clear that we will continue to comply fully with any national minimum wage obligations introduced by the UK government.”

Martyn EJ Gray of the Nautilus International union, speaking to BBC Radio Kent this morning, nonetheless argued that while P&O said it wouldn’t be paying less, it was still trying “to shaft” its new employees:

“If one of their seafarers, for whatever reason, was injured on board, and needed to be sent home or needed to receive medical treatment, they would be receiving 195 pounds less under those circumstances, because of those changes to the contract. So as much as the company is saying, well, we weren’t going to be paying people less, they’re actually trying to shaft their new workforce in circumstances where they’ll actually be if anything needing that money even more, because of what’s happened,” said the Nautilus International Executive Director.

The union boss then raised more safety concerns regarding ships that have passed inspection with one set of crew onboard, but not the crew who will relieve them:

“The Maritime and Coastguard agency will have inspected these ships with a crew on board, but there is an entirely different crew that will be relieving this crew that has been passed as safe. And part of the requirements for the safety inspections is to make sure the crew are familiar with the equipment and they know what they’re doing. So as far as we’re concerned, there’s an entire other crew that doesn’t necessarily know how to operate these vessels until the MCA prove that they do. So there is going to have to be more safety inspections when crew changes start to happen on the ships so that we know for certain that the seafarers onboard or the majority of the seafarers onboard are familiar with how these ships operate.”

Further use of Operation Brock expected

Speaking to Kent Online, Toby Howe, Kent County Council’s (KCC) senior highway manager, has said that there are as many as seven events that could see Operation Brock triggered again this year:

“Operation Brock does remain exceptionally disruptive, both locally and nationally. It’s limited in its capacity. And of course it’s resource heavy and has a huge impact on the road network around. But it’s likely to continue for the next however long so the next steps in the short term is for the Kent Resilience Forum to carry out a review because everything has changed since we left the EU. In the medium term, we need to be planning for the year ahead. There are seven possible key events coming up such as getaways and school half-terms.”

Tellingly, Mr Howe added that he wanted to “get this problem taken out of Kent so that it isn’t always us that’s got to deal with it.”

As we reported last year, Mr Howe isn’t the only person in the council who feels that way. Back in March of 2021, Barbara Cooper, Kent County Council’s director of growth, environment and transport, said that she wanted a lorry park outside of Kent so as to move congestion elsewhere.

Mrs Cooper made the comments during a meeting of cabinet, in which she said the following:

“We would be unable to implement all stages of Operation Stack because Sevington compromises the latest stages. We are working closely with the DfT to work out what the plans are for traffic management going forward. Ideally we would like sites outside Kent because then congestion would be outside Kent.”