Driver nets £10,00 bonus after boss shadows him while undercover as trainee

A delivery driver has received an incredible £10,00 bonus and a 10% pay rise after his boss worked alongside him as an undercover trainee. Akik, from Walsall, was granted the bonus after his boss was impressed by his hard work and dedication, but also disappointed that the driver did not feel valued by the company. 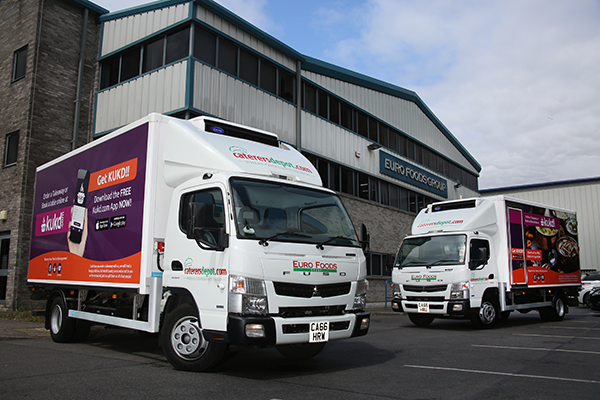 Shelim Hussain, who has an MBE and runs a firm selling Indian Food products, offered the bonus and pay rise after going undercover as part of ITV’s Undercover Boss series. The show typically involves bosses across the UK going undercover as trainees in entry level positions in order to understand what is happening in their business at ground-level.

Many drivers feel that there is a lack of appreciation for the work they do among the hierarchy of the companies they serve. It is often argued that if a boss joined them in the cab, he/she would have better understanding and respect for the work they do.

Despite Mr Hussain having worked as a driver himself in the 1990s, his experience undercover as a trainee seems to have reminded him just how tough the job is, and also how the profession has become even more demanding.

Mr Hussain shadowed many of his drivers during his time undercover, but was particularly impressed by Alik, who conducted thorough checks on his vehicle before setting off.

The undercover work allowed Mr Hussain to understand that the delivery targets his drivers are asked to meet are almost impossible. The company boss also saw first-hand how some clients can get annoyed at slight delays or delivery discrepancies. Moreover, he learned how physically demanding the role is.

At one point during the show, Alik admitted that many drivers felt their employer did not value them, and that he felt the same. Mr Hussain then appeared to wipe off tears during a segment when he was filmed alone, telling the camera that he didn’t want his staff to not feel valued.

At the end of the show, Mr Hussain revealed his true identity to Alik and informed him that he wanted to offer a 10% pay rise and a promotion to the position of driver trainer. In addition, Alik was given a whopping bonus of £10,00 for himself and his daughters.

In an earlier episode of the series screened in mid-August, the managing director of moving company Pickfords had to come to terms with the fact his staff felt overworked and underpaid. After seeing the job that was being conducted first-hand, the MD offered staff a £1,000 bonus and a pay rise.

For the benefit of our readers in the UK, all episodes of the series can be viewed on the ITV Hub here.