The Dublin Port Company has today reported trading figures for the fourth quarter of 2021 and for the year as a whole. Brexit has caused the make-up of Dublin Port’s unitised volumes to change significantly; Ro-Ro volumes decreased greatly, while the number of Lo-Lo containers increased by 43,000. Also, there was a substantial decline in unitised volumes with GB but a strong increase in volumes with the EU. 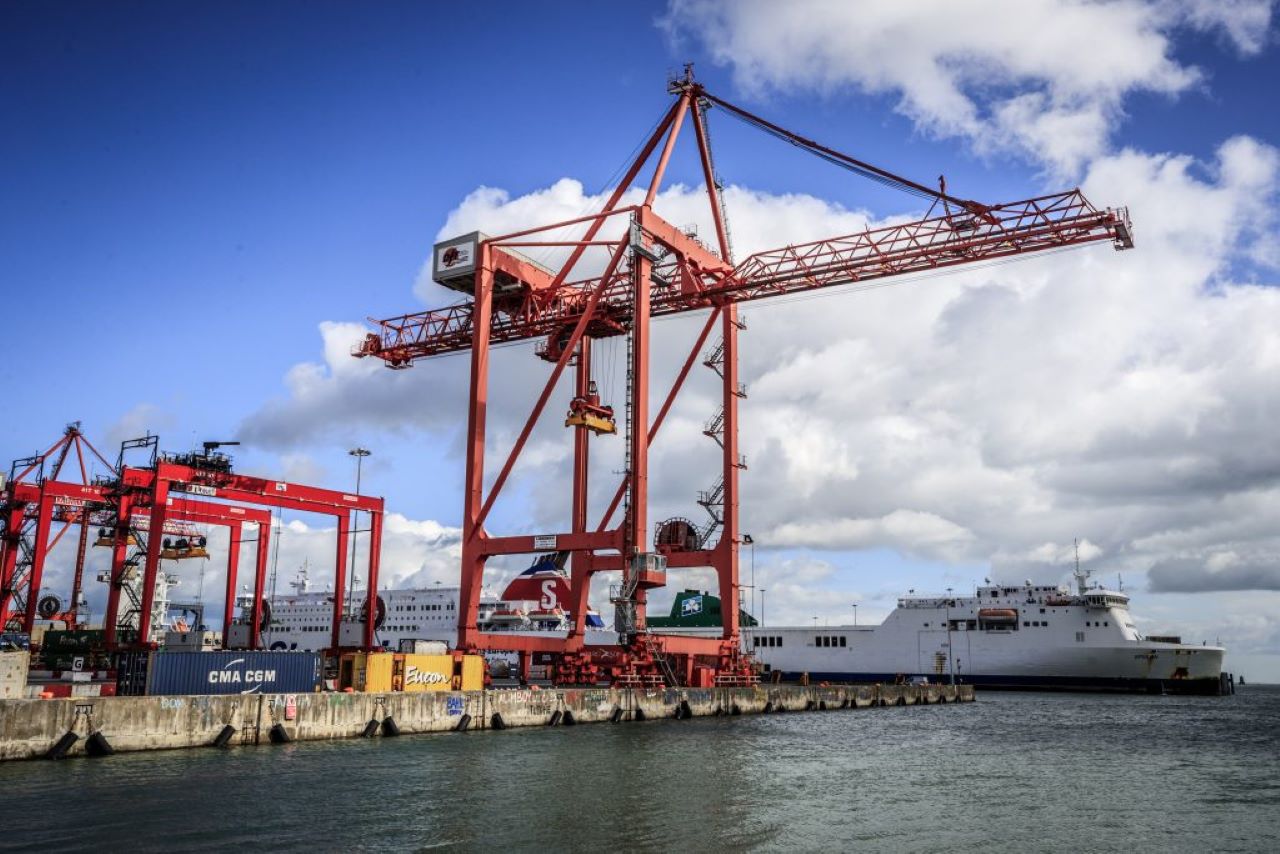 For the year as a whole, overall volumes at Dublin Port fell by -5.2% to 34.9 million gross tonnes.

83% of Dublin Port’s volumes are in the Ro-Ro and Lo-Lo modes and there were contrasting outcomes in these two modes; the number of Ro-Ro units fell by 9.3% or 99,000 trailers. This was significantly offset by an increase in Lo-Lo units of 10.2% or 43,000 containers.

The full-year impacts of Brexit on Dublin Port’s Ro-Ro and Lo-Lo volumes are now clear; the overall decline in the number of containers and trailers was small at just 56,000 units (-3.8%).

“Dublin Port finished 2021 with overall volumes down on their 2020 levels by -5.2%.  The reduction in cargo throughput was accounted for by a drop of 56,000 in the number of containers and trailers to 1.4 million.  Behind this figure there was a substantial decline in unitised volumes with GB – down 214,000 units – largely offset by a strong increase in volumes with the EU of 158,000 units,” said Dublin Port’s Chief Executive, Eamonn O’Reilly, when commenting on the report.

Fewer goods are now moving in trailers in the Ro-Ro mode and more are moving in containers in the Lo-Lo mode.  Lo-Lo’s share of unitised volumes increased from 29% to 33%. Also, fewer Ro-Ro trailers are moving to driver-accompanied. In 2021, their number declined by 90,000, contributing substantially to the overall decline in Ro-Ro volumes of 99,000.

“Dublin Port’s volumes are set to increase again during 2022 driven by growth in trade on direct services with Continental Europe,” O’Reilly added. “Looking ahead, we are currently preparing our third and final Masterplan project – the 3FM Project – to provide additional infrastructure for continued future growth.  The 3FM Project includes the construction of Ireland’s largest container terminal with an annual capacity of 360,000 containers to meet Ireland’s long-term port infrastructure needs.”