Last month, the DVSA published its latest statistical data regarding the number and type of road offences made by drivers of all vehicles. We've taken the data concerning HGVs from Great Britain and abroad to see how the two compare. 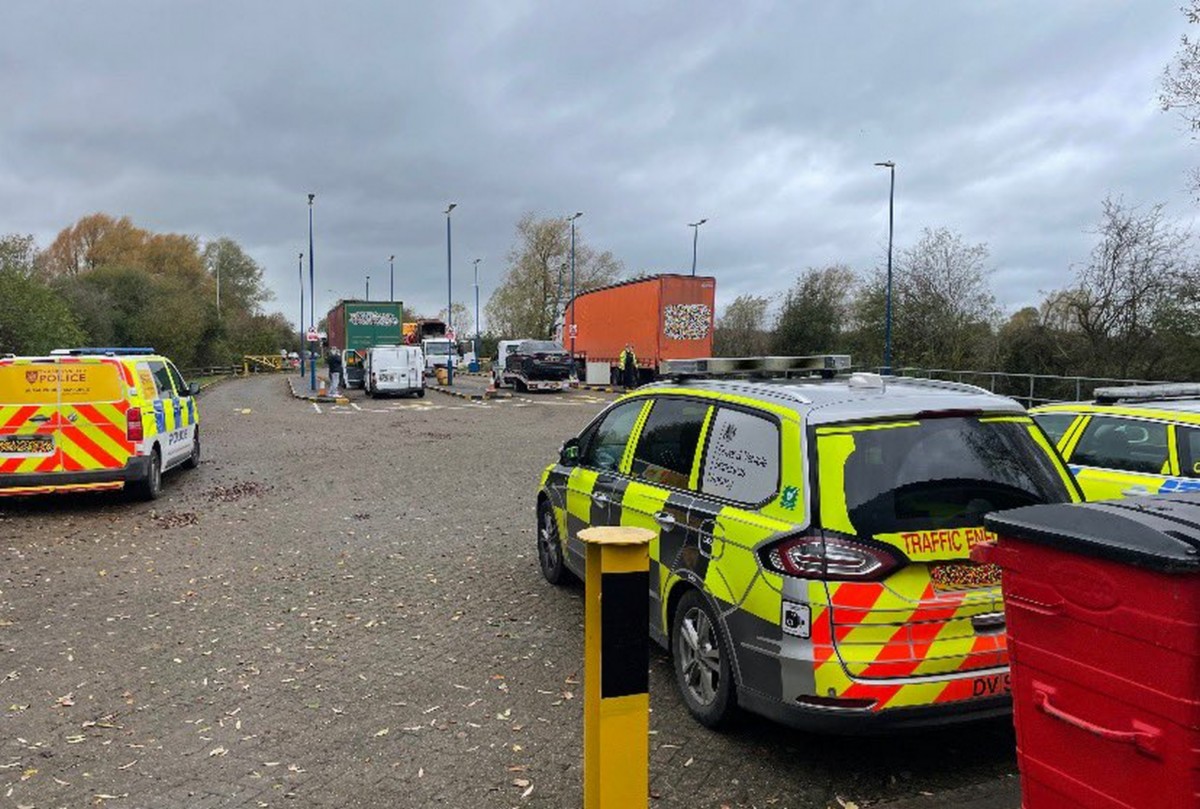 The latest figures cover the second quarter of 2022 from April until June. To get a broader picture for 2022, we’ve aggregated that data from the first quarter of 2022.

One of the categories specified in the dataset regards mechanical checks and prohibitions.

The figures show that although HGVs from outwith Great Britain were subjected to 28% more mechanical checks than their non-Great Britain counterparts, their prohibition rate was almost 4% lower. 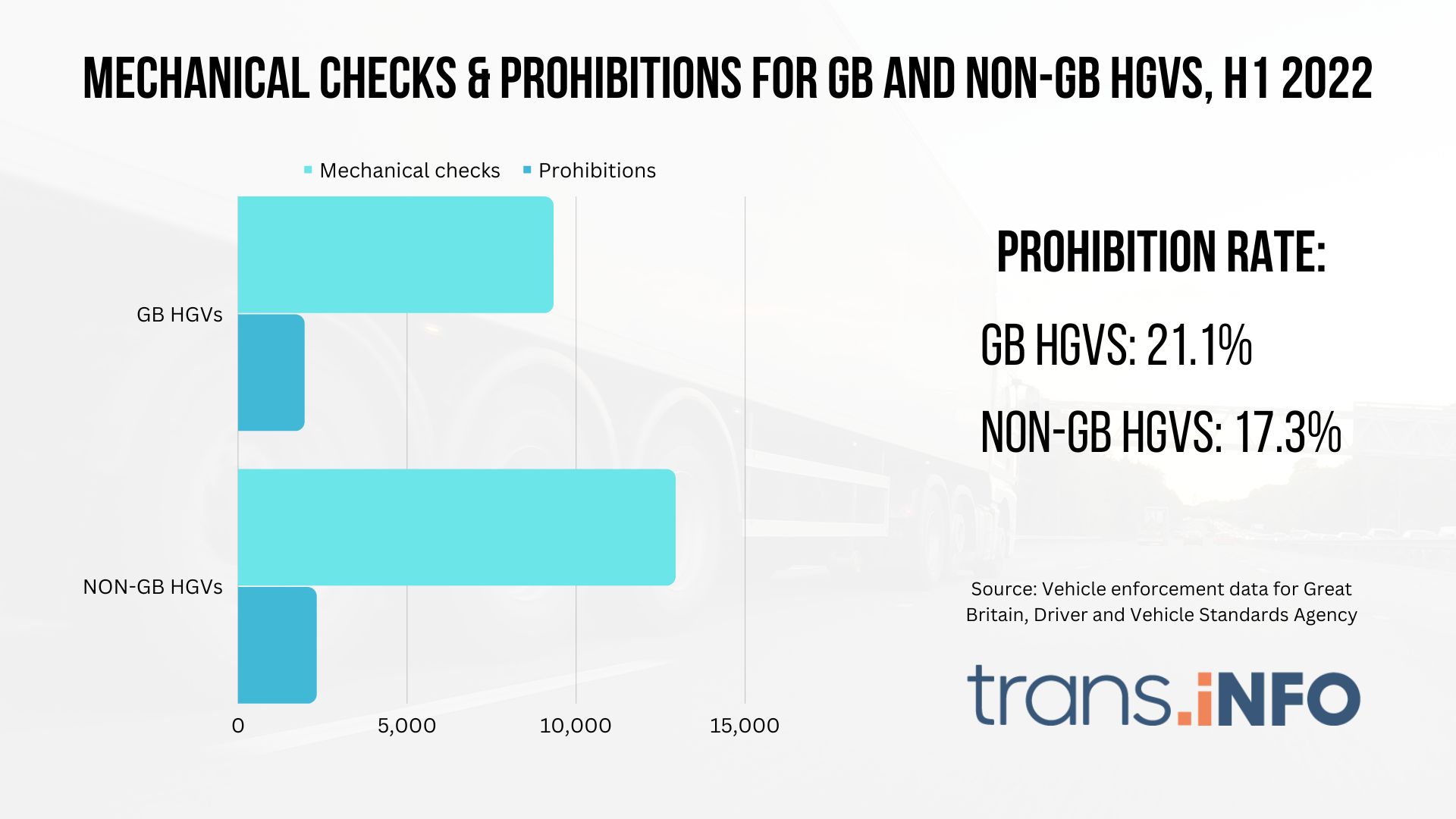 Here, the prohibition rates for GB and non-GB HGVs do not vary much. Drivers of non-GB HGVs break the driving time rules on average 0.4% more than those driving GB registered HGVs.

In term of traffic checks, HGVs from outside Great Britain were checked twice as much as those from Britain (19,972 compared to 8,976). 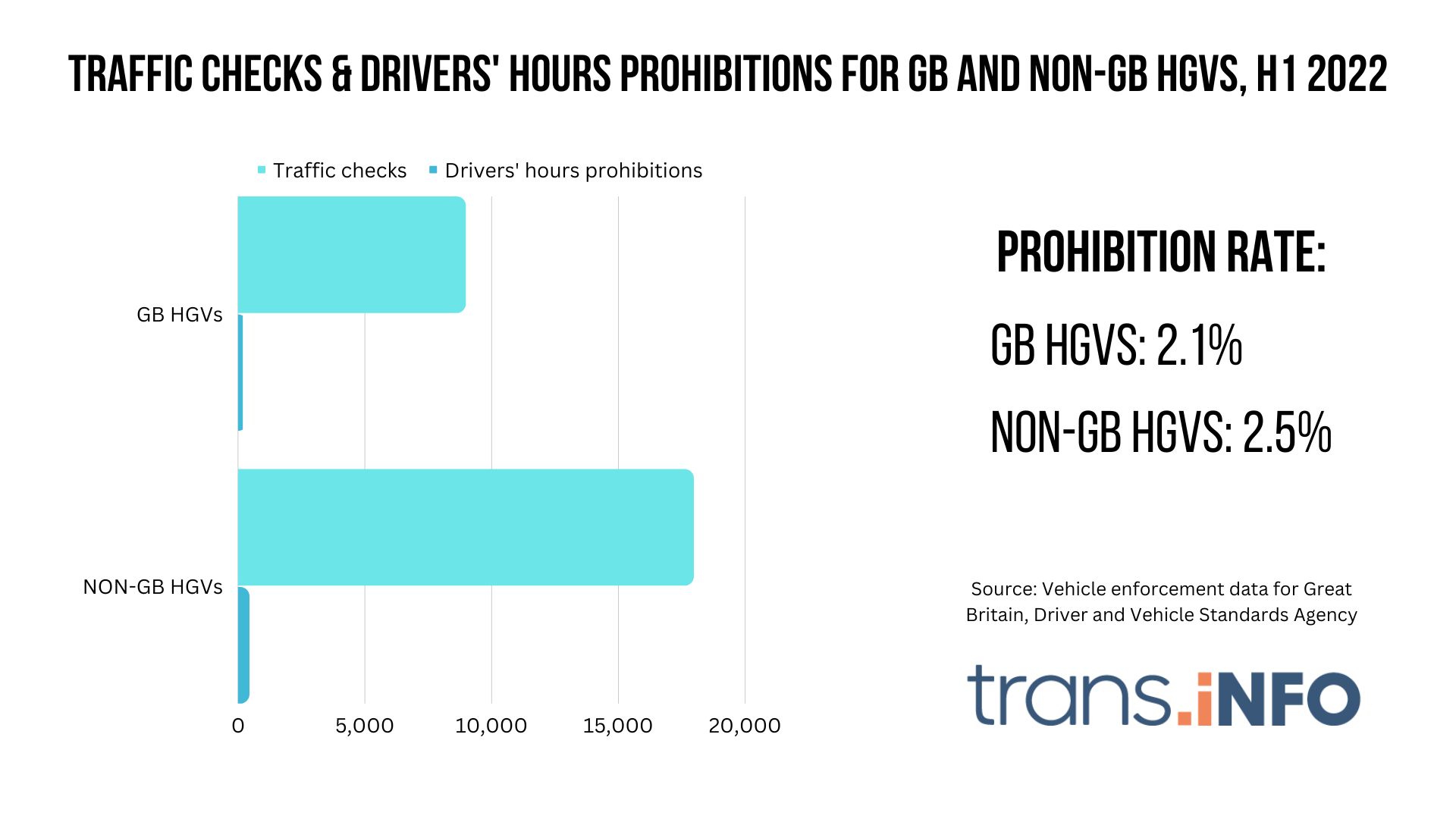 Another category covered in the dataset concerns overloads.

The figures show that on average, in the first 6 months of 2022, HGVs from outside Great Britain had an overload prohibition rate almost 4% higher than British registered HGVs. 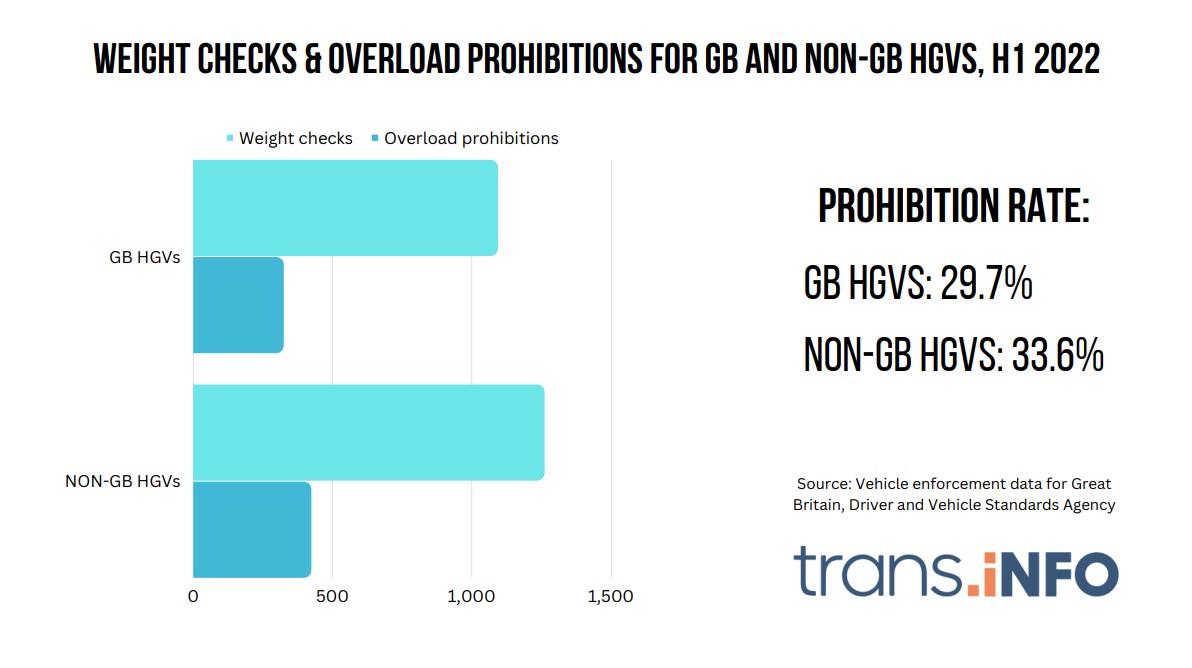 The figures that differed the most, however, were the number of fixed penalties issued and the total value of those penalties.

According to the DVSA data, HGVs from outwith Great Britain received over 18 times more fixed penalties than British registered HGVs. 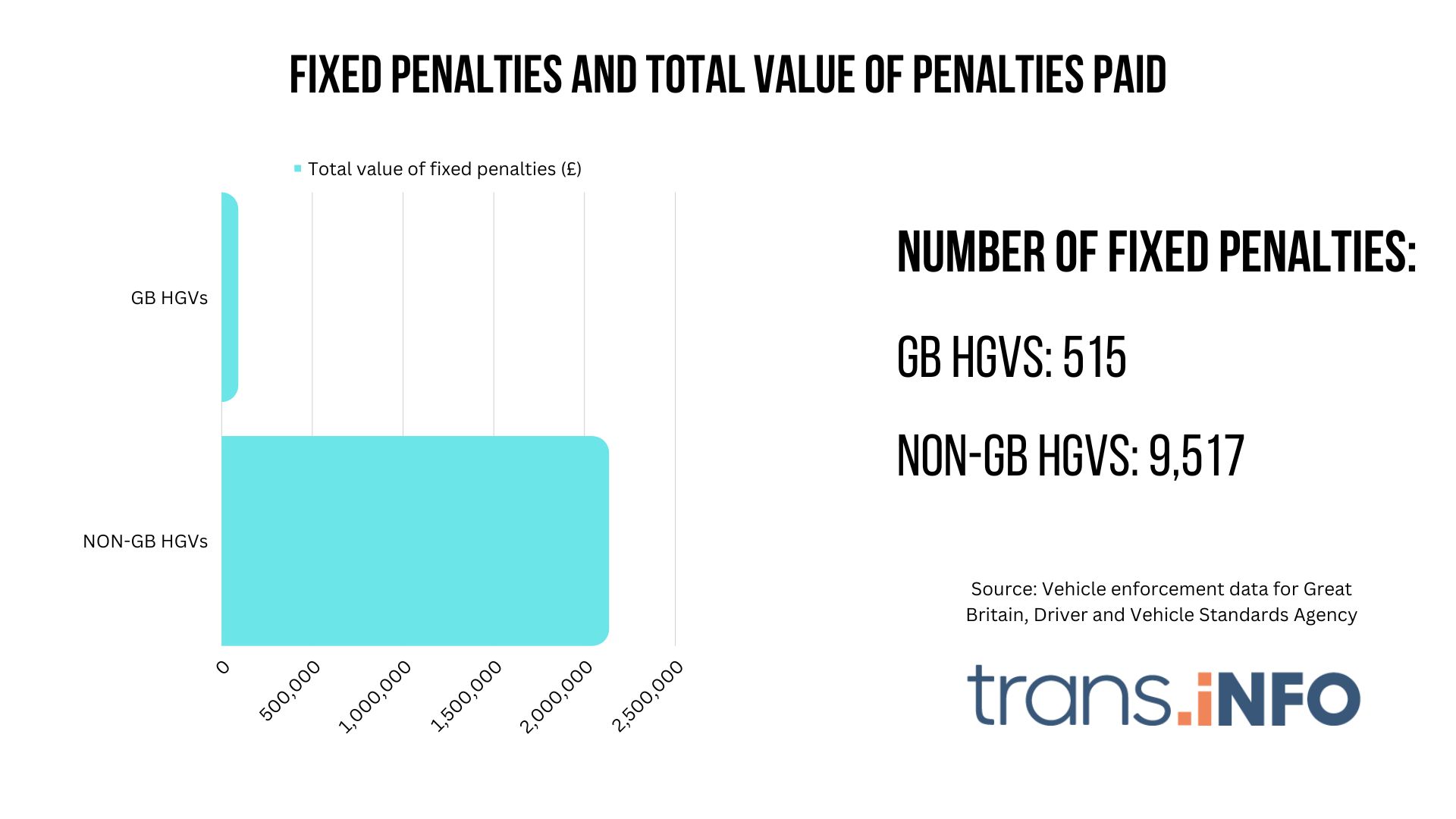 Readers may be wondering why non-GB HGVs are checked more often, and end up paying significantly more in fines.

When we observed this pattern in the DVSA figures published in spring, we reached out to the Driver and Vehicle Standards Agency themselves for comment.

With regards to the why there are more mechanical checks for non-GB HGVs, the DVSA said:

“DVSA’s examiners can complete operator visits and desk-based assessments on GB vehicles that are part of the operator licence scheme, so there are many ways to check compliance. We can’t do this with vehicles / operators from other countries, so it is essential that DVSA carry out more roadside checks on non-GB vehicles and drivers to ensure safety on our roads.”

As for the disparity in fixed penalties, the DVSA told Trans.INFO:

“The enforcement quarterly data we have published does not account for other financial penalties that can be issued to GB operators following prosecution action. This could be for the most serious multiple offences at roadside or following subsequent site visits and investigations. We can also report GB operators to the Traffic Commissioners for their consideration of action.”

In addition to this, the DVSA added:

“We do not have the same regulatory options to take non-GB operators to court, so all fines are completed at the roadside.”