Two of Europe's largest haulage companies, Hungary's Waberer's International and Lithuania's Girteka Logistics, have weighed in on Britain's supply chain crisis and driver shortage. Waberer's commercial director has told Trans.INFO that a relaxation in cabotage rules is not “a solution for any parties" as it will just reduce the capacity available to clients in mainland Europe. On the other hand, Jens Sode, Chief Operating Officer Scandinavia at Girteka Logistics, has taken to LinkedIn to stress that the company sees the UK as “an integral part" of its “overall European network and future growth". 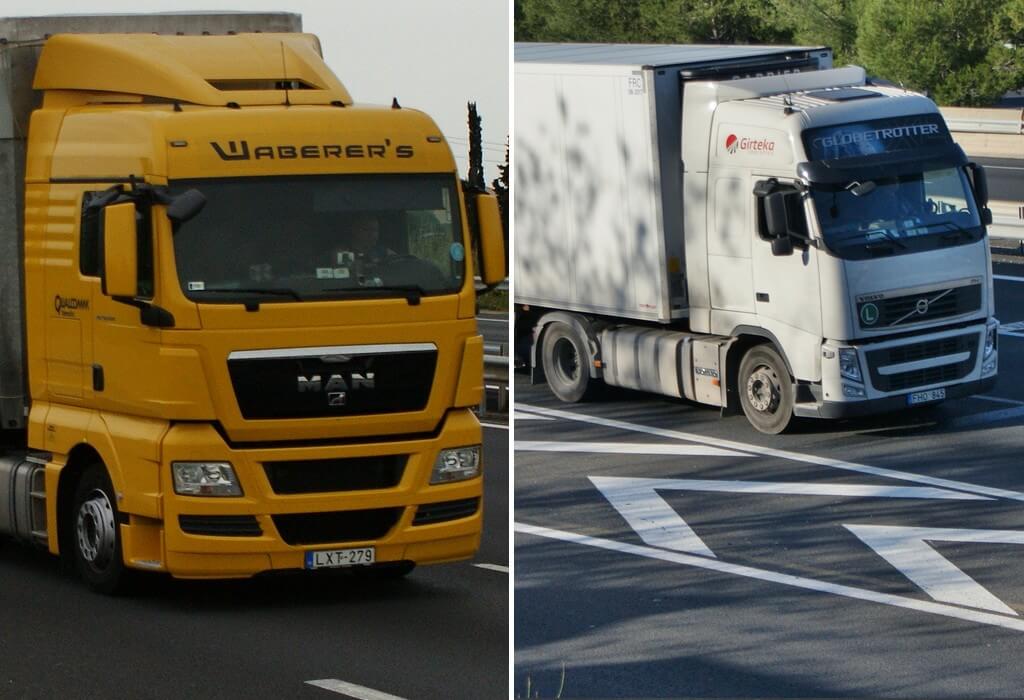 Following the recent fuel supply crisis in the UK, driver shortages and supply chain issues have gained fresh attention in the country.

While many European drivers have said they are unlikely to use Britain’s new visa scheme, Dutch and Polish road transport organisations have suggested that if cabotage regulations were to be relaxed, they could take on more domestic routes in the country.

Under the current rules, the UK-EU trade deal allows EU hauliers to perform two extra cabotage operations after delivering a load into Britain. This compares to the three operations that are permitted within EU member states (although ‘cooling-off periods’ limit the number of times this can be done).

Change in cabotage (& „combined transport”) not often noted. It’s significant for retail as widely used between distribution hubs. My estimate, legal cabotage has halved. For years @transportgovuk played down cabotage in UK when highlighted by @RHANews @grantshapps @RHARichardB https://t.co/965jdokjfD

Last month, Michael Clover of Transport Intelligence also told Trans.INFO that as 4-5% of total volume is transported by cabotage, any loss of this capacity can make a significant difference:

“If we look at the figures, around 4-5% of total volume is being moved by cabotage. So that’s part of it, that makes a big difference to the capacity of the market. Also, I think we found that between 15,000 and 25,000 drivers or so have left the UK as EU nationals have returned to their home market. That extra capacity has gone out of the market in the UK as well. So there’s that disruption which has really hurt the UK situation too. Obviously, that’s not something which is a problem in the EU itself now.”

This is why Dutch road transport companies have called on the UK Government to save its supply chain crisis by relaxing rules on cabotage, and why Poland’s Transport and Logistics organisation has told Trans.INFO that going back to the previous cabotage arrangement, which allowed for 3 trips, is the “only solution” for the level of the supply chain problem Britain is experiencing.

However, one of Europe’s largest road transport firms does not appear to be that keen on the idea. Roland Hegyesi, commercial director at Hungarian haulage and logistics company Waberer’s International, says any changes to the rules would just reduce capacity on the European continent:

“Currently, driver shortage is peaking in England, but the whole of Europe is struggling with the problem. Therefore, if we allocated our resources and used our existing fleet to serve England, it would cause similar symptoms in other markets as the crisis now in Britain,” – Hegyesi told Trans.INFO.

According to Waberer’s commercial director, there is a shortage of transportation capacity in the UK market at the moment. Indeed, Hegyesi adds that a reduction in the amount of transport required from Britain’s automotive sector “is the only reason that capacity has not yet collapsed despite the increased demands.”

“If Waberer’s or any other carrier starts to tie up its capacity with UK domestic transportations, it will not be able to serve its customers in other markets, so this is not a solution for any parties. Moreover, I think the crisis in England is unmanageable in the short term and will continue to deteriorate during the peak season as demand rises,” says Hegyesi.

Today, Hegyesi says the problem is “only” a lack of drivers to serve the British market. Nevertheless, as the end of the year approaches, capacity shortages will also be reflected in international transport as a result of growing demand:

“Now, the goods are at least reaching the distribution centres and warehouses; it is the last-mile delivery where problems are being encountered. In a few weeks, however, the international “legs” of supply chains will also be limping. Continuous delays, shortages of stock or even an overload of warehouses are to be expected. Supply chains based on low inventory levels and fast response times will be broken to such an extent that they will harm both traders and manufacturers. ”

In an article published on LinkedIn last week, Jens Sode, Chief Operating Officer Scandinavia at Girteka Logistics, stressed that the company was dedicated to the UK market:

“We want to assure that Girteka Logistics remains 100% committed to servicing our UK customers, and we see the UK as an integral part of our overall European network and future growth. We will continue to step up to the challenges in the UK marketplace.”

In the same article, Mr Sode predicted that the current supply chain difficulties would go way beyond Christmas, as the current driver shortage is affecting operators all across Europe.

Mr Sode’s article did not touch on the issue of cabotage as a means of solving Britain’s supply crisis. Instead, he chose to highlight the need for better facilities:

“The main challenge and goal needs to be to improve driver facilities and working conditions, as driver salaries are not the only factor influencing people’s decisions to either join or to leave the industry”

Finally, Mr Sode adds that Girteka is looking to employ over 7,000 new drivers in the EU throughout 2021  to continue growing and also compensate for the natural turnover of employees.