Due to the restrictions in the UK's “oven ready" trade deal with the EU, the UK is considering allowing events hauliers from Great Britain to switch their vehicles between UK and EU licences. This would allow British hauliers who specialise in events, including concert tours, to get around the Brexit cabotage limitations - provided they set up an entity in the EU itself. The Department for Transport says the deal is a means of dealing with the UK's failure to negotiate special conditions for British concert hauliers operating in the EU. 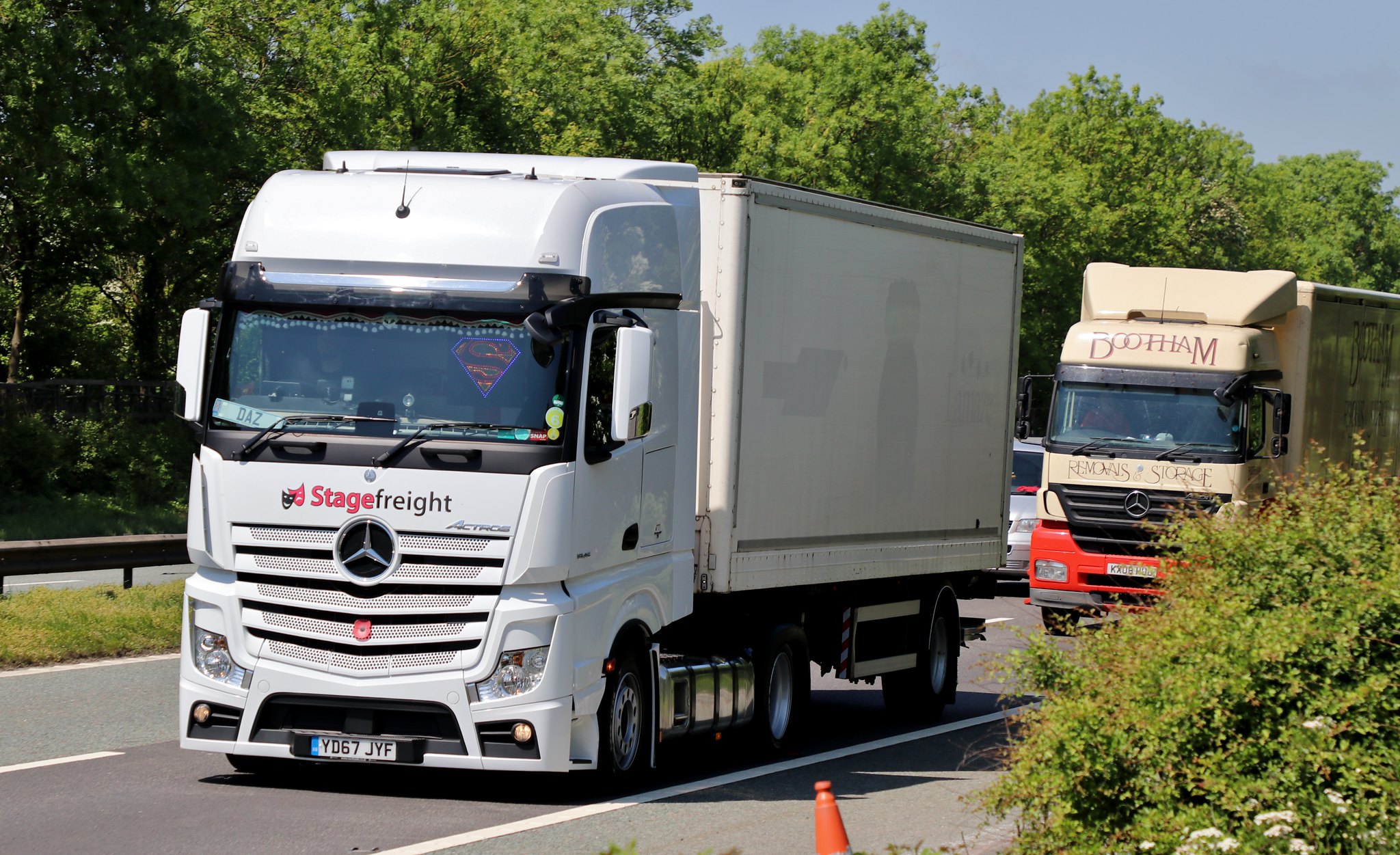 The plan is the subject of a Department for Transport (DfT) consultation document that was published earlier this month.

The first paragraph of the document clearly reveals that the ability to switch licenses is being considered due to the restrictions in the post-Brexit trade deal with the EU:

“This consultation sets out proposals for a possible unilateral measure to help hauliers who transport equipment for cultural events (“specialist hauliers”) to adapt to the new market access rules for hauliers under the UK-EU Trade and Cooperation Agreement (TCA). As part of this Agreement, all UK hauliers transporting goods for a “commercial purpose” can carry out two movements within the EU – cabotage or cross-trade – following a journey from the UK, with a maximum of one cabotage movement. Although the market access arrangements allow the vast majority of UK haulage journeys to and from the EU to continue as they did before the end of the transition period, the specialist haulage sector will have to adapt to the new ways of working, given their previous reliance on internal EU movements.”

“The core of this proposal enables specialist events haulage companies who have established bases both in Great Britain (GB) and another location to temporarily transfer their vehicles between their respective operator licences. This will enable them to undertake journeys in the UK on the basis of their GB operator licence and do the same in the other location on the basis of their other operator licence, without needing to change vehicles or having journeys limited by international market access rules.”

The proposal applies to Great Britain only, as operator licensing is a devolved matter in Northern Ireland.

Following Brexit, UK hauliers can undertake up to two laden journeys within the EU following a laden journey from the UK (either cabotage or cross-trade), with a maximum of one cabotage movement (outside Ireland). Meanwhile, as the aforementioned document explains, Northern Irish-registered operators can undertake two cabotage movements in Ireland following a journey from Northern Ireland, provided that they are performed within a 7-day period.

EU hauliers working for an EU operator holding an EU Community licence can nonetheless undertake up to two cabotage movements in the UK within a seven-day period. Of course, at this moment in time and until the end of April, a temporary cabotage relaxation is in force, so EU hauliers can actually do unlimited cabotage in the UK for as long as two weeks.

This effectively means that EU hauliers have more access to the UK market than British hauliers in the EU market – an imbalance that is currently even more significant due to the cabotage relaxation.

The post-Brexit trade deal, in the opinion of the Department for Transport, “allows most journeys to operate as they did before the end of the transition period”. However, the DfT also admits that concert hauliers don’t have as much EU market access as before, as the UK Government failed to negotiate special arrangements for the sector:

“many specialist hauliers who carry equipment for cultural events are not able to continue operating as before due to their reliance on cabotage movements. During negotiations on the TCA, the UK did request special arrangements for this sector, but the EU did not agree to this,” says the document.

The DfR explains that the measure “would be limited to a certain sector of hauliers who transport equipment for cultural events because the EU did not agree to special arrangements for these specific hauliers during our negotiations on the TCA.”

To be precise, the plan would cover the following goods transports:

Naturally, in order for British concert and events hauliers, to take advantage of this, they would need to set up and invest in a business registration and base in the EU. This not only entails extra costs for British businesses, but also means virtually all the tax generated from the British but EU-registered trucks would stay in the EU.

As the consultation document states, British hauliers who want an EU licence would have to “set up an establishment situated in a Member State with premises in which it keeps its core business documents, in particular its accounting documents, personnel management documents, documents containing data relating to driving time and rest and any other document to which the competent authority must have access in order to verify compliance with Regulation (EC) 1071/2009.”

Another key requirement is for the EU-registered company to have “regular disposal vehicles” and “drivers normally based at the operational centre in the Member State (in proportion to transport undertaken)”. As a result, any British concert haulier who wants to be able to switch vehicles between licences will also need to employ drivers in the EU.

If that wasn’t complex enough, the consultation document highlights another issue:

Hauliers could bet round this issue by having different drivers work exclusively in the UK and the EU, exchanging trailers using a roll-on, roll-off ferry service. However, unlike when the UK was a member of the EU, drivers won’t be able to work freely between companies based in Britain and mainland Europe.

The movement of the trucks is also limited to an extent. According to the DfT’s plans, dual-registered vehicles can only be used in GB for up to six months in any twelve-month period, due to the rules on importing vehicles. This can be a single visit or several shorter visits over twelve months. In order to avoid crossing this threshold, operators would need to remove the vehicle from their GB operator licence.