Ever Forward container ship refloated after a month stuck aground

Evergreen's Ever Forward container ship has been successfully refloated off the US east coast after being stuck aground for over a month. 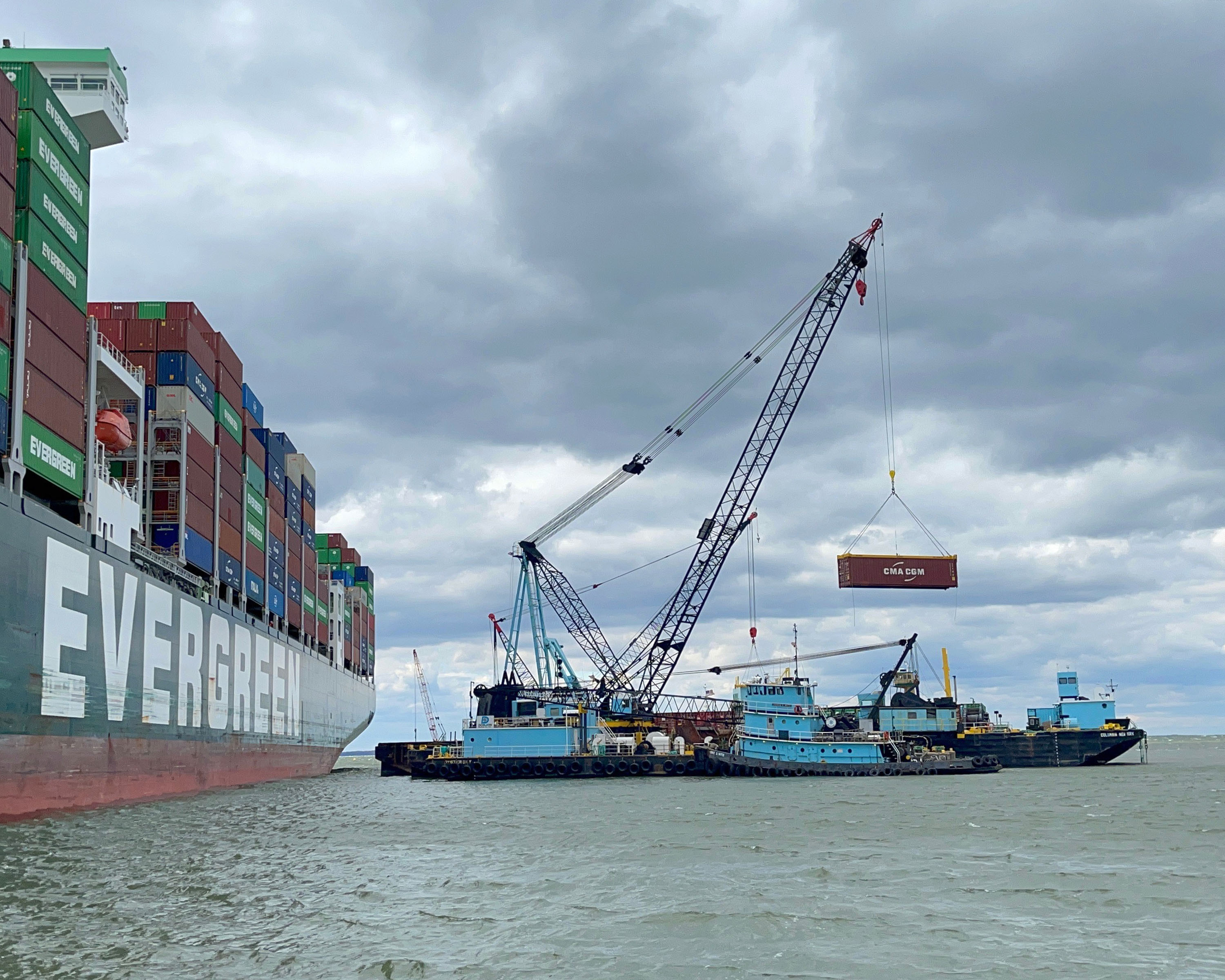 Photo: USCG Mid-Atlantic
In order to free the vessel, hundreds of containers had to be removed, while a dredge 43 feet deep was also dug. In addition, 2 pulling barges and 6 tugboats were involved in the rescue operation, which managed to refloat the container ship on Sunday at 07.00 local time. The vessel was stuck for 35 days in total.

According to the US Coast Guard, the vessel will now be towed to the Annapolis Anchorage Grounds for inspection.

“The vastness and complexity of this response were historic, as an incident like the Ever Forward grounding, in type and duration, is a rare occurrence. It was the collaboration of each responding agency, Evergreen Marine Corporation, and dedicated responders that resulted in the successful refloating of Ever Forward while ensuring the safety of the public and response personnel, mitigating pollution potential, and minimizing economic impacts.”

Readers may recall that the Ever Forward ran aground at Chesapeake Bay following its departure from the Port of Baltimore Seagirt Terminal in mid-March. The 334-meter (1,096-foot) vessel was en route to Norfolk, Virginia, when it got stuck in the Chesapeake Bay.

According to the nautical charts seen by the Baltimore Sun, the Ever Forward needs about 43 feet of water to sail. However, the water depths were the ship ran aground can be anything from 25 feet to shoals of 17 feet.