Everything a carrier needs to know about new tachographs. Lack thereof may result in a fine of up to  £5000 and loss of license. 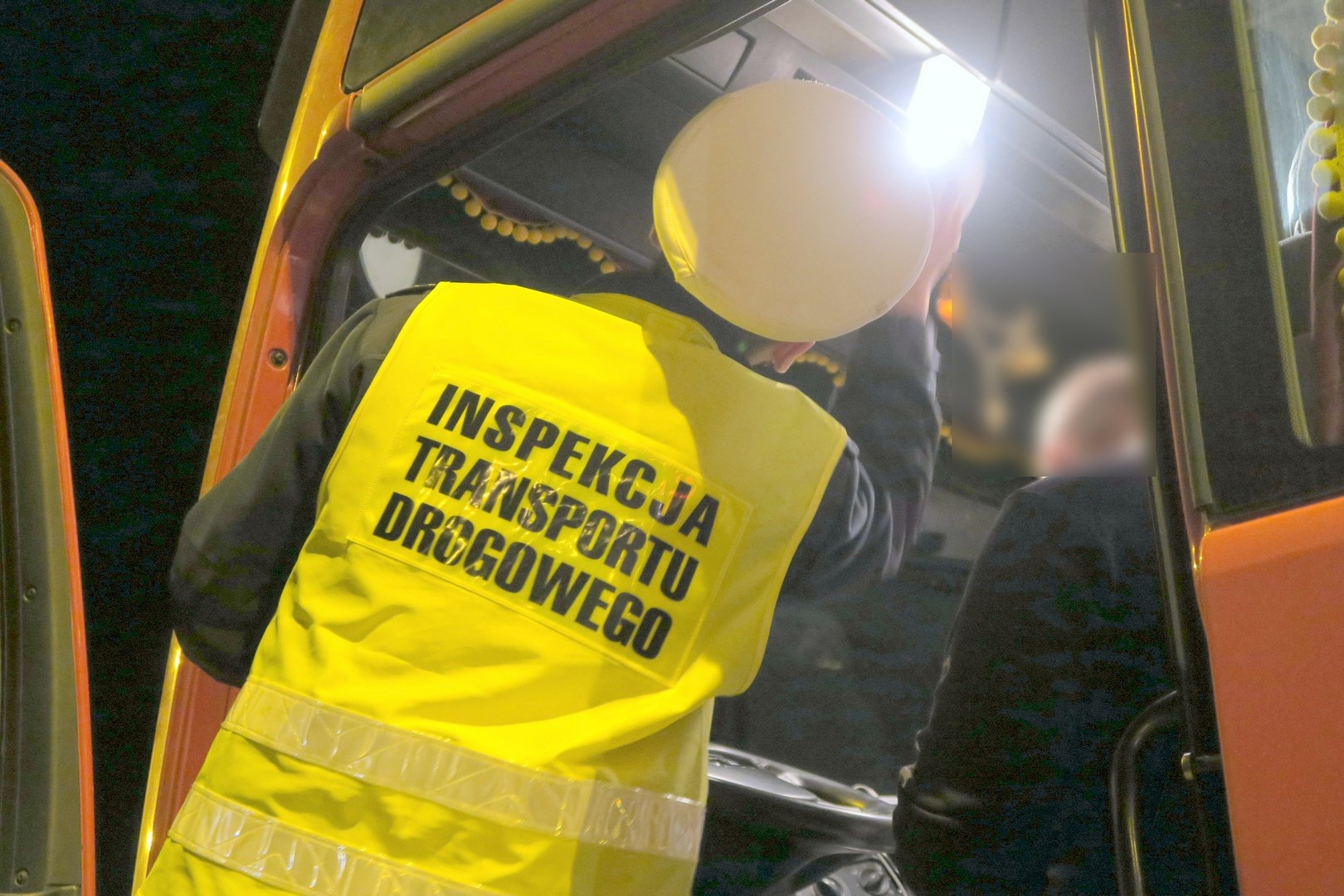 As of 15 June, all new trucks travelling within the EU will have to be equipped with new smart tachographs. For businesses, this means an almost doubling of certain costs and some new obligations. We asked experts on how to prepare for this.

Initially, smart tachographs will only apply to new trucks, i.e. those registered after 15 June. It may concern more than 2,000 vehicles each month. For example, 2613 new trucks over 3.5 tonnes were registered during June 2018.

By 2025, this obligation will apply to all truck owners.

The requirements are not to be underestimated.

Failure to equip the vehicle with a mandatory tachograph is the most serious of the violations, which may result in the loss of the license to perform transport operations by the company, as well as the loss of authorisation by the manager,” warns Mateusz Włoch, an expert of the Inelo brand, the manufacturer of systems to account for the working time of drivers.

In addition to this penalty, inspectors may also impose sanctions during checks for other infringements linked to the lack of a tachograph – e.g. non-recording of activity on the driver card,” adds the expert.

This is why it is so important for carriers to ensure that the new trucks they buy after that date have the necessary equipment. Not everyone might be pleased with that.

Many carriers do not criticise the tachographs themselves, because we are all aware that there is a great deal of manipulation of working time, and in many cases, the switches are installed by the drivers themselves, without the knowledge of the employers. “The problem is that the law on transport is constantly changing, new equipment is constantly being introduced, and each change means costs,” notes Karolina Ciastko, Business Centre Club advisor from the law firm of Legal Advisers Dudkiewicz Ciastko Cichocka s.c.

These are costs that must be borne not by someone else but by the carrier, out of their own pocket, because the state does not subsidise them,” adds Ciastko.

What costs are we talking about? Experts estimate that it’s around 150-200 euros. The tachographs will be more expensive due to additional elements, such as DSRC antenna. How much these costs will affect businesses depends primarily on whether they have to buy the device themselves for a new vehicle.

Fortunately, the required recorders are usually already installed at the factory, which means that, yes, the carrier will have to spend around 100 euros more than before, but in the case of a vehicle equipped at the factory, such a cost will be only a fraction of the total amount,” observes Włoch.

As you can see, perspective matters.

A twofold increase in prices

But buying a smart tachograph is not all it takes. You have to remember about the additional costs associated with the device.

Its certificate will be valid for 15 years. “This means that the carrier will have to replace the digital reader after this time, reseal and service it. Of course, they have to pay for this themselves,” says Karolina Ciastko.

In addition, there is the issue of the calibration of the tachograph, which must be carried out every two years at most. In this case, experts estimate that the prices will even double to 110-130 euros.

It is connected with the need for the service to check new elements with which the smart tachographs are equipped, mainly GNSS (system for recording the position of the vehicle – editorial note) and DSRC (technology enabling remote detection of manipulation in the device and its misuse – editorial note), and for the workshop to purchase specialist equipment to perform calibrations,” explains the Inelo representative.

At the same time, he reassures that carriers do not have to fear a similar increase in prices in connection with the new smart tachograph cards.

Neither business operators nor drivers need to replace them. The cards will be exchanged as before, i.e. only when the card expires. The prices of issuing new cards are not changing at the moment and are limited by law – it is a maximum of 50 euros per driver card and a maximum of 70 euros in the case of other types of cards,” he adds.

How to avoid unnecessary stress and confusion

However, there may be additional costs associated with the collection and analysis of data collected by tachographs.

If you purchase a vehicle with an integrated smart tachograph, you will need to replace or update the data acquisition device. However, carriers have a bit more time for this, as tachograph data must be read within 90 days. The situation is similar to the software for data analysis from recorders or cards of the second generation. I suggest that you check with your distributor right now whether the tools you use will be adapted to analyze data from the latest versions of tachographs and cards to avoid unnecessary stress and confusion,” advises Mateusz Włoch.

This will be a key issue for the carriers themselves, or for the companies that deal with the accounting of drivers’ working time for them.

Many businesses cooperate with large partners, to whom they pass on the responsibilities associated with it. Mainly because of the large number of regulations and changes, which are constantly being introduced. All these companies have programs adapted to the existing tachographs. Therefore, they will have to introduce appropriate changes to be able to work with new, smart devices,” explains Karolina Ciastko.

It is therefore worthwhile for the carrier to make sure that the contractor is aware of this and that the additional costs that may arise will not be passed on to him.

But the costs are not everything. There are other complications associated with the new tachographs. A few months ago, the media warned that in the first few weeks of the introduction of new tachographs, for example, calibration problems could arise for specialists, as there might be an insufficient number of workshop cards. Unlike driver or company cards, these will have to be replaced.

An insufficient number of new workshop cards was supposed to be a result of Brexit – it turned out that one of the three laboratories certifying these cards (located in the UK) stopped its activity. Information about it was released in March.

At present, however, experts are reassuring that the cards in Poland should reach the workshops on time. As far as we know, the first 500 pieces have already been released.

But forewarned is forearmed.

If the business owner knows that a smart tachograph will be installed in the new vehicle, it is worth calling the workshop and asking if they will be prepared to work with this device,” advises Włoch.

Has smart tachograph broken down outside the EU? That’s a problem.

This is what the situation will be in the European Union, where smart tachographs will be required. It gets more complicated outside the EU. As the old workshop cards do not fit in with the new equipment, carriers may have problems repairing or calibrating the tachograph when it has to be carried out outside the EU.

This is one of the unresolved issues for the time being, as was the case with the transition from analogue to digital tachographs in 2006. Then, in the countries to which the AETR agreement applies (i.e. countries outside the EU – editorial note) digital tachographs became mandatory only 4 years later,” recalls Mateusz Włoch. “Therefore, it is worth remembering that in accordance with the regulations, the transport can be continued up to 7 days after the fault is detected.”

It is also worthwhile for carriers to instruct drivers about their obligations if the tachograph breaks down.

It will certainly be the duty of the operator and driver to repair it immediately, but in special circumstances the existing legislation allows the driver to manually complete/print/take notes in order to document working time. This is absolutely necessary if we do not want to violate the regulations, among others, about the working time of drivers,” reminds Karolina Ciastko.

There are some benefits

Challenges and costs are one thing, the other is benefits. And it’s not just legislators who talk about them. Experts point out that smart tachographs, as the name suggests, can make the work of transport operators much easier.

There is a new interface in tachograph for smart transport systems and optional equipment of tachographs in Bluetooth so that the device will be able to share on an ongoing basis much more information than at present,” says Mateusz Włoch.

“Advanced solutions, such as GBOX ASSIST, are already being used on the market, which shows the driver and the forwarder the available working time in real time when connected to the tachograph. As the number of vehicles with smart tachographs increases, we can expect an increasing number of applications for phones and tablets,” he adds.

Carriers, get ready for more.

All in all, we have to remember that smart tachographs were developed to improve control over the working time of drivers. So far, only truck drivers. But this is just the beginning.

Further proposals have already been made not only to introduce a newer, more advanced version of the smart tachograph (link to the article) but also to extend the list of vehicles in which these devices would be mandatory.

The Mobility Package, which has not yet been finally approved, mentions the mandatory introduction of second-generation smart tachographs in all vehicles used for international transport,” adds Włoch.