The driver profession is unpredictable and at the same time closely connected with working to deadlines. In addition, it requires observing strict laws and regulations. For these reasons, drivers try different tricks – more or less successfully – to make their rigorous working hours more flexible.

It seems that the one minute rule is very helpful in this aspect. It results from technical requirements of tachographs produced after 1 October 2011 which are compliant with the European Commission Regulation No. 1266/2009, and especially with:

– Requirement 041. Given a calendar minute, if driving is registered as the activity of both the immediately preceding and immediately succeeding minute, the whole minute shall be regarded as driving.

– Requirement 042. Given a calendar minute that is not regarded as driving according to the previous requirement 041, the whole minute shall be regarded to be of the same type of activity as the longest continuous activity within the minute (or the latest of equally long activities).

It means that a tachograph saves the status of a given minute which prevails. So if within one minute, 29 seconds are assigned to driving and 31 to rest, the whole minute will be regarded as rest.

It applies only to short-haul transport operators. In the case of frequent stopping, the one minute rule may significantly shorten the driving time. Sometimes, it makes it possible to get an extra half an hour.

However, using this rule during a mandatory break is a completely different story. During a break, a driver is supposed to rest and generally cannot drive even for 1 second. Even if a printout from a tachograph sheet does not show driving during a break, availability will be recorded by tachograph in the second slot along with the speed reached while driving up, which means that driving will be reported anyway.

During an inspection, an inspector may control a tachograph and any records of the movement of the vehicle during the break will be regarded as a fraud and penalized with severe fines. It is hard to deny that restrictive compliance with the regulations on the road is often made very difficult.

So what if there is no free space on a car park and a driver stops somewhere nearby and starts his break waiting for a place to park, and when such a place is available he wants to drive up there?

Well, the answer is: generally, according to the regulations, he cannot do this. The one minute rule is not applicable here.

What can you get a fine for?

Some drivers would say that in this case Article 12 of EC Regulation 561/2006 is applicable, which reads:

Provided that road safety is not thereby jeopardized and to enable the vehicle to reach a suitable stopping place, the driver may depart from Articles 6 to 9 to the extent necessary to ensure the safety of persons, of the vehicle or its load. The driver shall indicate the reason for such departure manually on the record sheet of the recording equipment or on a printout from the recording equipment or in the duty roster, at the latest on arrival at the suitable stopping place”.

However, one should remember that in order to refer to this provision the following premises should occur:

1) road safety is not jeopardized – it is not permissible to extend working time by e.g. 4 hours or driving for the whole duration of a break,

2) to the extent necessary to ensure the safety of persons, of the vehicle or its load – circumstances have to clearly put the above goods at risk and result from unpredictable events. For instance, moving the vehicle upon the request of authorities, giving up your place for an emergency vehicle, unexpected danger (fire).

Thus, if a driver is in the above situation and reports the necessity to change place for a suitable one as a justification of Article 12, such justification will not be sufficient. The inspecting officer will find a driver negligent while choosing a parking spot. We should remember that every time we refer to Article 12 our justification must be concrete and exhaustive, and on top of that, meet the above requirements.

Avoid starting your break in a traffic jam and during unloading

Drivers often start their breaks during loading, unloading or in a traffic jam. In such situations, you can expect the need to drive up, so it is recommended not to take breaks in these circumstances because during the inspection you will not be able to avoid a fine for this type of breach.

Summing up, inspecting authorities in the whole European Union are aware that the one minute rule may often be used to hide real working time, so they have a quite rigorous approach to inspections and accept only justified explanations which do not circumvent regulations. So the one minute rule during working time is definitely a legend that can cost us too much. 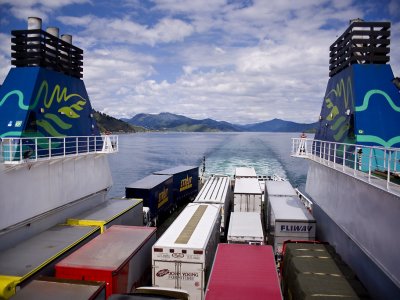 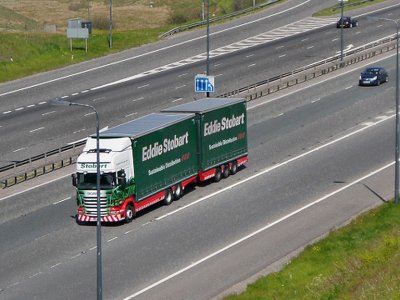