Transport companies will pay a lot more for the use of federal roads and highways in Germany – according to the latest estimates of the German Federal Transport and Logistics Association (BGL). The organization shows huge differences between current and future fees. In some cases, the costs will be twice as high as they are currently.

German transport and the entire economy will soon have to face additional financial burdens associated with the toll extension for trucks from July 1  on 40 thousand kilometers of federal roads. As Germany is one of the largest European transit countries, transport costs, and hence commodity prices, will also increase in other European countries.

BGL, one of the most important German transport organizations, analyzes the latest cost assessment, showing the impact of toll expansion on transport costs in 2018-2022. The study is the basis for the German government to calculate new rates, which will most likely be effective from January 1, 2019.

According to the expert opinion, the fee per kilometer traveled by a 40-ton Euro 6 class truck with more than 4 axles should not be 13.5 cents as it is now, but 17.4 cents. However, the EU allows the collection of so-called external costs, such as air pollution and noise. Until now, the latest trucks meeting the Euro 6 standard were exempt from the costs of air pollution. However, in Germany, all trucks will soon be charged for noise pollution under EU legislation. Thus, in total, all three cost components would increase tolls for 40-ton Euro 6 trucks with more than four axles from the current 13.5 to 18.7 cents per kilometer.

At such rates, an exemplary 300-kilometer route consisting of a 150-kilometer section on motorways and 100 km on federal roads will cost the carrier 46 euros instead of 20 euros as currently.

With an annual mileage of 120 thousand kilometers and 80 to 20 percent ratio of travel on motorways versus federal roads, toll costs will increase from the current 12,960 euros to  22,440 euros” – estimates BGL.

Uniform toll rates for all roads

Although the fees raise serious reservations of the German association, it does support the introduction of uniform rates on all motorways and federal roads. Differentiation in fees could lead to discriminating carriers from the periphery and the economy in general from rural regions.

BGL also appreciates the fact that the new calculation of infrastructure costs is based more on the real condition of roads. In addition, the union is pleased that the government has taken into account its request to calculate the amount of toll based on the axles pressure rather than the number of axles.

The costs for German carriers will go into billions

Currently, the share of toll in transport costs is up to 10 percent. As union representatives emphasize, the price for the toll extension will ultimately be paid by the consumer, as carriers will increase freight rates to compensate for higher costs.

Extension of tolls in Germany

Additional 2 billion euro annually from the toll extension are to be allocated to the maintenance and development of road infrastructure – ensures the Federal Ministry of Transport and Digital Infrastructure.

The list of federal roads on which toll will be collected from 1 July can be found on our website.

ECJ verdict on road tolls in... 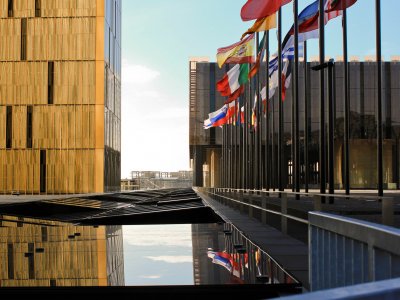