Hope that an agreement could be reached to prevent 1,900 Felixstowe Port staff beginning an 8-day-long strike this Sunday appears to have evaporated. Although the port will still be operational to some extent, and contingency plans are in place, a degree of disruption is inevitable. Shipping giant Maersk has already omitted three vessels that had been planned to dock at Felixstowe, while the RHA has advised traders and hauliers to communicate with one another to ensure there are no misunderstandings on whether containers have arrived or not. 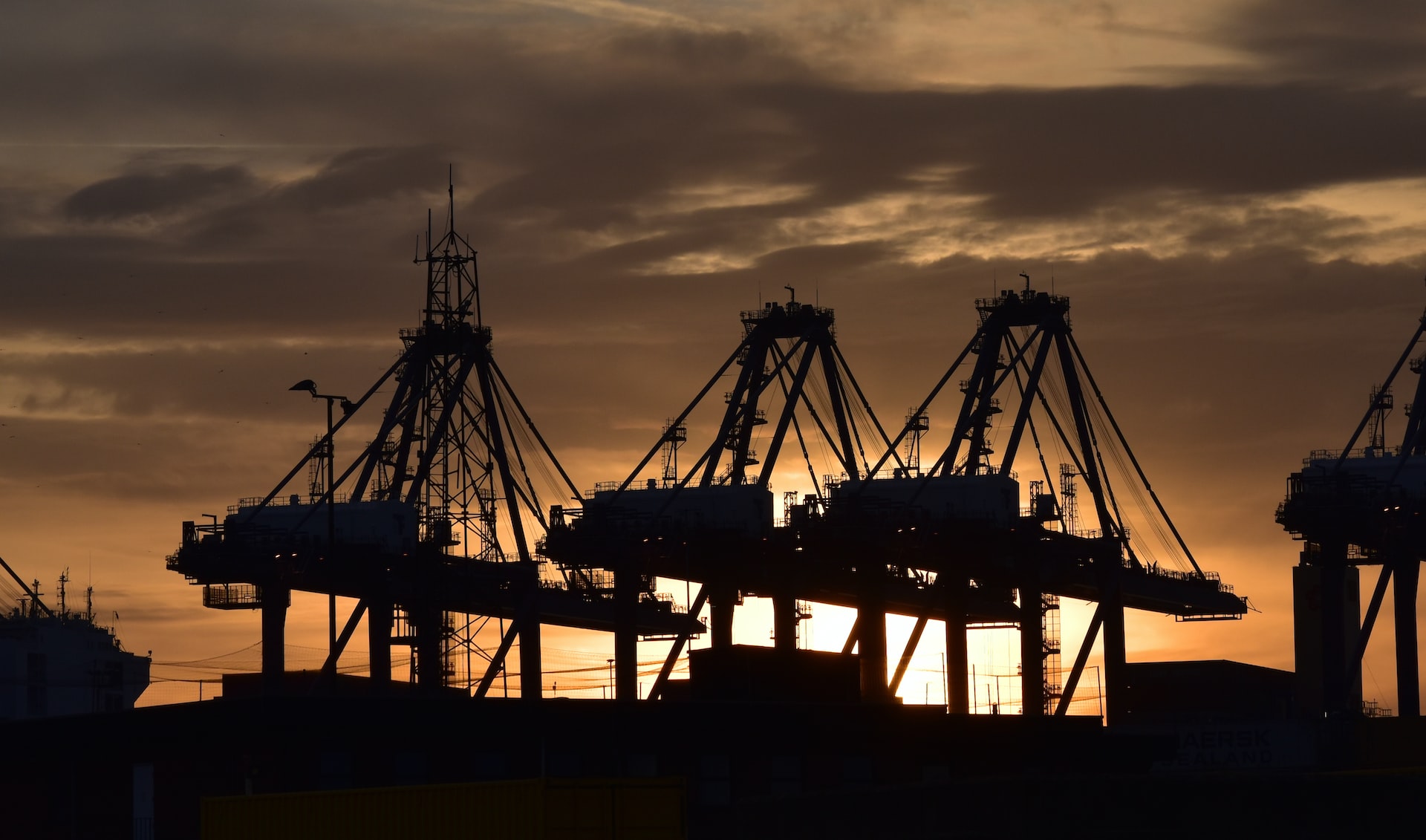 Photo by Matthew Cassidy on Unsplash

In an advisory update sent out by Maersk yesterday, the Danish shipping company said it understood no further talks between Hutchison Ports and Unite had occured. It thus seems highly likely that the strike will take place as planned:

“Since our last communication, we understand that talks between Hutchinson Ports and Unite the Union have not resumed. As such, the planned strike action from Sunday 21 August – Monday 29 August 2022 is still set to go ahead at this time.”

Maersk also confirmed that its AE6 MSC Sveva 227W, L02 Vilnia Maersk 234N and SLC Cosco Vietnam 229N services would not be docking at Felixstowe as planned. The first of those services will call at Felixstowe, but only after the strike has concluded, with the latter two stopping at London Gateway and Antwerp respectively. More details are available here.

The Port of Felixstowe has also issued an official statement on the strike, which reads as follows:

“Customers are advised that in the event of industrial action, the Port has in place a contingency plan designed to maximise our operational activity. The level of service we will be able to offer is subject to staff attendance on each shift. We apologise for any inconvenience potential Unite-led action will cause.”

In addition, the Road Haulage Association has provided its update on the situation.

“The port handles 40% (around 45k each week) of containers entering and leaving the UK. It’s therefore likely the strike will create delays to the supply chain of goods, including canned food, clothing and other consumer items,” said the RHA.

The RHA added that hauliers who are contracted to collect from Felixstowe will have to determine further action as necessary and seek guidance on conditions at the port.

“Traders will have to liaise with the hauliers to indicate if the freight has arrived or been diverted. It should be noted that even if containers have arrived there may be problems collection it,” reads the RHA’s advice.

“The strike is inconvenient – but not disastrous for the port or its supply chains. The port and its customers are working together to minimise disruption. There will likely be inconvenience and some delays, but the port will continue to operate and so will UK associated supply chains. We urge members to ensure they are prepared and will keep them informed of any relevant developments through our news and social media channels.”

Although disruption at the port is somewhat inevitable, the good news is that the 4-week average dwell time at Felixstowe is significantly lower that it was last December. 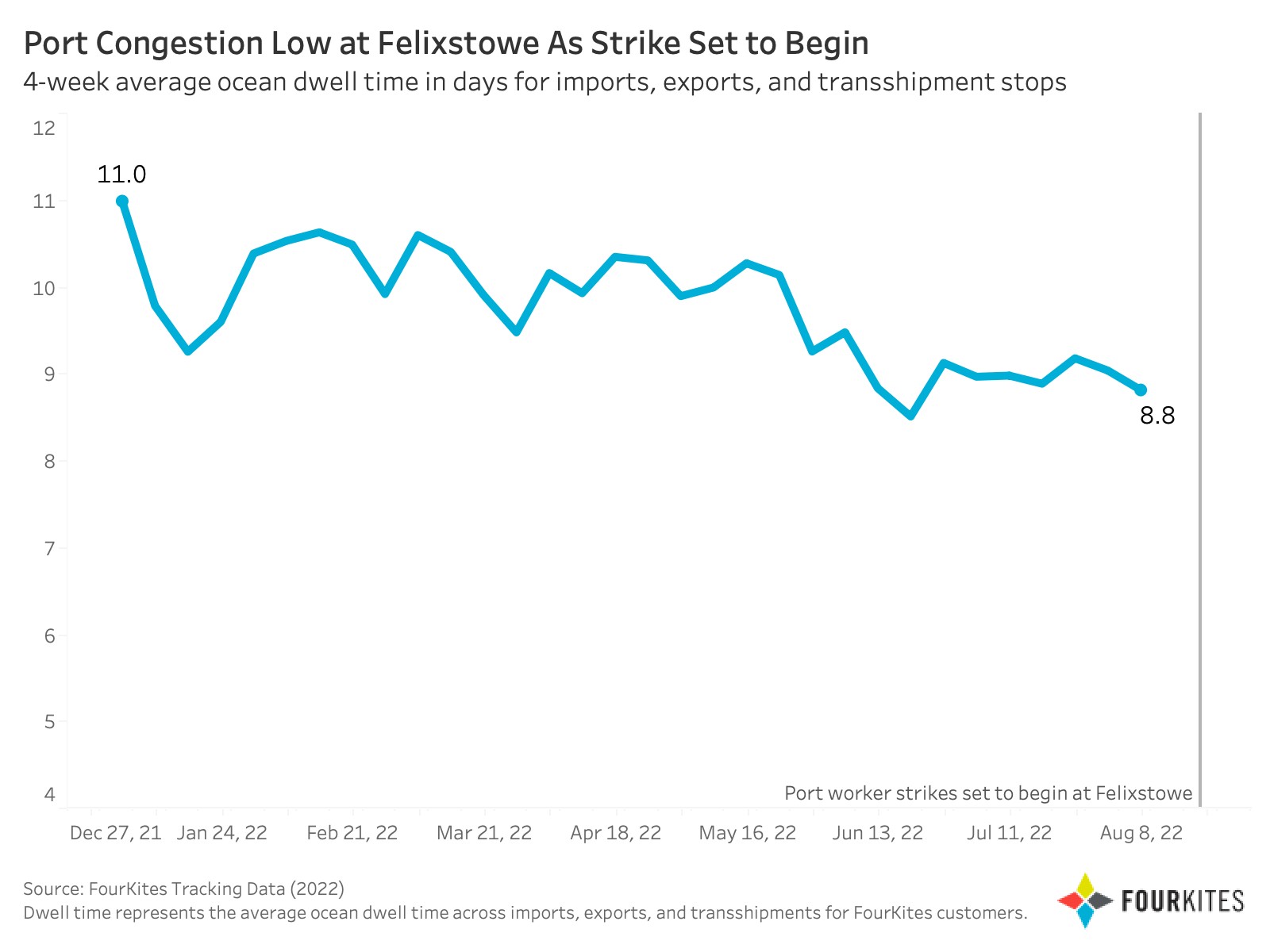 Analysis sent to Trans.INFO by supply chain visibility provider FourKites suggests that the average duration of ocean shipments could increase by 15%-20% at Felixstowe due to the strike – provided the impact is similar to strikes that took place at the ports of Melbourne, Sydney, Fremantle, and Montreal:

“FourKites expects port congestion to increase after the strike goes into effect this Sunday, as has been seen at other ports where workers strikes have occurred over the past few years. As FourKites has previously written, the average duration of ocean shipments increased by 15-50% at Melbourne, Sydney, Fremantle, and Montreal after workers strikes began. At these same ports, late shipments increased by 8-15%. Finally, FourKites saw the percentage of loads arriving within 2 days of the appointment time decrease from 33% to 21%, and the percentage of loads arriving >25 days after the appointment time increase from 11% to 22%.”

Photo by Matthew Cassidy on Unsplash