Analysis provided by FourKites shows that the Ports of Long Beach and Los Angeles went from a busy summer with increased interruption to an uncontrollable Autumn. The bullwhip of consumer activity from COVID brought consistent, increased volume to high-volume ports beginning in June. 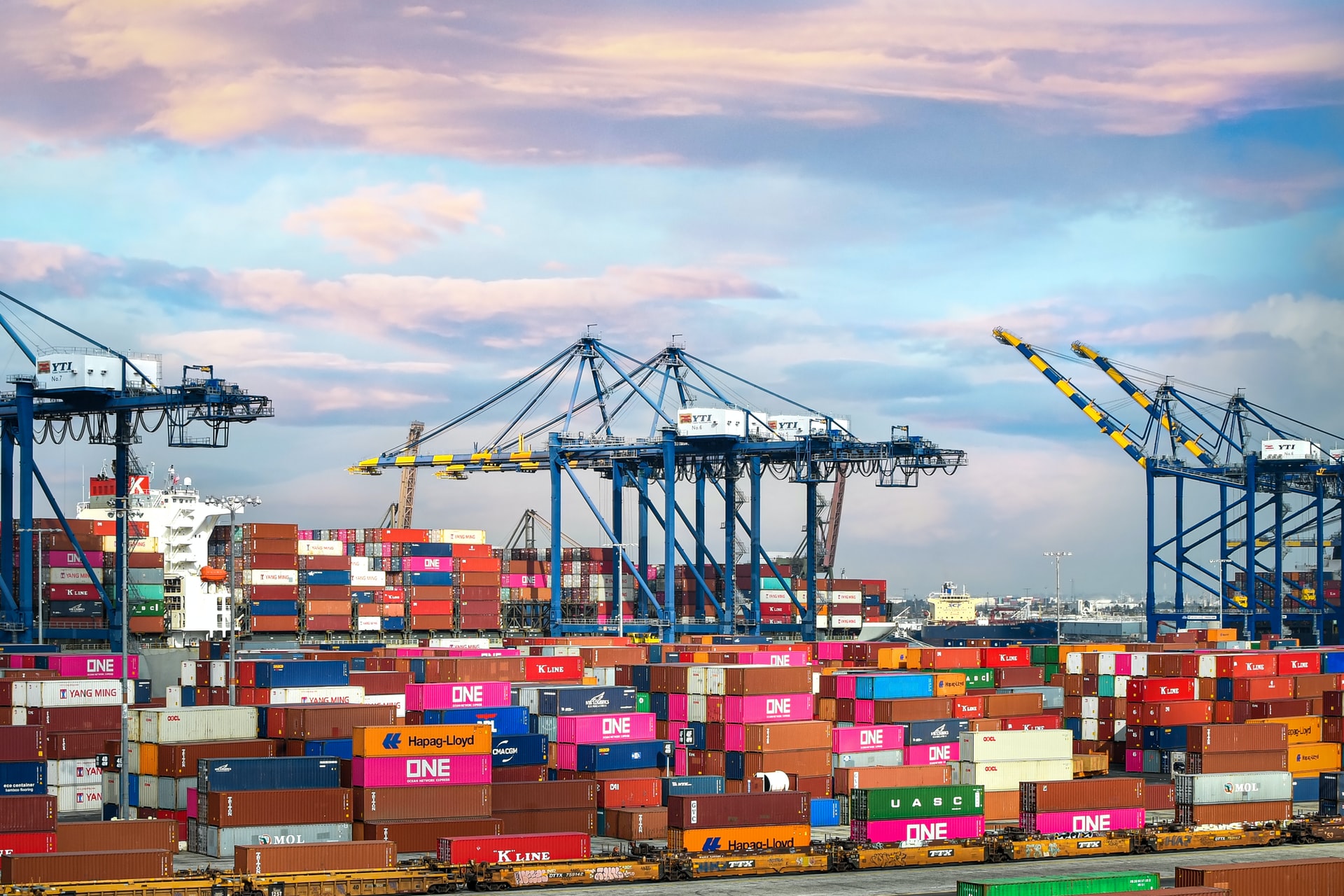 Photo by Barrett Ward on Unsplash

Berthing times slowly increased to 1-3 day averages, with ebbs and flows week to week as isolated events impacted Eastern Hemisphere exports. Berthing time spiked to up to 10 days in September, and constraints such as port operations, container availability and zoning limits on container stacking had to be considered to ease the pressure, rather than responding with past playbooks such as overtime and port storage penalties on demurrage and detention. 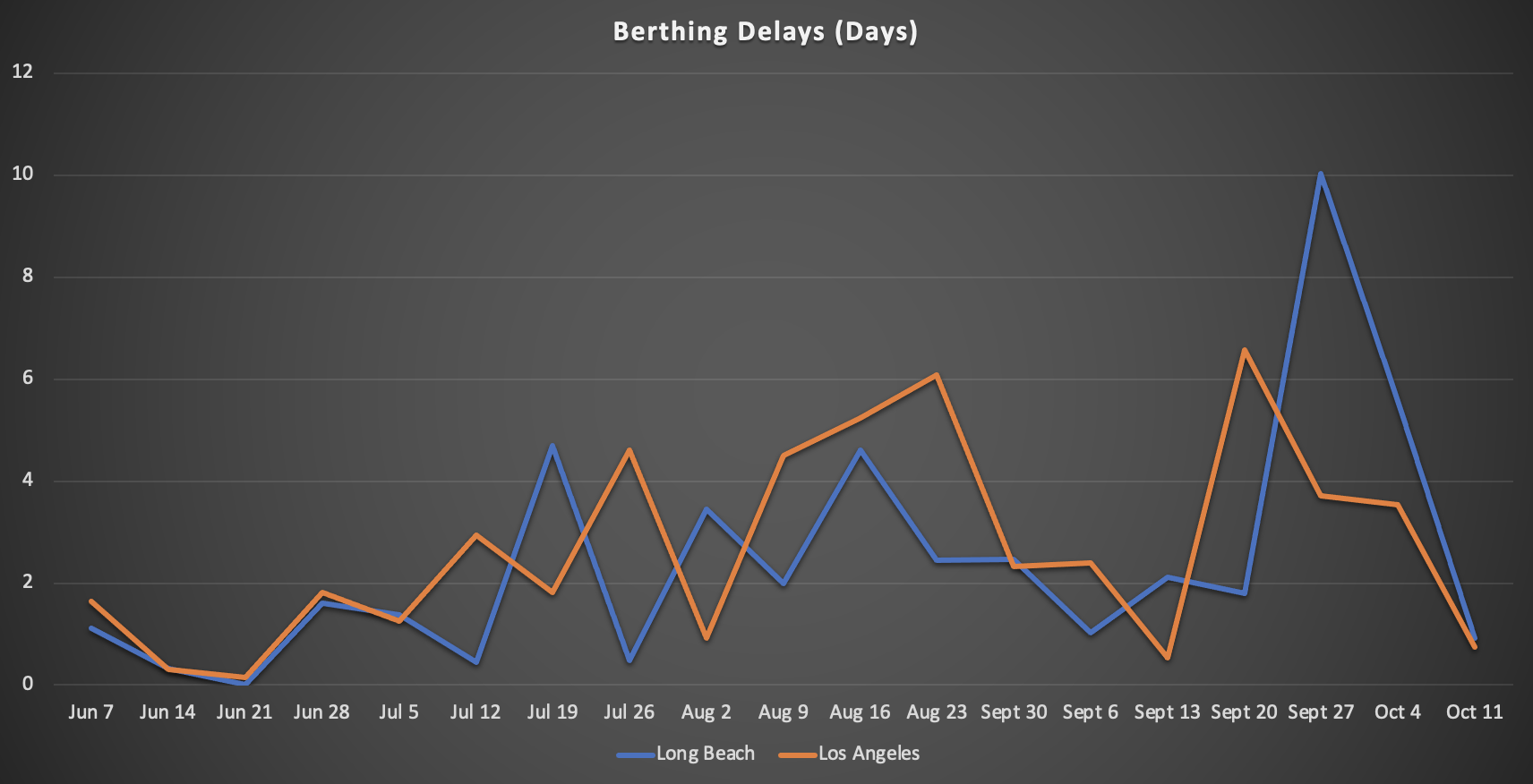 “The ports, dray carriers and shippers continue to work to resolve the issues that are causing constraints at the ports and shortages on the shelves. We’re seeing some impact from these actions, but the problem is not yet resolved. Smart shippers worked diligently to get their orders in early, knowing that there are delays. We expect to continue to see bottlenecks at these ports for months to come. Moreover, there continues to be variability in the berthing times. This can occur due to a combination of vessel size, equipment availability and other resource availability.” 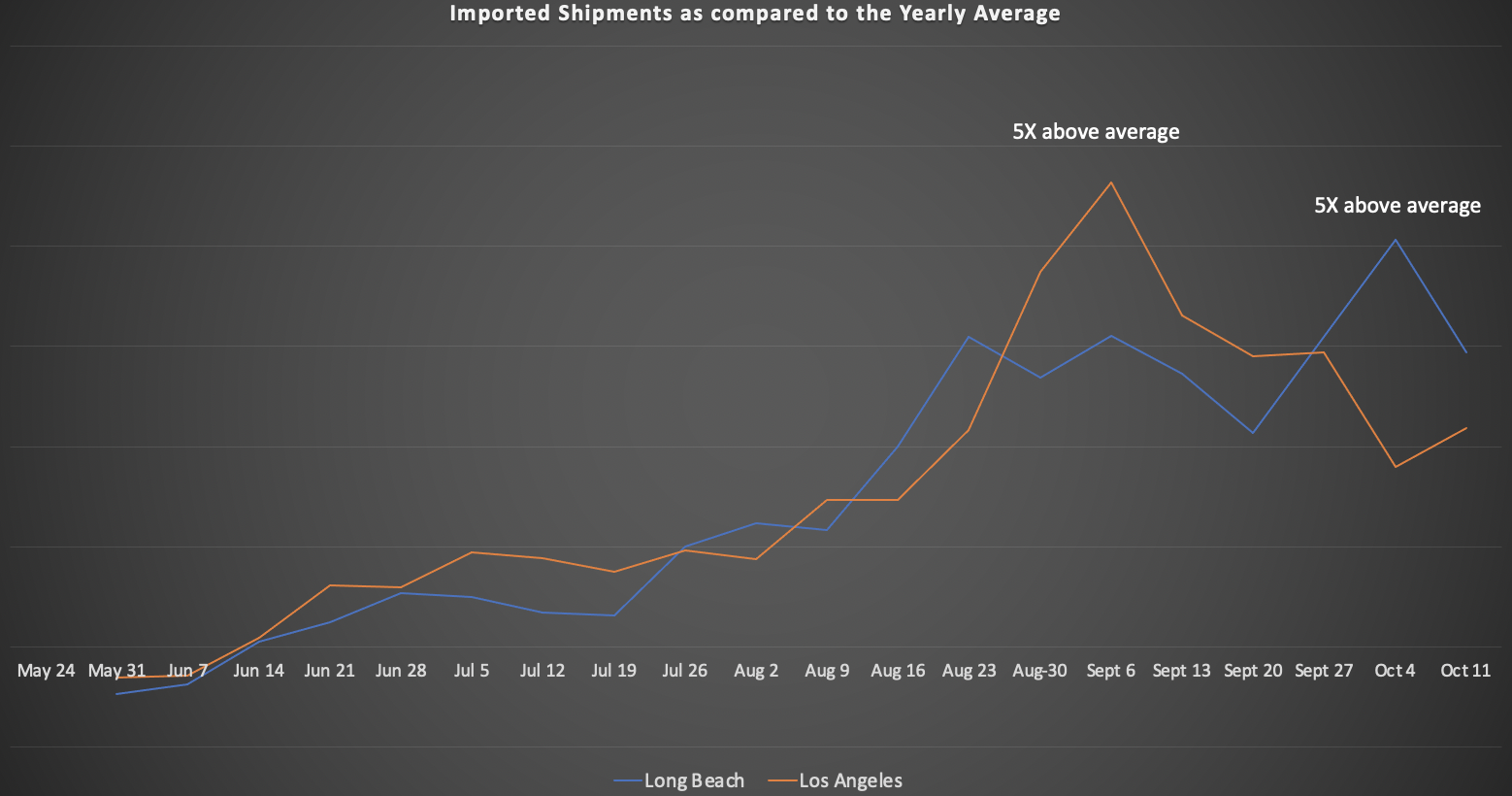 FourKites saw a spike in load count beginning the week of August 23. That week, the load count was approximately twice the usual load count. The growth continued into the week of Oct 4 with the highest recorded load count at 5x larger than the weekly average shipments at this location in 2021.

Load count has since declined in subsequent weeks, returning closer to annual averages but remaining on the high side of the volume of imports.

Port of LA saw a similar pattern in increased load volume, beginning the week of August 23 with 3X the average volume, and has remained above average since that time.

The Port of LA peak load volume occurred one month earlier than Port of Long Beach, during the week of Sept 6, where the loads were 5x the historic average.

During the week following the 5X spike at the Port of Long Beach — the week of October 11 — Port of LA saw 2X the amount of loads compared to the 2021 average volume.

“We anticipate volume increasing significantly to LA/LB through the 2nd week of December as smaller shippers and last minute product buys are being pushed through. In the event that volume doesn’t meet the distribution center receive-date requirements to hit shelves on time, or to fulfill e-commerce orders, any excess stock will lead to post-holiday sales that will be larger than any year we have seen before.”

During the time of the extensive berthing delays at the Ports of Los Angeles and Long Beach, the Port of Seattle saw a dramatic increase, with FourKites tracking 8X the average import volume the week of Sept. 20.

Extending into October, Seattle reached a second high at 3X the normal volume the week of October 11.

Berthing time at Seattle has kept within it’s typical less-than-1-day expectations despite the volume increases in imports.

“LA/Long Beach have seen ongoing delays and constraints over the last few months. Carriers and shippers are shifting some cargo routes in an effort to reduce the traffic coming into LA/LB, and thereby reduce the overall transit time. However, while many shippers have changed routing from LA/LB to alternative East Coast ports, the volumes that shifted haven’t been statistically significant to impact the major East Coast port operations at this time. The additional lead time, cost and where product ultimately is routed into the US are major points of decision for shippers and beneficial cargo owners (BCOs) on the transpacific eastbound route (Asia to US).”

Photo by Barrett Ward on Unsplash