In France, over the past two months, the cost of employees in freight transport has increased by 2 percent over long distances and by 2.1 percent in the region. This is not the best news for carriers because driver salary is the largest operating cost of a truck.

According to a report by the National Roads Committee (CNR), truck drivers in France in recent months earn on average 2 percent more than in February this year. According to the industry portal Actu Transport Logistique, the reason is the agreement signed on March 6, 2018 by trade unions. Wage increases are in force since 1 April in companies that are members of signatory organizations. Novices got smaller pay rises than those who have 5 or more years of experience behind the wheel.

In addition, on April 4, the unions negotiated an increase in per-diems by 1.2 percent. Depending on the length of the route, truckers are reimbursed for meals and accommodation.

How is the driver’s wage calculated in France?

All this is included in the so-called Convention Collective, or collective agreement. It is a document signed by a group of employers and trade unions of employees whose purpose is to establish employment and working conditions as well as social guarantees. The collective agreement also specifies minimum rates of remuneration.

The collective agreement in road transport classifies transport employees in seven categories. Truck drivers are in groups 5, 6 and 7. Each category receives a group number and a factor.

– Group 5, factor 128M – it includes drivers of vehicles with a GVM (gross vehicle mass) over 11 tonnes, up to 19 tonnes inclusive. Having a vocational qualification or an FPA diploma (i.e. a certificate of completion of a vocational school and a minimum of 3 years of experience in a profession or a secondary school certificate) may be required.

– Group 6, factor 138 M – includes drivers of vehicles with a GVM over 19 tonnes. A certificate of professional qualification or an FPA diploma may be required.

– Group 7, factor 150 M – it includes highly qualified truck drivers with professional qualifications necessary for the correct implementation of all tasks (concern for the safety of people and goods, the effectiveness of actions or methods and customer satisfaction) that normally rest on it in terms of implementation different phases of each transport of goods.

Depending on the length of the work experience and the group, drivers receive the following monthly gross salary for 200 hours of work calculated.

Annual income of the truck driver from 1 April 2018 in euros:

These rates translate into the following remuneration per gross hour of work.

Rate per hour applicable from 1 April 2018 in euros:

The average salary of the truck driver

In fact, the remuneration of the novices stipulated in the collective agreement is approximately  1,700 euro gross per month. With ten years of experience, an average salary of 2400 euros gross is recorded.

In addition to basic pay, drivers receive reimbursements for accommodation and meals as well as bonuses.

A bonus for working at night

Higher rates are calculated for work at night, between 21:00 and 6:00 in the morning. The bonus is 20%. the normal hourly rate irrespective of the category of the employee concerned. Depending on the contract that the driver concludes with the carrier, this bonus may be replaced by the granting of equivalent compensatory leave.

Drivers can also get a higher hourly rate if they work more than 35 hours a week.

Per-diem rates for truckers in France

In addition to remuneration rates, the collective agreement also specifies per-diems for meals and accommodation. The rates specified in the table below are valid from April 1, 2018 and apply only to companies that are members of one of the Convention Collective federations. 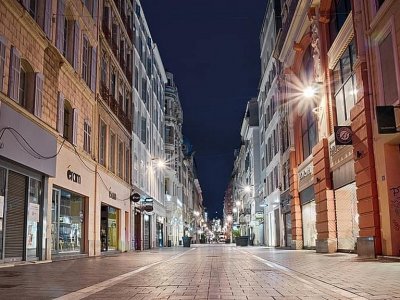 France curfew: how lorry drivers can... 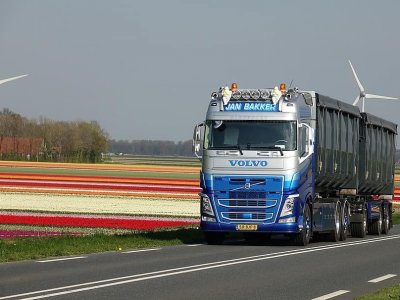 France curfew: how lorry drivers can get their exemption certificate
Dutch lorry drivers employed by Cypriot firm must pay national insurance in the ...
French truckers’ strike threat pays off as roadside restaurants reopen
Girteka CEO: Digitisation a must for profitability, competitiveness and balancin...
Talking tenders, mini-bids and digitalisation with Freightender CEO Pieter Kinds