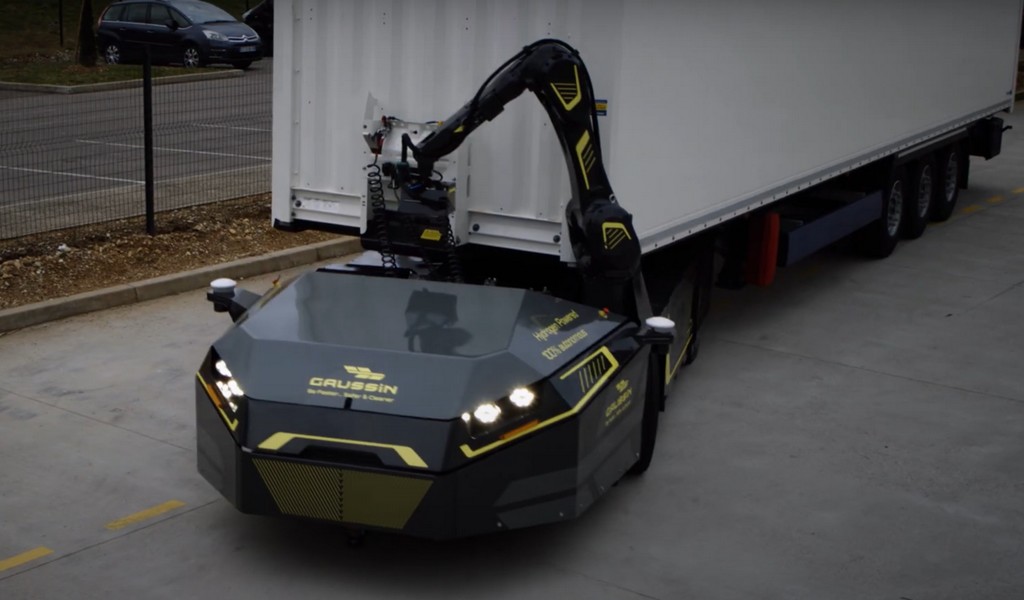 French autonomous vehicle manufacturer Gaussin has unveiled its new hydrogen-powered autonomous tractor, which comes equipped with a robotic arm and is intended for “major players in logistics and e-commerce.”

Gaussin says the disruptive technology was developed at the request of different customers, and is set to be tested by two major logistics and e-commerce players in the United States and Europe this summer.

The vehicle is said to represent a turnkey, zero-emission solution that improves process efficiency, productivity and safety in logistics centres.

Gaussin argues that the demand for same-day-deliveries means that the organization around a logistics centre must be as efficient as the tried-and-tested sorting systems inside a warehouse. The French manufacturer believes its new autonomous, hydrogen powered vehicle is an environmentally friendly solution that can make this happen.

The vehicle is intended to allow the autonomous movement of trailers, semi-trailers and swap bodies between equipment parking areas and docks. Gaussin claims the vehicle’s navigation technology enables it to locate itself, understand its environment and adapt its driving in complete safety according to what happens on route.

The vehicle also sports a robotic arm that enables the connection and disconnection of air and electrical connectors linking the trailer and tractor. The robotic arm uses its cameras to automatically recognize the connector types and the associated connection maneuver to perform the appropriate key function.

Tests in real operations with two major e-commerce and logistics companies are planned for mid-2021. Gaussin says the objective of these tests is to confirm the performance of the system in accordance to the customer sites. It hopes that commercial deployment will be possible before the end of the year.