Glenfiddich fuels transport fleet with biogas made from its whisky residue 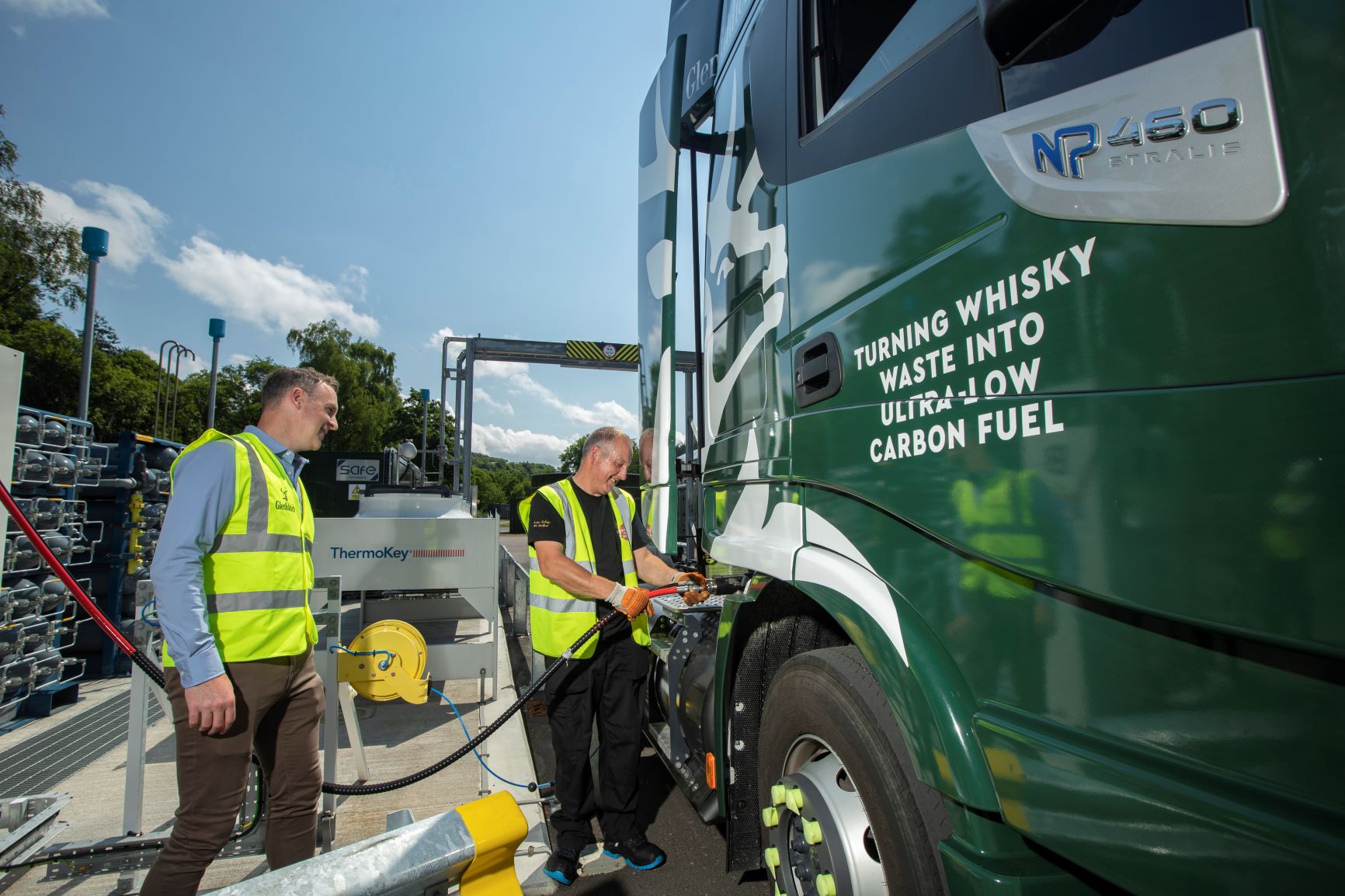 Well known Scottish whisky producer Glenfiddich has launched a ‘closed loop’ sustainable transport initiative that will make it the first global spirits brand to run its delivery fleet on green biogas made from the residue of its own distilling process.

Using a unique technology developed by its parent company William Grant & Sons, the Glenfiddich distillery at Dufftown in Speyside converts its production waste and residue into an Ultra-Low Carbon Fuel (ULCF) gas that produces minimal carbon dioxide and other harmful emissions.

Fuelling stations have been installed at the distillery, and the biogas is now powering specially converted trucks that handle the transportation of the Glenfiddich spirit at all stages of its production at the Dufftown distillery – right through to bottling and packaging.

It has taken more than a decade for Glenfiddich to become the first distillery to process 100% of its waste residues on its own site, then to be the first to process those residues into biogas fuel to power its trucks, and finally to be the first to install a biogas truck fuelling station supplied by our on-site renewable energy facility” – said Stuart Watts, William Grant & Sons’ distilleries director.

Across the entire production lifecycle, the biogas reduces carbon dioxide (CO2e) by over 95% and other harmful particulates and greenhouse gas emissions by up to 99% when compared to diesel and other fossil fuels.

Each truck will displace up to 250 tonnes of CO2 annually, which has the same environmental benefit as planting up to 4,000 trees every year – the equivalent of displacing natural gas, a fossil fuel, from 112 households.