The ‘Irish Truckers & Haulage Association Against Fuel Prices' has announced a second protest next Monday that is expected to cause further traffic disruption across the Republic of Ireland. 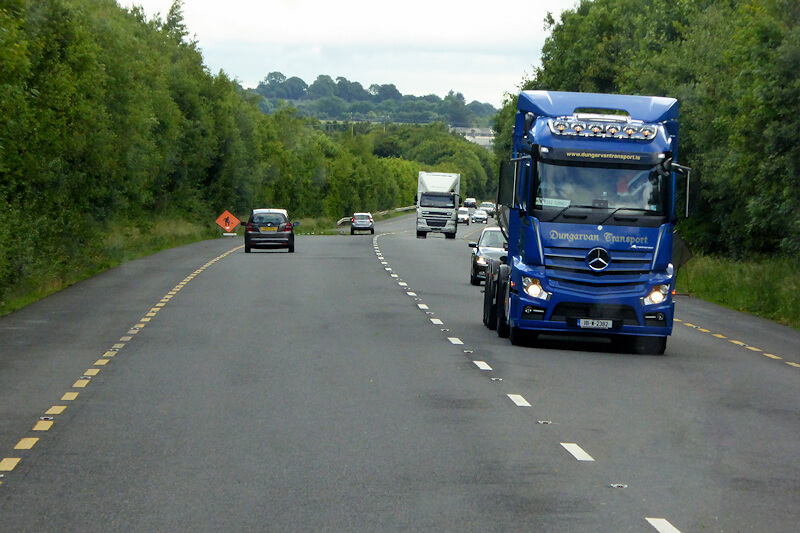 Writing on Facebook yesterday, the group said their protest on Monday 13th December would follow another protest from farmers beginning the night before.

“We want a significant drop in fuel costs at the pump for everyone. We want VAT & Duty slashed and we also want the Carbon taxes slashed on the cost of fuel at the pump. We won’t be leaving until we get answers,” says the group.

“We’re calling on the nation to get out on the streets and support us. Stand up and let your voice be heard enough is enough. Our country is suffering and we are been punished for the actions of our government.”

The group says it is looking for hauliers to volunteer to do Marshall and lead the Convoy from each meeting point. Those that want to take part have been asked to get in contact as soon as possible.

In addition, the protesters are asking others to join them, including truck operators, couriers, van drivers , bus drivers , taxi drivers, fishermen, motorists and rural residents.

The routes and times will be revealed the day before the protest. Therefore anyone hoping to avoid the disruption would do well to follow Irish Truckers & Haulage Association Against Fuel Prices on social media.

One politician who has vocally backed the protestors is Parliamentarian Richard O’Donoghue. The Independent TD has described next week’s protest as a “red warning”. In a Facebook post published yesterday, O’Donoghue also revealed that the imminent protest would feature LGV drivers as well as HGV drivers, and affect as many as 26 counties.