How has the semi-conductor shortage affected the road freight transport industry?

As the world has still grappled with the fallout from COVID-19, the introduction of vaccines has helped the global economy slowly get back on its feet. The most popular tourist destinations across the globe began to re-open to international tourism, as well as other services, such as shops, did so as well, the economy began to recover. 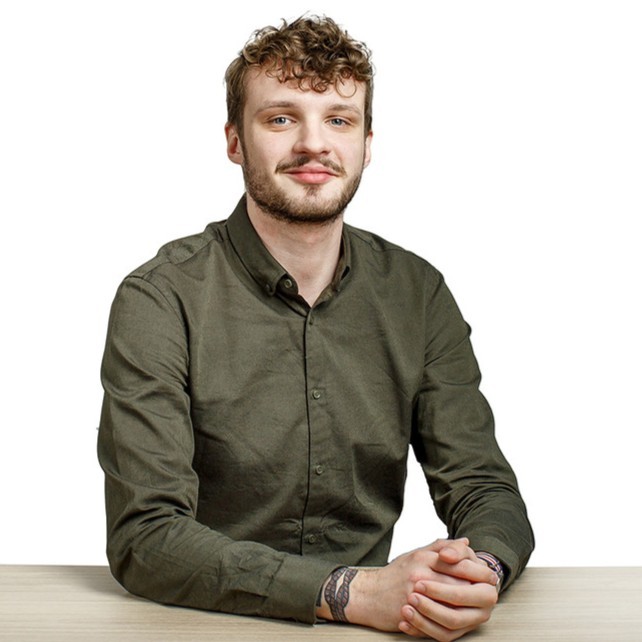 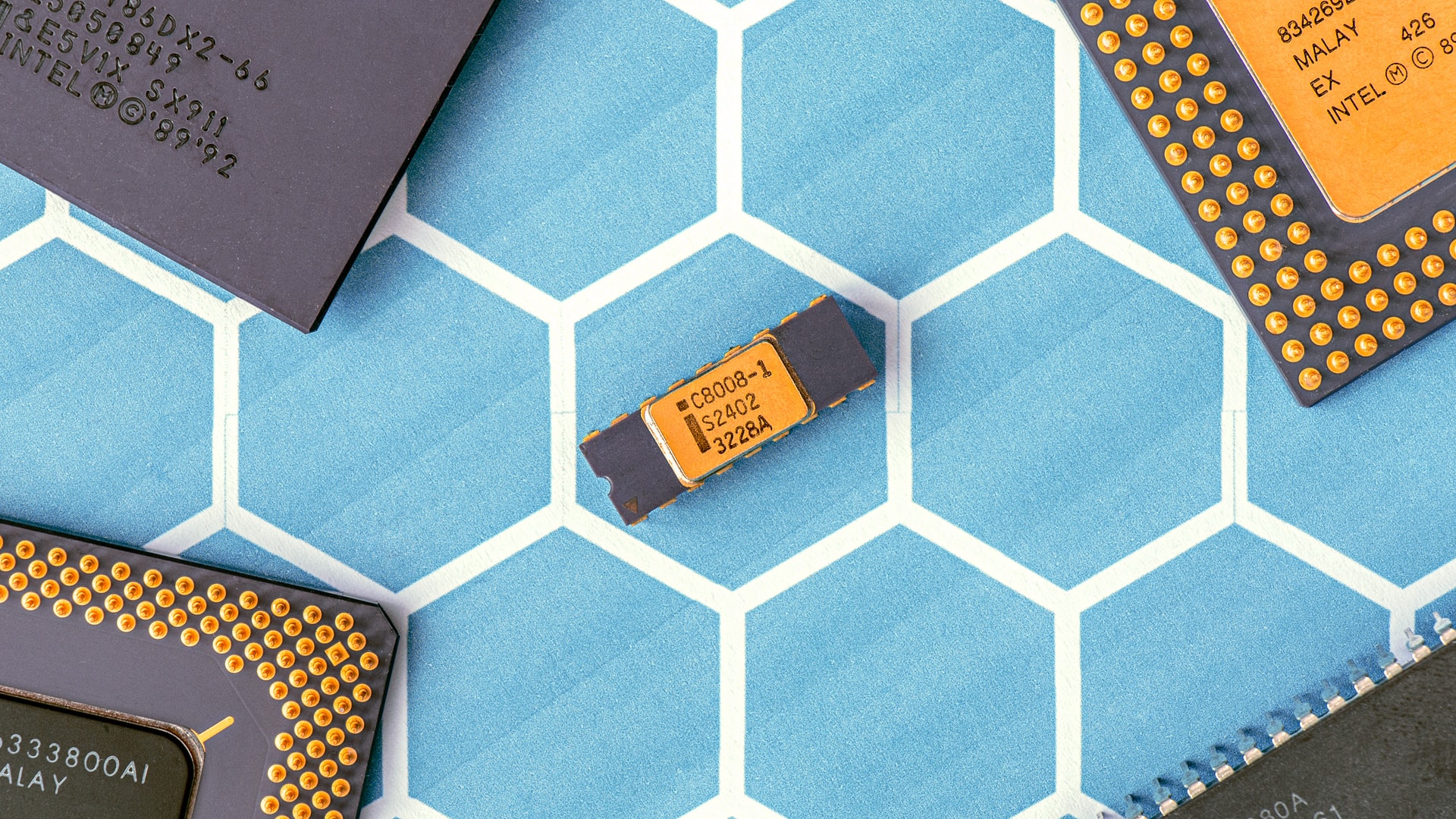 Photo by Jonas Svidras on Unsplash

In the European Union (EU), per Eurostat data, levels of unemployment have dropped to their lowest point in August 2021, as 6.8% of the labor force within the EU had no job, compared to 7.5% in October of 2020. Economic activity, measured by the Gross Domestic Product (GDP) within the bloc has begun to rebound in Q2 2021, compared to the previous two quarters that exhibited a decline in GDP. As a result, demand for transportation services increased, resulting in freight rates growing correspondingly, climbing to their highest levels since the first three months of 2017 by Q2 2021 (€1,147, per Transport Intelligence data).

However, as much as there was positive news, there were some negative factors at play.

Firstly, the pandemic resulted in even more drivers completely leaving the profession, exacerbating the driver shortage that has affected the road freight industry for a number of years. That is perhaps best highlighted by the supply chain shortfalls seen in the United Kingdom, where the shortage was worsened not only by the pandemic-related employee turnovers but also by Brexit-related ramifications that many EU nationals left the country to work within the bloc. Brexit has also caused an imbalance in supply chains, as EU-based operators are reluctant to move their capacity into the UK, as showcased by the imbalance in UK export and UK import rates, with the former being at 126.16, while the latter was at 104.53 at the end of Q2 2021 (100 was the number used as a baseline for Q1 2017 rates).

Rates were also negatively impacted due to the fact that operating expenses grew exponentially, partially once again related to the growth in economic activity, as more fuel was in demand, while oil production was still lagging behind. When the demand picked up from the consumer side, following a difficult winter particularly in Europe, there was still not enough supply to restock gas reserves, potentially forcing gas-powered plants to turn back to oil, which is still much cheaper. That has not helped the price of oil to stabilize and as a result, diesel prices soared by at least 3.2% in the first six months of 2021 compared to a year prior. Per the European Commission (EC) data, the price of automotive diesel oil has continued to rise and has reached its highest point since last October on October 11, 2021.

Yet at the same time, the battle against ever-rising costs is made easier by having a trusted ally on the side that is the rising demand for transport services. While the COVID-19 pandemic is not over yet, with the introduction of various immunization certificates, the economic activity continued, despite cases rising across Europe as the leaves on trees began to turn yellow and as the warm summer months changed for the windy and rainier days of the fall. As a result, demand for transport capacity continued to grow. The capacity, however, struggled to keep up.

The problems to provide sufficient capacity across Europe could be viewed as a three-fold problem, as driver shortages, a fragmented market within the continent, and finally, as the supply of vehicles dwindled, so did the potential amount of tonnage that would be carried on the roads in Europe.

While the UK was and still continues to be the highlight and the focal point of driver shortages in Europe, the whole continent is affected as well. Similarly to the island across the Channel, transport companies suffered from a natural driver turnover, and as a result of the pandemic, some drivers chose to retire earlier, as some transport providers temporarily stopped their operations throughout the first months of the first wave, resulting in dwindling pool of total drivers available.

“While the COVID-19 pandemic has challenged supply chains and logistics in unprecedented ways, it has further exacerbated the already alarming issue of driver shortages. Even before the pandemic was a serious cause for concern in the industry, the lack of drivers in the road transport industry was at an all-time high with many of its underlying issues being long-term challenges,” described the issue a report by Transport Intelligence, a market research company based in the United Kingdom. Per the company’s research, the industry lacked a whopping number of around 400,000 drivers in 2020, with Poland, Germany, as well as the mentioned UK being the countries that were impacted the most. While the issue could be temporarily alleviated with short-term measures such as wage increases, bonuses, and other motivational measures, the issue is mostly long-term, as the total pool of drivers has to be increased with young professionals entering the field.

Even then, the short-term issues could have been difficult for many of the companies in Europe, as the majority of supply chains are taken care of by small/medium businesses. The tight margins of the industry as a whole, combined with the fact that there are more than a fair share of small businesses that were hit hard by the pandemic-related stoppages, has resulted in a volatile environment in the supply chain across Europe. The International Road Transport Union (IRU) warned that if governments across the globe would not take action, it “will lead to a wave of bankruptcies in the road transport sector,” the union pointed out in November 2020.

“Insolvency indicators assessed include fixed asset turnover, forecast cash flow, and real revenue turning point. Ranked on a risk scale from one to ten, all regions of the world are standing at the highest levels, nine or ten. This points to a looming wave of bankruptcies in road transport, which will have a devastating effect on the global economy and its ability to recover from the pandemic.” The levels of business default risk were the highest in Europe, with the risk being very high in the continent, per the union’s research.

Insolvent firms mean that shippers could struggle to find the right capacity at the right price, while the big haulage companies could struggle to provide capacity at the right place and time. There are a lot of microeconomic factors affecting road transport within Europe, such as peak seasons and difficulties in getting through customs, or even traffic bans for trucks during certain periods of time. However, there are macroeconomic factors that affect the industry as well. The lack of capacity could also be pinned down, but not only, to the current shortage of semiconductor chips, as truck manufacturers, much like many other industries relying on the chips for manufacturing, had to slow down the production of their goods.

The obvious consequence of manufacturers not having enough chips to produce various electronics, including systems for cars and trucks alike, is that there is not enough supply to meet the ever-growing demand, or demand, that has caught manufacturers off-guard.

During the first lockdowns, many people were confined to their homes, adhering to the strict restrictions and uniting under one common goal, to help in reducing the spread of the virus. As an effect, fewer people were on the road, not only dampening the demand for fuel but also for new vehicles. According to the International Organization of Motor Vehicle Manufacturers (OICA), a non-governmental car and truck manufacturers’ organization accredited to the United Nations (UN), 2020 ended with a “16% decline of the 2020 production, to less than 78 million vehicles, which is equivalent to 2010’s sales levels.” For heavy-duty trucks, the manufacturing industry “has been adjusted to a 28.0% decline in 2020, due to constricted economic activity expected as a result of the COVID-19 (coronavirus) pandemic,” concluded an industry research report by IBISWorld.

One of the factors was the semiconductor shortage. Traton, the parent company of Scania and MAN, two truck brands, announced that it faced “ongoing shortages in the supply of semiconductors,” as well as other key brought-in parts. The company expected “unit sales in the third quarter of 2021 to be significantly lower than planned. Looking at the third quarter, a period that already tends to be affected by seasonal factors, this means that these supply chain difficulties will have a stronger impact than expected.”

Traton was the rule, rather than the exception. The parent company of Mercedes-Benz, Daimler, assumed “that the worldwide shortage of supply of semiconductor components will affect the business also in the second half of the year,” as visibility into the future of the supply of the products is currently low in its Q2 2021 financial report, released on July 21, 2021. Volvo highlighted that while it delivered over 46,000 trucks throughout the second quarter of the year, the company had “to temporarily halt truck production corresponding close to a month.” Overall, as per ACT Research, there was a backlog of 262,100 trucks on order in July 2021, three times the amount compared to the same month a year prior. The semiconductor issue is not unique to the car manufacturing industry, however, as most recent examples, such as Apple being wary of its iPhone 13 production levels, point out to a potentially critical situation across supply chains globally.

Another side effect of the semiconductor shortage is that the same semiconductors, as well as other parts across manufacturing sites, are carried by commercial trucks. Major car manufacturers across Europe have multiple sites, as the continent is home to some of the biggest car brands in the globe. While EU-based manufacturers have set up shop elsewhere as well to cater to the more local markets to reduce the complexity of supply chains, Europe is home to some of the manufacturing clusters within the automaker industry. In the EU alone, car manufacturing is responsible for “direct and indirect jobs to 13.8 million Europeans, representing 6.1% of total EU employment. 2.6 million people work in direct manufacturing of motor vehicles, representing 8.5 % of EU employment in manufacturing,” according to the EC.

“The automotive logistics market is estimated to have contracted by 20.4% in 2020, with all sectors of the market being profoundly affected,” pointed out a research paper by Transport Intelligence. Per the company’s assumptions, the market is not set to recover by 2023, as it would still be lagging behind levels last seen in 2019, a year in which the automotive industry had a small dip in production. A lower production value affects not only those focused on moving a finished product (a car) but also those that deliver parts across manufacturing sites. Overall, the automotive logistics market in Europe accounted for $43 billion in 2018, per The Insight Partners, showcasing the sector’s size. With the pressure of COVID, and the economic uncertainty it can still bring, as well as the semiconductor crisis, companies reliant on the revenue from the automotive sector could foresee a difficult few years going forward. Solving the chip shortage, as well as the ease of doing economic activity, both from the consumer and businesses point of view, will be crucial to ensure that automotive logistics and the general road freight transport industry stabilizes quicker.

Photo by Jonas Svidras on Unsplash