Ice on a truck roof. The German automobile club warns of the consequences. 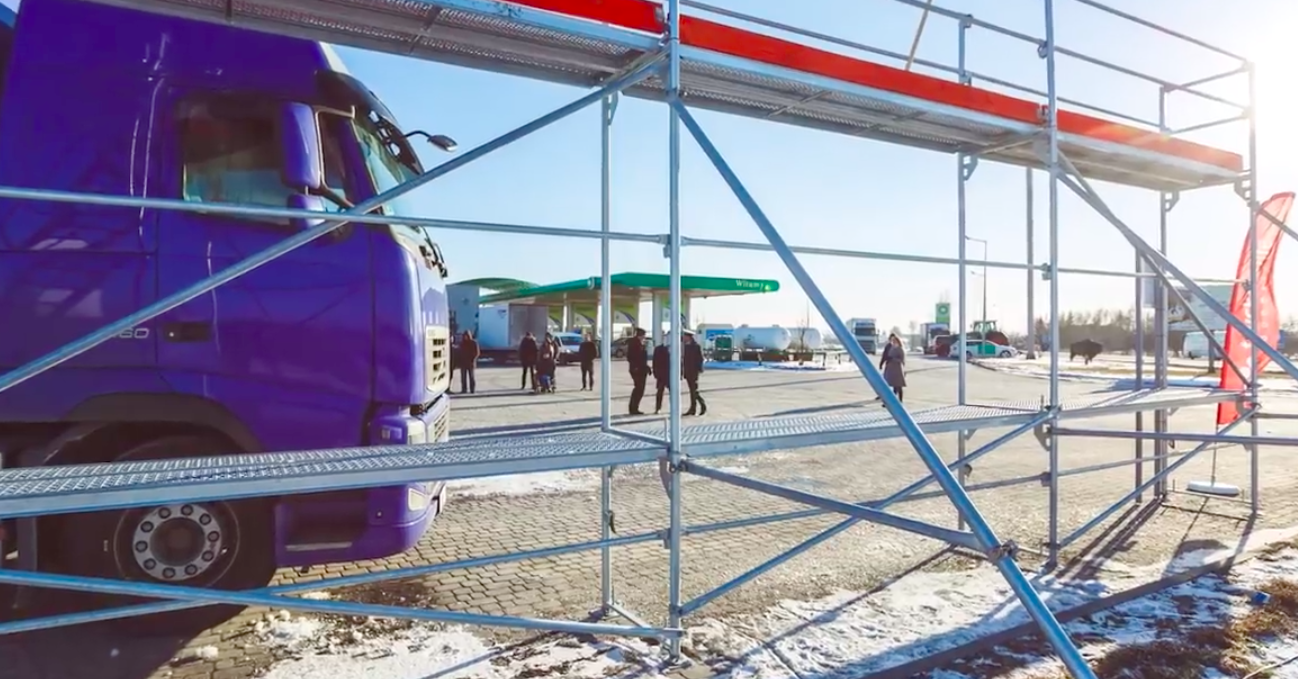 According to the ADAC, even during warmer winter days, there is a high risk of ice appearing on the roof of a truck. The automobile club advises how to behave to avoid unpleasant consequences.

Drivers must not be deceived by the sunny winter weather. Even a small amount of rain or high levels of humidity during the day and frost at night significantly increase the risk of ice forming on the roofs of cabins and semi-trailers, even in seemingly good weather, warns the automobile club. Both in Germany and Poland, there have been accidents in recent days in which the ice sheets from semi-trailers hit the windscreens of vehicles driving behind them.

According to § 23 of the StVO (Straßenverkehrsordnung, or German Road Traffic Act), every professional driver must ensure that his truck is in good condition and can be driven safely before departure. His duties therefore also include removing ice and frozen snow from the truck. If he fails to do so, he commits an administrative offence, which is punishable by a fine of €80 and one penalty point (in 2019 the fine was €25).

If the falling ice cover causes a traffic accident, the fine will be at least €120. In addition, under § 315 b of the StGB (Strafgesetzbuch – German Criminal Code), a driver can be punished for endangering road traffic, for which fines and in extreme cases even imprisonment of up to three years are provided.

The ADAC advises all road users to keep a safe distance from the truck driving in front of them. As a rule, falling ice sheets hit about 20 to 50 metres behind a truck. Therefore, if one drives too close to the truck, there is a risk that falling ice will break through the windscreen and fall into the vehicle cabin.

Some ways to remove snow, ice and water from a semi-trailer

According to the automobile club, the best way to remove ice and snow from the truck is to use a roof heater or shake it off with air bellows installed on the roof. However, such equipment is expensive, so drivers usually have to deal with the problem differently. The ADAC recommends that the roof of the truck be cleaned in dedicated areas equipped with special scaffolding.

Under no circumstances should drivers climb on the roof of a truck or climb a ladder without protection. The ladder must be properly secured so that it cannot slip and the trucker should not climb the top three rungs.

If the trailer is empty, the tarpaulin can be raised from the inside to remove water or snow. The driver can also use the air suspension on the rear axle to position the trailer at a slight gradient so that melted snow or ice can runoff. Under no circumstances should hot water be poured over ice sheets, as it freezes even faster than cold water.