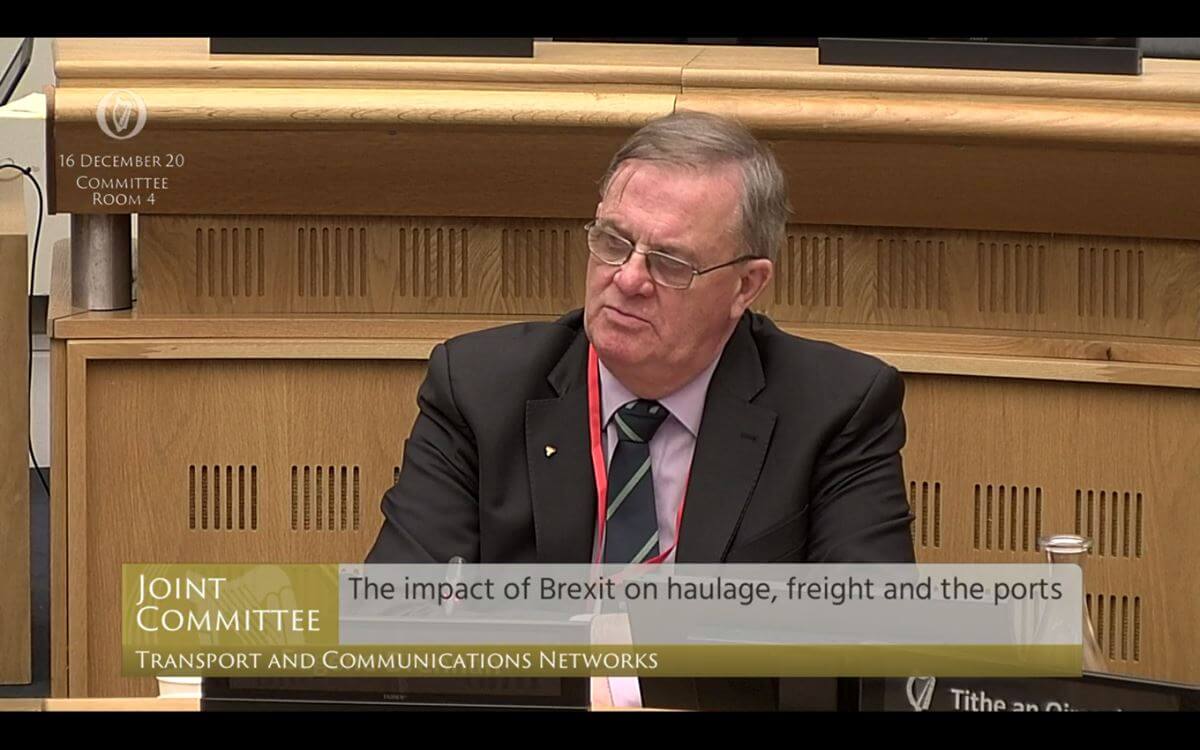 The Joint Committee on Transport and Communication Networks in the Irish legislature Oireachtas had a meeting about the impact of Brexit on haulage, freight and ports with representatives of the Irish Road Haulage Association, Cargo Logistics and DFDS Ferries, this morning.

During this meeting, Drennen asked for relaxations on drivers’ hours’ regulations, and called for a „single State entity to take responsibility for traffic movement in and around Dublin Port”.

He also asked the government to use “statutory powers” to force shipping companies to stagger ferry arrivals to avoid congestion from checks.

There are serious concerns about trade, and supply chains, and the risks and disruption associated with Brexit. Our ports, haulage freight and ferries represent critical infrastructure in light of the importance of our imports and exports to our economy” – said Committee Chair Kieran O’Donnell before the meeting.

During the meeting, participants also discussed issues related to the concept of a Cargo AirBridge service into Liege, bypassing the UK.”

Irish hauliers have repeatedly warned their government about the serious difficulties delays at British border post would cause after Brexit. In Drennen’s eyes, the question of whether Irish hauliers can remain competitive is not dependent on whether there’s a deal or not.

The IRHA has successfully urged ferry companies to operate more direct vessels between Ireland and Europe after Brexit. However, Drennan argues that this is not enough, as drivers need to be flexible with their driving times to tackle the next four weeks, during which he expects an „unprecedented disruption for the movement of goods”.

Deputy Ruairí Ó Murchú has also asked Drennan to present a list of claims that can be presented to the government.