The new lorry park in Ashford, located 13 miles from the entrance to Eurotunnel, will offer places for 650 HGVs and a lot more; a gym, a game centre and a restaurant serving food made from scratch. The facility will be open to industry from Friday. 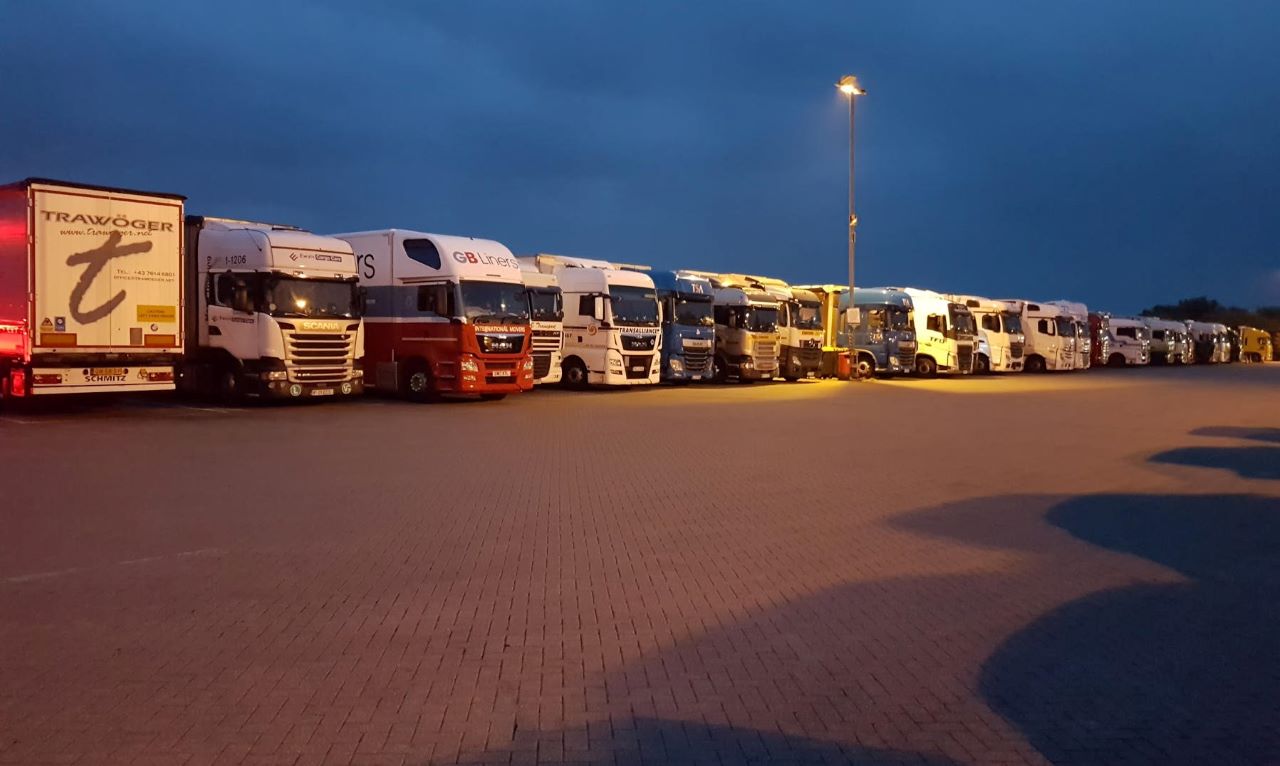 The Ashford International Truckstop is not only to be the biggest HGV lorry park in Europe, but it will also be secure; it has a security barrier, a 7ft security fence with barbed-wire overhang, motion-sensitive LED spotlight, as well as a floodlit parking area with infrared, motion-sensitive CCTV and security patrols.

The truck stop and all of its facilities shall be open 24/7. Besides showers and toilets, the complex features washing machines and tumble dryers, a restaurant, a fitness gym, a lounge and tv area, and will soon offer accommodation.

The truck stop was due to open on November 1st, but due to supply chain problems in sourcing materials, the opening dates were postponed. Truckers can start using the facility as of Monday 6th December.

Only a few days to go until our Industry open day!

The whole team are looking forward to showing you around the new facilities and we look forward to seeing you there!

The latest official data on the number of lorry parks in the UK comes from 2018, when the Department of Transport identified a national shortfall of around 3,700  parking spaces for lorries. The lack of lorry parks means drivers often end up sleeping in lay-bys and industrial estates.

Duncan Buchanan, policy director at the Road Haulage Association, said the life of a lorry driver could be “very, very hard” and said the industry had been calling for more parks for years without success.

“We are asking drivers to sleep in lay-bys, without food or hot water. Many end up being victims of crime. These are the things that really put people off joining the industry, and need to be sorted,” said Buchanan when the driver shortage was discussed.

According to The Times, the fund would be used to create 2,000 extra spaces at lorry parks and also to improve facilities such as showers, toilets and cafés.