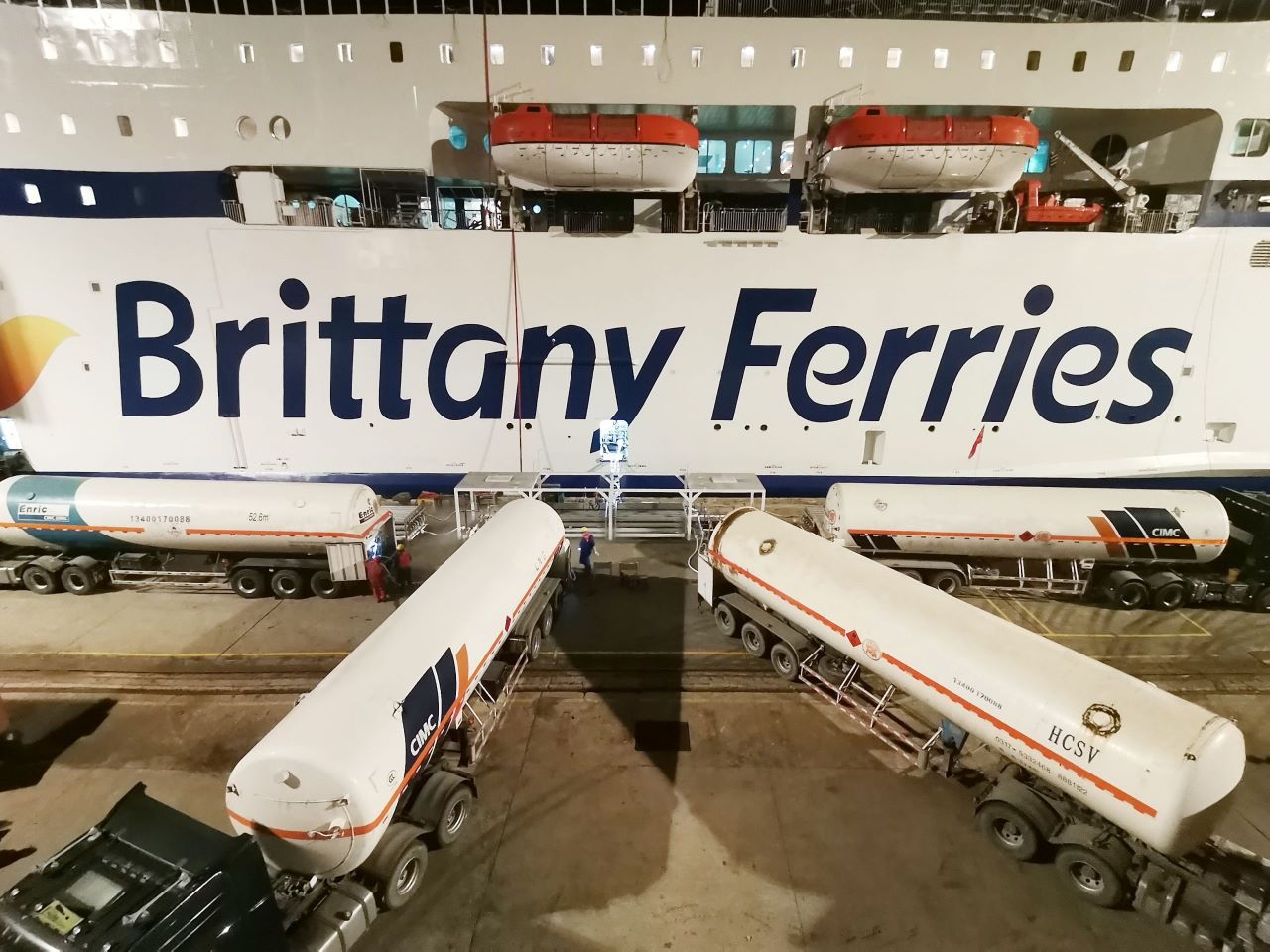 She is the first liquefied natural gas (LNG) powered vessel to join the Brittany Ferries fleet, but won’t be the last. By 2025, four LNG ferries will call Portsmouth home, including two hybrids.

Salamanca makes two round trips to Bilbao each week. She also makes a weekly return voyage to Cherbourg in France. All the while she will be powered by a fuel that promises a smoother, quieter ride for passengers, as well as fewer emissions from her funnel.

Salamanca is one of the largest ships in the Brittany Ferries Fleet. An E-Flexer class vessel, she is 214.5 m long, with ten decks and gross tonnage of 41,716 UMS. She can host up to 1,015 passengers in 341 cabins with nearly 3km of space in her cavernous garage ready to transport cars and freight.

Travelling at 21 knots, Salamanca will connect Portsmouth with Bilbao in around 28 hours (depending on schedule). 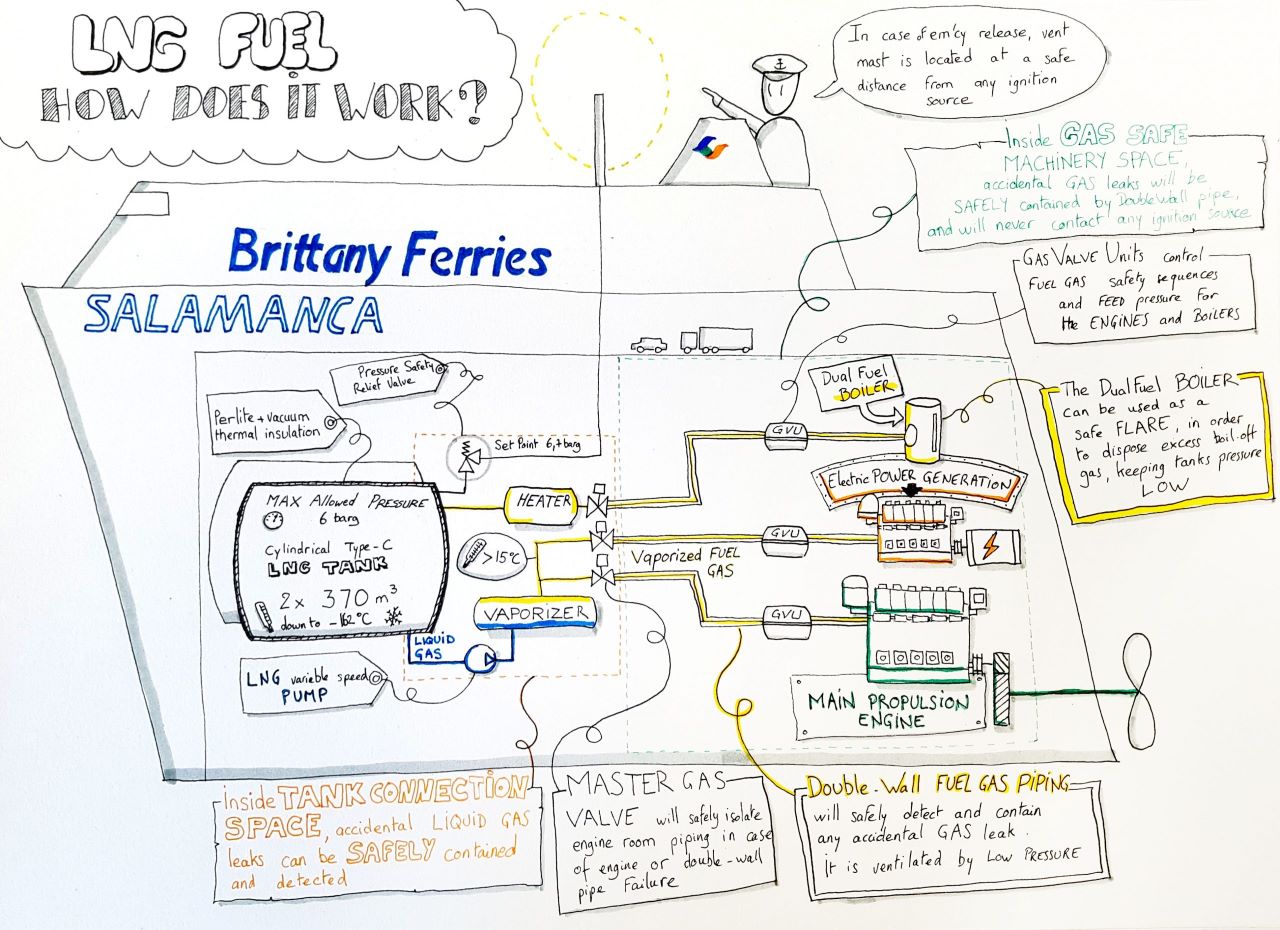 Salamanca’s sister ship, the Santoña, will join Brittany Ferries’ fleet next year to connect Portsmouth with Santander, the capital of Cantabria and gateway to so-called green Spain. Both Bilbao and Santander Ports will host bunkering (refuelling) terminals to power the ships, supplied by fuel partner Repsol.

Two LNG-electric hybrid vessels are next to arrive, crisscrossing the Channel to connect Portsmouth with St Malo and Caen in 2025. They will operate in a way that is analogous to a hybrid car, powered by LNG, by battery power or by a combination of the two. 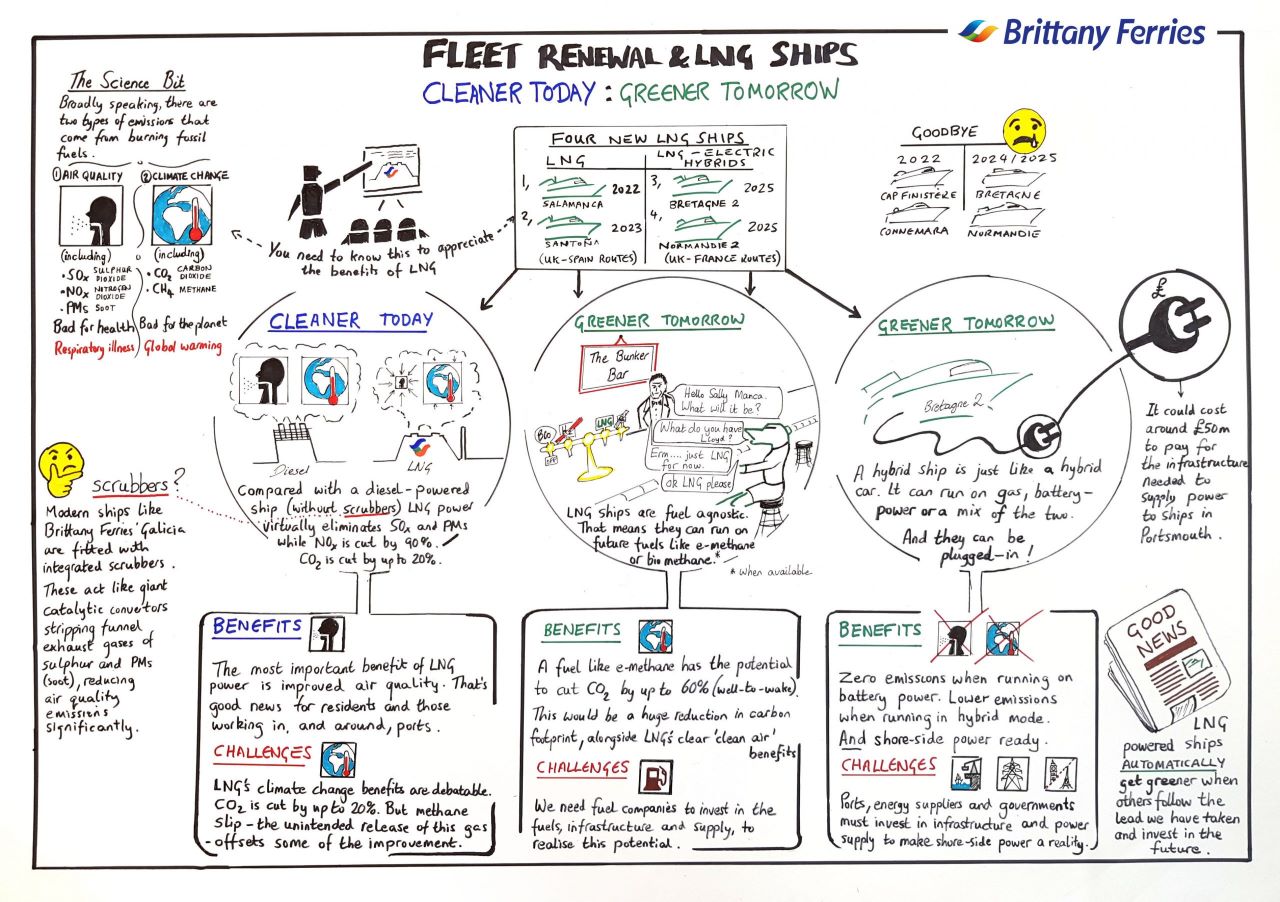 The hybrids will be shore-side-power ready. This means they could be plugged in when port-side infrastructure allows. News that Portsmouth International Port has just applied to the area’s distribution network operator (DNO), to begin the process of upgrading the electricity supply, is welcomed by Brittany Ferries.