A Turkish lorry driver who was caught driving an HGV with a tachograph manipulation switch has admitted that a previous accident had made it possible to hide the device. 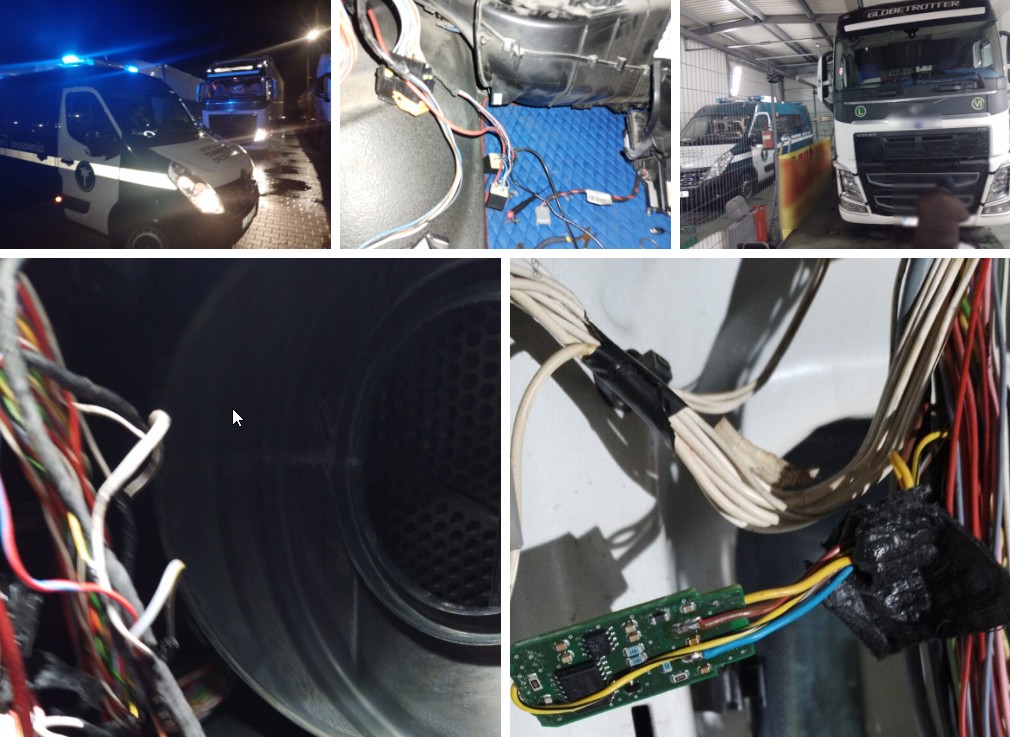 The trucker was stopped in north-east Poland earlier this month having returned from Belarus with an empty trailer.

During the subsequent check, commercial vehicle inspectors found that a tachograph manipulation switch had been installed.

In a press release, the road transport inspectorate for the Lublin area said that the device had been “perfectly hidden” in such a way that suggested “great care” and “innovation” had gone into the hack.

The inspectors added that it took a specialised technician as long as 12 hours to remove the device and put the truck’s components back to together.

The trucker’s employers were fined €2,543 and will also face charges.

Interestingly, the inspectors said that the driver of the lorry had admitted that the tachograph manipulation had been fitted after a crash. During the repair job, a lot of parts needed to be dismantled, thereby presenting an opportunity for the trucker’s employers to fit and then obscure a tachograph hack.

However, as the Lublin inspectorate has boasted, there is no such “invisible circuit breaker” for their team of inspectors.