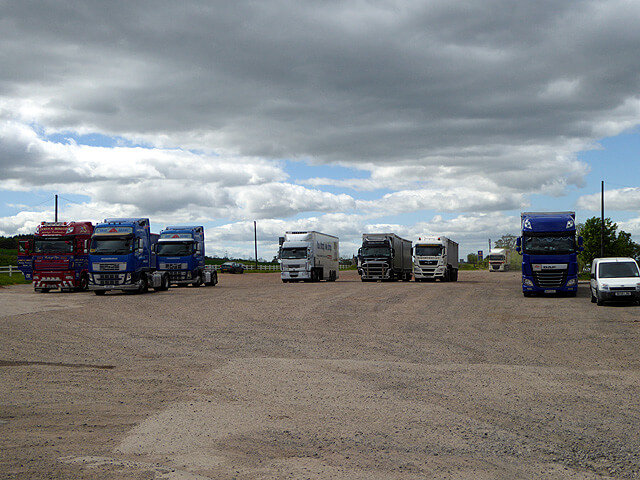 Geoffrey Cave-Wood, who has 60 years’ experience in the transport sector and worked for the IRU, has told Kent Online that parking facilities in Egypt are better than the UK.

“Having driven through the Middle East, the Far East and Africa, I can say there are better driver parking facilities in Egypt than the UK” – the CPC manager trainer is quoted as saying.

The transportation expert recommends that permanent lockable portaloos be installed along A20 and M20 to provide more acceptable parking places for lorries.

‚Lorry parking here is worst in the world’

As the end of the Brexit transition period gets ever closer, both hauliers and Kent county are asking for help in dealing with the lorry traffic that could possibly occupy the roads of Kent – the very region where lorries heading to Dover and the Eurotunnel are going to queue while waiting for customs procedures.

As we have reported before, the British government’s own research estimates a worst-case queue of 6500 lorries per day in Kent in January when new customs procedures apply to HGVs travelling to and from the European Union. To try and solve the problem, the government launched an emergency truck park building programme last month.

When asked about parking problems in the area, Geoffrey Cave-Wood, who has been working in the transportation sector since 1960, said that Britain had problems in Kent unlike anywhere else and he was sure it would only be worse in January after Brexit. Therefore, he has suggested to the member of parliament of Kent that permanent lockable portaloos be installed on the A20 and M20 for use when Operation Stack is implemented.

Cave-Good brings attention to the lack of toilets and says:

The problem is not the fault of the transport operators and their drivers but Highways England, planners and supermarkets. The whole shooting match results in permanent breaches of all health and safety legislation.”

Photo credit © John Lucas and licensed for reuse under this Creative Commons Licence.