Last week, we reported on how The Department for Transport's National survey of lorry parking 2022, produced by AECOM, contains interesting information concerning the parking preferences of foreign hauliers. However, by and large, the most obvious conclusion to be drawn from the document is that neither the quantity or quality of lorry parking in England is anywhere near where it needs to be. 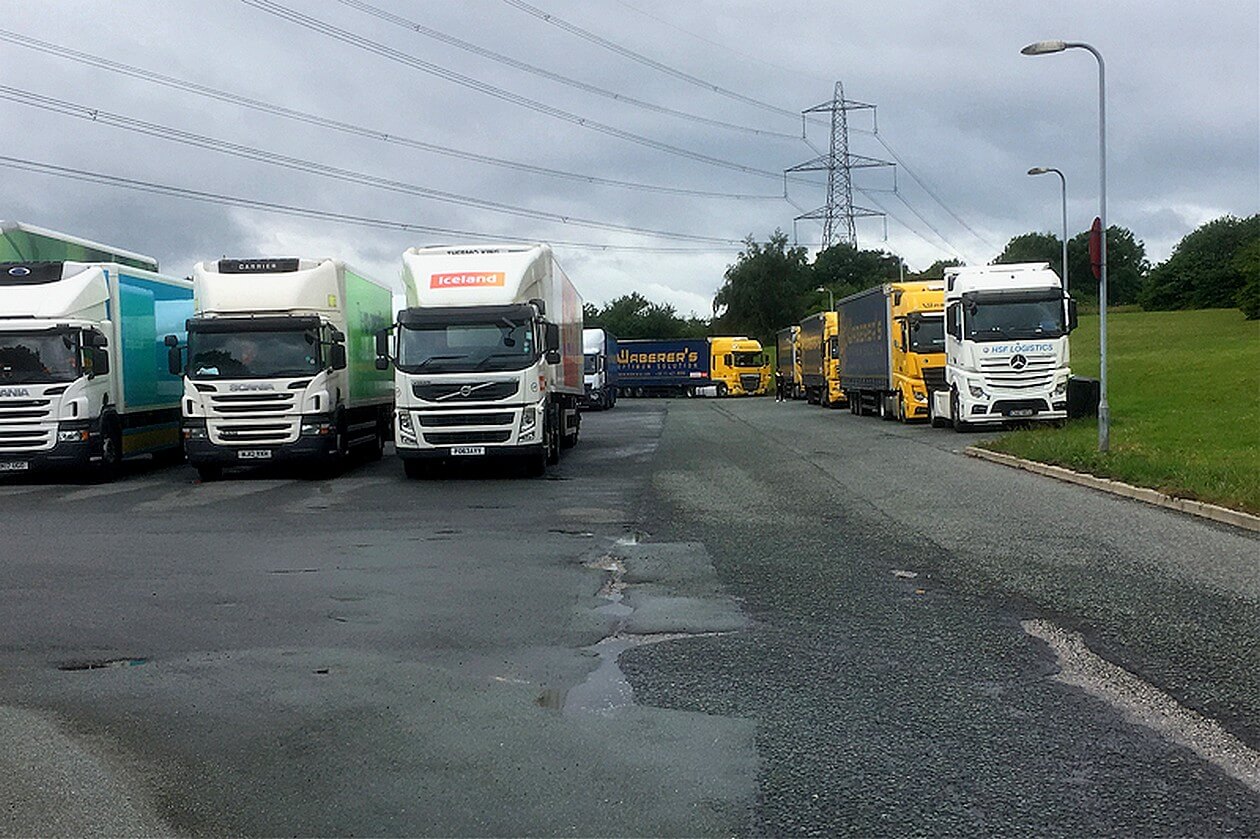 When it comes to quantity, the overall utilisation of lorry parks in England was found to be at 83%, which is described as “serious” by the DFT’s own system. At 85% utilisation, this moves to “critical”.

In addition to this, another significant problem outlined in the report is the lack of amenities available to drivers at lorry parks, as well as a lack of security features.

This is most evident in the report, which breaks down the facilities available at lorry parks into the following 6 categories: 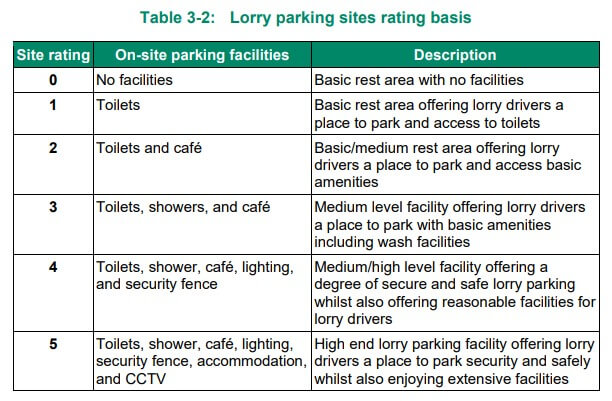 As can be seen in the chart below, in some regions such as the East of England, the South East and the South West, a majority of lorry parks are rated at category 2 or below. This means that over 50% of the lorry parks in these areas have no showers, CCTV, lighting, security fence or accommodation.

Conversely, by far the best regions for lorry parking are the Yorkshire and the Humber, North West and West Midlands, where the vast majority of lorry parks are rated at category 4 or 5.

If you average the percentages and round them up to get a nationwide picture, you find that over one-third of England’s lorry parks are rated at category 2 or below.

Only 6.5% of England’s lorry parks are rated at the highest category. 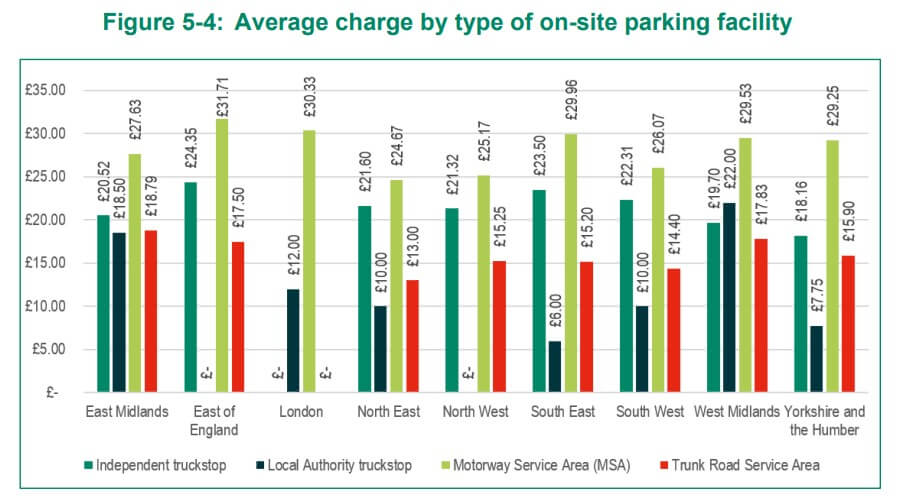 In addition to this, it is also important to add that these lorry parks are not exactly cheap either.

The report shows that Motorway Service areas (MSAs) are easily the most expensive lorry parking option in every region in England. The highest parking price at an MSA is in the East of England, where drivers/hauliers are expected to fork out an average of £31.71.

Across England, the average price of parking at an MSA is £28.85, with independent truck stop parking priced on average at £21.43.

Commenting on the findings of the DfT report, Michelle Gardner, Head of Policy at business group Logistics UK, said:

“As Logistics UK has been saying for a long time, today’s results from the National Survey of Lorry Parking have confirmed that England’s commercial drivers are woefully under-catered for when it comes to accessing safe and secure overnight parking areas. This has been an issue for too long and is preventing the industry from recruiting and retaining the skilled workforce that it needs. The government’s stated objective to improve the situation is welcome, but industry now deserves action, so that more parking facilities are developed, at pace, where they are most needed. Logistics UK stands ready to work proactively and collaboratively with all stakeholders so that these key workers can access the safe, secure facilities they are entitled to while undertaking their daily tasks.”