The MD of Lymm Truckwash believes the UK Government should be doing more to facilitate the construction of lorry parks, maintaining it is not up to hauliers to invest in such facilities. 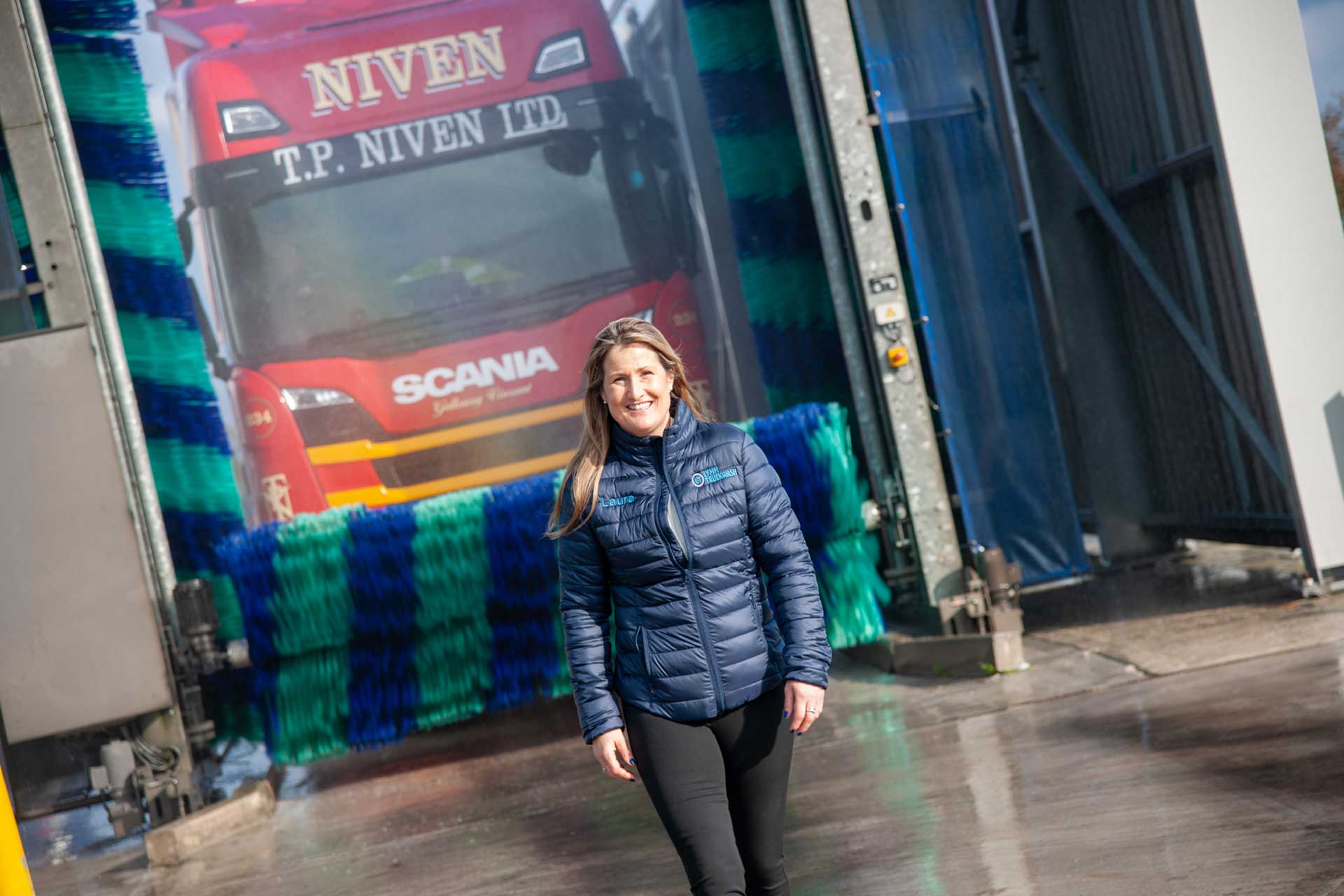 The UK’s supply chain crisis and driver shortage has inevitably seen the issue of Britain’s poor HGV facilities come to light. In the opinion of RHA Policy Director Duncan Buchanan, ‘NIMBY’ local authorities are often to blame for the lack of rest areas and lorry parks. Another who appears to share this opinion is Laura Cardwell, Managing Director of Lymm Truckwash.

As Laura explained to Trans.INFO, Lymm Truckwash has been trying for the past 4 years to provide a HGV fuel bunker to offer another facility on their site to the haulage industry, beside the existing wash – the largest and oldest truckwash in Europe – established in 1967 by her Father. She feels the same scenario is unfolding across the country, and wants central government to take more responsibility when it comes to new HGV facilities.

Laura told how Lymm Truckwash’s attempt to get planning permission for a fuel bunker was rejected after 4 years of hard work and £120,000 in costs. She stresses that her company wants to invest in further HGV facilities on the site but fears the council (Warrington BC in this case) will hamper this again and create more years of stress and expenditure, which could and should be being spent on creating HGV facilities.

The main issue is that land for the bunker and additional queuing is with in the Greenbelt (despite being 30 seconds from the M6, landlocked and on the Strategic Road Network). Laura maintains that she doesn’t want to see greenbelts eroded, but states the area is 2 – 3 acres of Previously Developed Land, with the old hardcore less than a meter down (it was the original Pops Cafe truckstop until the services were built over the road in 1996). This means it is not home to any wildlife and cannot be used for cultivation either. Therefore, she doesn’t see why the plans should have been rejected. 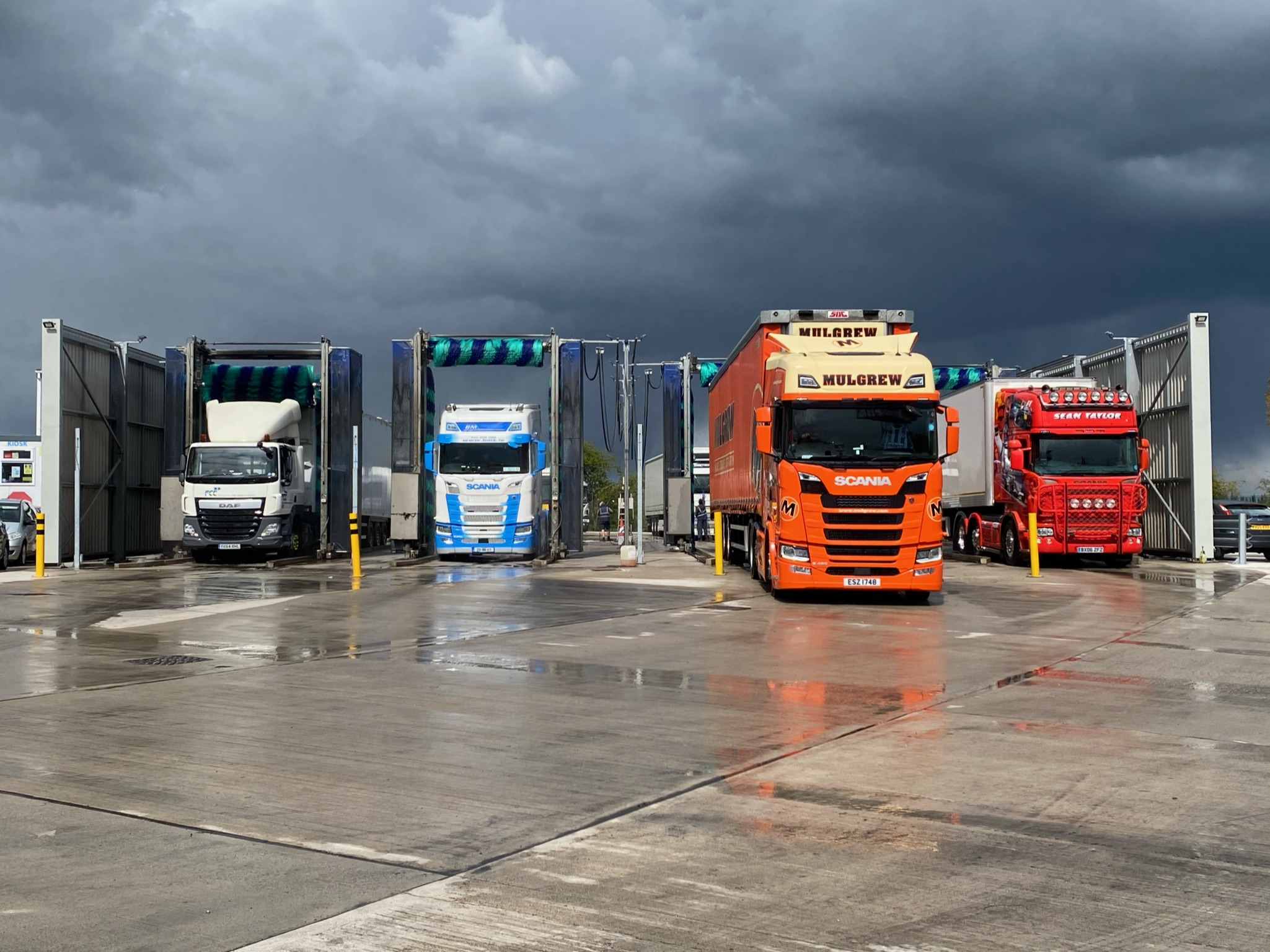 The planning officer, as Laura puts it , would “not budge”. Planning officers and councils are meant to work with the applicant to come to solutions but every solution we found they dismissed. We found similar cases around the country that had overcome the greenbelt issue and used them as case studies.  The NPPF allows for special circumstances to allow building on greenbelt. We believed we had these special circumstances, but they just rejected every option we put forward. They do not want to work with businesses to enable the haulage industry to attract more drivers and people into it.

The case was even put in front of Grant Shapps by the RHA as an example of how difficult it is to obtain planning within the Haulage industry for facilities.  He acknowledge it but said that due to protocol Government cannot intervene.

“In my mind, it’s ridiculous,” says Laura, “Government should be able to pull rank at some point, shouldn’t they? In some cases they seem to have done that, with inland border facilities for example. You can’t always hide behind protocols.”

The frustration at Lymm Truckwash over the difficulty in getting planning permission for the extension has also been compounded by the fact that a new services on the M62 was put forward for approval by the same council (though the committee did later reject it) saying the Green Belt issue was insignificant (it was on about 30 acres of farmland within the Greenbelt).

Laura says: “How can that be so insignificant but our 2- 3 acres of Previously Developed wasteland be so significant?”

Laura also stressed how the fuel supplier for her site is a Crown Oil supplier, meaning that in a fuel crisis or shortage, (as we have just seen/still living in), they have to guarantee fuel for the emergency services. The bunker would also provide adblue and HVO (which many other fuel suppliers are not supplying yet).

These points, along with the fact the bunker would be on the Strategic Road Network, where put to the planners, but in Laura’s opinion, councillors “cherry picked all the stuff that would stop us, and just ignored all the good bits. They did not want not to work with us to come to a solution, even going against the support of their own Highways department (and others) who all supported the application.” 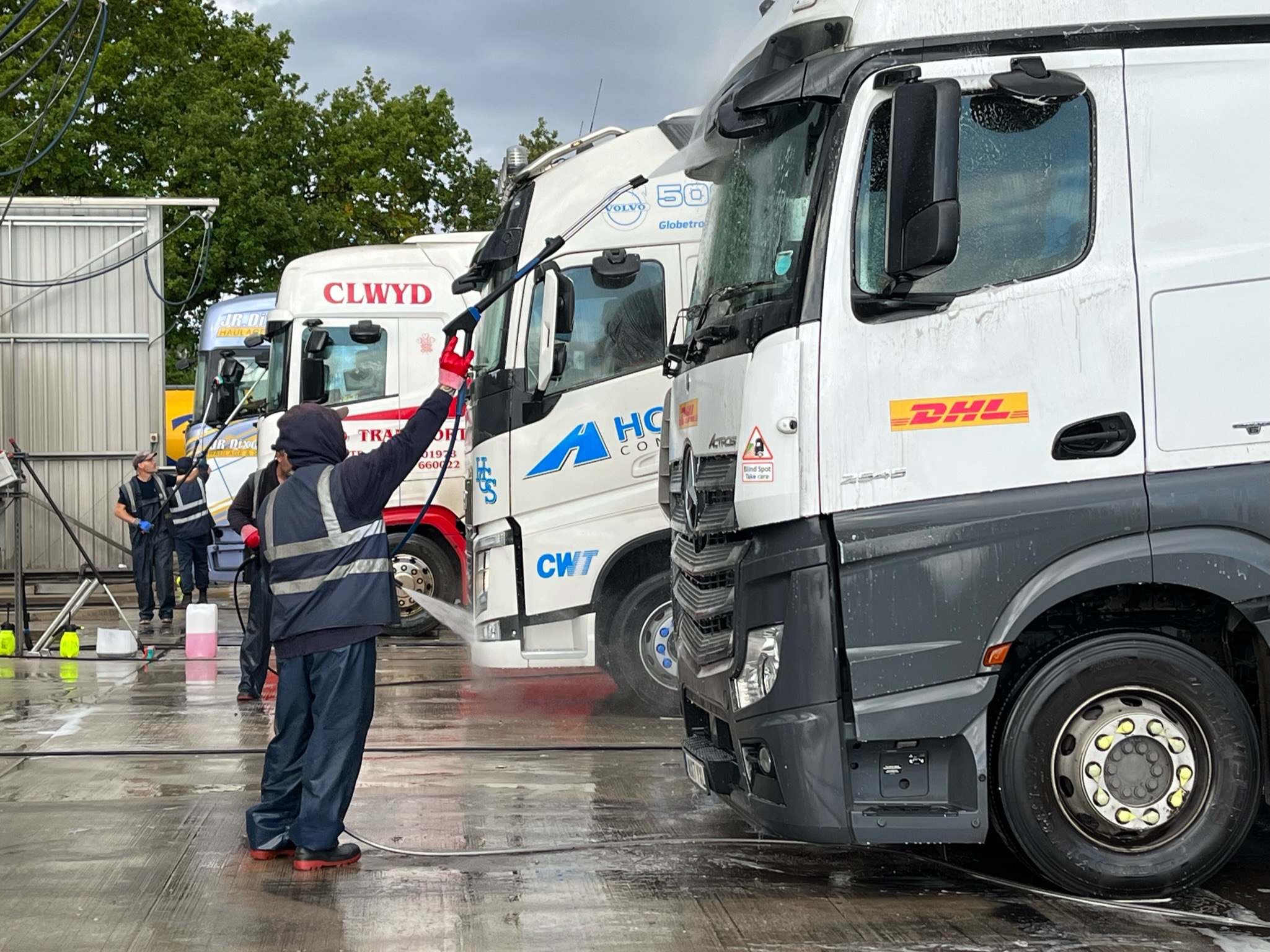 Many councils seemingly reject lorry park proposals due to pressure from a small group of residents inherently opposed to the plan. Laura says:

“I for one do not believe in making wagons pull off the strategic road network and drive for some 2 to 5 miles to use essential facilities, this is not good for the roads or environment. Therefore if you choose to live near one of the largest truckstops (Moto) and truckwash (us) then you have to put up with HGV noise. The power that the Council, the Parish Council and residents can hold is unbelievable, yet I bet they are the first to complain if they did not get their essential goods and Christmas presents!”

Laura also made it clear what she thought about the Prime Minister blaming the haulage industry for not investing in lorry parks:

“Boris called us out last week and said the reason that you’ve not got youth coming into your industry is because you don’t put money in – you don’t provide facilities and are not investing in the industry. Well, we are trying to do that, and I wasn’t aware if you were a haulier it was up to you to build your own truck parks around the country – their own yard and office yes, but it is not viable to build more around the country. That is were suppliers like us come in. You look at the continent, and you think wow, they’re all government funded, they’re really nice. And then there’s us. It’s just awful what the drivers here have to put up with. You would think that as a private company we would be welcomed and encouraged to invest in the local and subsequently national economy. Especially after the pandemic.”

Due to the current dearth of lorry parks, as well as the debacle Lymm Truckwash has had trying to extend its site, Laura is understandably of the view that UK planning policy “needs to be looked at”. My landlord has worked in commercial property for 25 years and says it the hardest industry he’s ever worked in to get planning. He has done industrial parks which are far larger than our site but he’s never known planning like it.”