Manufacturing in Italy, Ireland and Germany increased; in Spain and France stagnated in August, according to PMI data 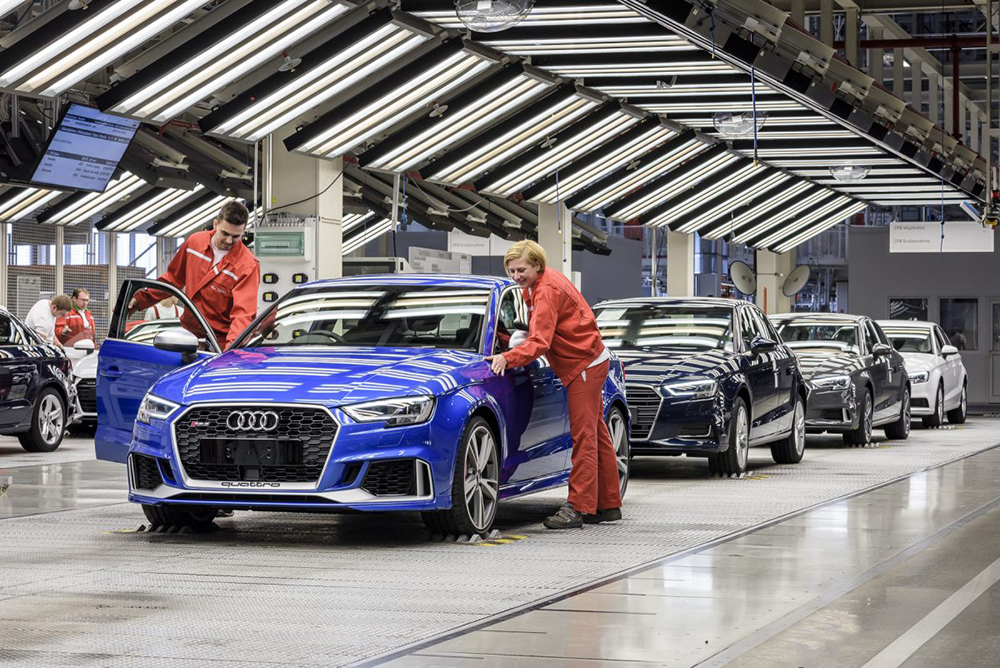 Eurozone Manufacturing PMI data by IHS Markit speaks about modest but steady growth in the manufacturing results in August. Italy led the way in terms of growth, but Ireland, the Netherlands and Germany also recorded solid improvements in operating conditions since July. However, manufacturing performance stagnated in Spain and France.

The recovery of the euro area’s manufacturing sector continued during August. Output and new orders both rose at marked rates and ensured that the IHS Markit Eurozone Manufacturing PMI remained above the 50.0 no-change mark for a second successive month.

Growth was again widespread, with all three market groups registering an improvement in operating conditions compared to the previous month. The consumer goods category was again the best-performing, retaining a solid pace of expansion. Relatively modest gains were seen in the intermediate and investment goods categories.

Country-level data indicated some divergent trends in manufacturing performance. Italy led the way in terms of growth, registering its best improvement in operating conditions for over two years. Ireland, the Netherlands and Germany – where growth hit a 22- month peak – all recorded solid improvements in operating conditions since July, while Austria registered modest growth.

In contrast, manufacturing performance stagnated in Spain and France, while Greek manufacturing conditions deteriorated for the sixth month running.

Eurozone manufacturing output growth was recorded for a second successive month during August and accelerated to reach its highest level for over two years. Germany, Italy and Ireland registered the strongest increases in output.

New orders also increased for a second month in succession, with growth again marked despite easing slightly on July’s near two-and-a-half-year peak.

Continued gains in new business led to a slight increase in backlogs of work during August, the first growth in two years. Nonetheless, manufacturers continued to make sharp reductions in employment: Latest data showed that job numbers were cut for a sixteenth successive month, albeit at the slowest rate since March. Job shedding remained the most acute in Germany.

Confidence about the future is highest for more than 2 years

Meanwhile, prices data indicated little overall change in input costs faced by manufacturers. Declining prices in Austria and Germany were offset by inflation across the rest of the region.

Competitive pressures led to a fourteenth successive monthly fall in output charges, although the latest contraction was marginal and the weakest recorded in the past year.

Finally, confidence about the future continued to pick up during August, reaching its highest level for over two years as firms look forward to the ongoing recovery from the impacts of the pandemic on economic activity. Italian manufacturers were the most optimistic about the future, whilst French firms were the least confident.